Amalek is at war with General Flynn and Christians in America 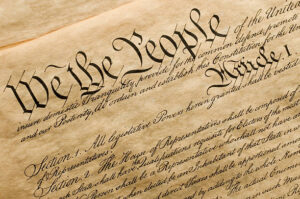 Something is gravely amiss. A dis-ease. There is a war going on: between Good and Evil (dEVIL); Order and Chaos, God and Satan; whose real name is Amalek: sucking out all goodness, mercy and compassion, loving kindness and charity. Amalek: evil incarnate. Friends of mine from all walks of life have commented on the change they feel. Not the usual change. No, there is the scent of evil in the air. Fighting to defeat good, order and God. I knew it to be a fact when I watched Frontline and its attack on General Michael Flynn.

Imagine my surprise when I learned from Frontline, in conjunction with Associated Press, that the real enemy of America is Christianity – well, not Christianity; Christian Nationalists! And it is General Flynn who is “now is at the center of a far-right Christian nationalist movement that has a growing influence in the Republican Party.” Seems they fear his message regarding local politics.

“These ‘woke’ members need to be defeated in detail this upcoming election. Our children’s lives and futures are at risk when our school boards here in Florida and around the nation shove [critical race theory] and transgender nonsense down their throats.”

First, who is Amalek?

We have known Amalek for a long time; we have  known him as Satan. Satan appeared in the Garden of Eden, as a serpent, and enticed Eve to fall. And she did. Satan has lived on through time but his real name is Amalek, leader of the tribe who attacked the Jews as they fled Egypt after 400 years of slavery.

Hundreds of years later, God told King Saul to destroy the entire tribe; men, women children, animals must be destroyed. Had Saul just listened to God, had he punished Amalek for his attacks against the newly freed Jews leaving Egypt, had he crushed Amalek, put him under the curse of destruction with all that he possessed, perhaps evil would have been removed from the earth. Instead, Amalek is the foe of all who believe in God, good and order.

In my book: The Serpent and the Red Thread the Definitive Biography of Evil, I traced the history of Amalek, from the Serpent in The Garden to the present. I thought that Obama was today’s 21st century Amalek. I was wrong because I thought Amalek was just after the Jews. No.

Amalek is after the ethic the Jews brought into the world, the ethic that underpins the American Constitution that all people are born with equal intrinsic value, all life is sacred – all life, and that we have moral agency, free will to use for good following the teachings of the Bible.

This ethic is under full frontal attack by the evil coming from the left; a cabal of evil, including the World Economic Forum working studiously with leaders of the free world – so-called Progressives –  who will do everything in their power to force freedom loving people to bend the knee to the false gods of a new world order; cancel culture, the destruction of family, BLM and Critical Race theory. I wrote about this in my book Bullies of Woke and Their Assault on Mental Health.

According to Frontline, General Michael Flynn is the enemy and sits at the center of a far-right (code for dangerous/evil) Christian nationalist movement that has a growing influence in the Republican Party. In speeches across the U.S., he urges his supporters to get involved in local politics as a way to change the country from the bottom up (While the Progressives try to destroy it bottom up and top down).

In collaboration with the Associated Press, FRONTLINE examined how Michael Flynn, the retired three-star general, has emerged as a leader in a grass roots far-right movement, a “spiritual war” that puts its brand of Christianity at the center of American civic life and institutions and is attracting election deniers, “conspiracists” and extremists from around the country. And they have the nerve to promote gun rights and fight against the wanton murdering of the fetus – up to birth. That dear people is evil – to be against the killing of a full term fetus.

They say Flynn questions American democratic institutions, repeats lies about the 2020 election, attacks the news media and embraces conspiracy theories about COVID-19. One of the groups he’s welcomed into the fold is the “violent extremist group” the Proud Boys. Not fond of Proud Boys. Would be nice if the left went after Antifa with the same vehemence as they go after Proud Boys. But I digress.

Seems questioning an election is verboten if one is on the right but questioning elections from the left is just fine, thank you. Al Gore losing the election comes to mind. And beloved Hillary Clinton is already questioning the results of the 2022 midterms and the 2024 elections  -well she did go nuts when she lost to Trump in 2016. No one labels them as extremists.

I have many moments of angst regarding Christianity: Jews were murdered because of Christian antisemitism for 2000 years. But attacking Christianity as evil, in America? America, where the Greatest Constitution ever written is based on the Hebrew Bible?

General Flynn has established a centre called The Hollow in Sarasota, Florida owned by Victor Mellor Sr., a former Marine. The Hollow is a 10-acre site that’s at times a children’s playland, wedding venue, organizing space and weapons training ground.

According to Michelle R. Smith, journalist at Frontline:

“Last fall, the Hollow drew thousands to events with Flynn in attendance where doctors distributed mask and vaccine waivers for school children. The site hosts political groups and candidates, offers free playdates — with water slides, zip lines and a bouncy house ( reminds me of the “evil” Trucker Convoy in Ottawa, Canada where bouncy houses were set up for the children) — has advertised classes on “Biblical citizenship,” food storage and wound and trauma care, and provides access to a neighboring, unpermitted gun range to ex-military and law enforcement. The gun range has hosted groups as large as 40 and has offered free shooting lessons to children as young as 6.

“The bunker then opens onto an expansive outdoor space decorated with American flags and bunting and landscaped with palm trees, pathways and pergolas. One winding path connects to an adjacent property that includes the gun range.”

I guess the flags scare them. Seems flags scared the left in Canada, too, during the Freedom Trucker Convoy.

In a meeting space at the Hollow there is a banner that promises “any attempt of violence towards our children will be met with overwhelming deadly force.” (Say it ain’t so) Another reads: “To disarm the people is the best and most effectual way to enslave them.” And a Thomas Jefferson line reads:

“The tree of liberty must be refreshed from time to time with the blood of patriots and tyrants.”

On another wall hangs a “soldier’s prayer,” signed by Flynn, that reads in part: “Let Your truth be my shield and buckler/Against the fiery darts — the lies — of the enemy.”

Seems Frontline and AP are really worried about Christians fighting for family and the American Constitution. Flynn’s group  supported candidates in Sarasota who would stand against mask and vaccine mandates and willing to fight at the local level against schools that teach and preach transgender ideology by calling for a ban on books they see as objectionable and stop any talk of sexual orientation. The nerve.

But the killer for Frontline and AP was the participation of “far-right activists” like Kimberly Fletcher of Moms for America at a Halloween party at the Hollow.

The horror of it all. Moms for America®’s mission is to empower moms to raise patriots and promote liberty for the healing of America.

“Our vision is to build a national movement of moms to promote the principles of Liberty to restore the Republic, and create a culture of truth, family and freedom in our homes and communities.

Adore God. Reverence and cherish your parents. Love your neighbor as yourself and country more than yourself.” – Thomas Jefferson

Now that should scare everyone! Seems members of the group attended the Jan. 6 rally so of course they are evil Moms.

I think the problem AP and Frontline have is that these Moms stand with the Constitution.

NPR, a publicly funded media outlet, is labeling Christians as “extremists” for standing up for the ethic of freedom, for the sanctity of family and faith.

This is AMALEK at large.