Stop Jew hatred: Act like our great warrior heroes of the past. 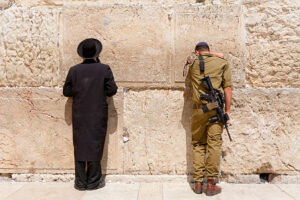 “The hatred of people who aren’t like you, the idea that something will be solved if only such people can be made to disappear – this sometimes start with Jews but tends not to end there.” Matti Friedman Spied of No Country

The Nazis were able to segregate the Jews from the others, gather them in concentration camps and then incinerate or shoot them to death as the world watched – in silence. We are now back in our legal and historical home in Israel, but the Jew hatred never ends. First they tried to kill us individually with pogroms and persecutions and Inquisitions and incinerators. And now they attack the ONLY Jewish state.  Muslims all over the world call for the extermination of Israel – they learned well from their Nazi allies during WWII. Churches attack Israel.

When it comes to an irrational fear, Jew hatred is in the number one spot. Jew hating is the most irrational fear of all fears.  Cowardly bullies go after the Jewish people and the Jewish people need to develop resilience against that bullying; intellectually, yes, but just as importantly, physically. Calls to kill us are heard around the world. Let me remind you what Machiavelli taught: if someone says they are going to kill you, believe them. And then prepare to defend yourself!

Have we not learned, yet, that revenge societies admire strength? That they can smell weakness: “When the camel falls, the knives multiply” (old Arabic proverb) and they love the idea of appeasement because appeasement breeds contempt.

It is time for all of us to accept that fact and move on. Jew hatred will never accept the right of Jews to be Jews.  Jew hatred around the world is at an all-time high. “Jews have been getting attacked in the streets: hunted, chased, beaten, burned, and stabbed.”

Our students on campus are under attack. Hate for others on campus is not allowed.

The Anti-Defamation League’s most recent “Audit of Antisemitic Incidents,” says the United States saw more than 2,100 reported acts of assault, vandalism and harassment—up 12 percent over the previous year. This represents the highest level of anti-Semitic incidents in the 42 years that ADL has been reporting on them.

And a swastika was found in the State Department in Washington. A SWASTIKA

It is time to stop talking and writing letters and having conferences. Dear God – No more slogans!

We have talked, written and protested.  So what? 14 million Jews in a world of 8 billion – the majority of whom have been raised, bathed, swaddled and trained like seals to hate Jews. There are 1 billion Christians and 1 billion Catholics, who preach love for one’s neighbour. Yet, for 2000 years and still, today, after the cold blooded murder of 1/3 of Europe’s Jews, too many, including the  World Council of Churches (WCC) and the United Church, which stands with BDS against Israel  attack Israel, the JEWISH state; not Iran or Syria or Russia or China. Nope Israel: The people who brought the ethic into the world that makes freedom possible; that gave rise to Christianity.

There are 2 billion Muslims whose religion is based on revenge and whose daily prayer attacks Jews. There is a Hadith that calls for the death of every Jew!

And now China, once a friend of the Jews, is attacking Israel.

Jew hatred came into the world around the same time that God and the Jewish people entered into a covenant. That covenant broke with the past and tribes in the area because the covenant promotes sanctity of all life, while the tribes promoted honour/shame values that include revenge. In Judaism, revenge only belongs to God. Judaism brought equal justice for all into the world view.

Nothing we say matters. Facts do not matter. The mosque in Jerusalem sits ON TOP of two Jewish Temples; yet the world accuses the Jews of colonizing. When we point out that we are the Indigenous peoples of the land, the indigenous peoples of America and Canada stand with BDS. Ignorant of the facts, they say we are white occupiers and oppressors. How sad that we, the Jewish people, are ignorant of our people and our history.  That Israel has millions of dark-skinned Jews: Mizrachi Jews from the East; the Islamic world who lived there for thousands of years; indistinguishable from the Arab population. Sephardi – the dark-skinned Jews who fled to Spain post 1492, and the Bokhari who are Jews who come from the region in modern-day Uzbekistan that used to be an important city in the Turan region of the Persian Empire. Some important Islamic scholars come from this area, such as al-Bukhari (compiler of hadith). How many Jews know of the dark-skinned Jews who were the first spies of the future state of Israel and the precursor to all of Israel’s spy agencies? They were known as the Ones Who became Like Arabs – mista’avrim…Mizrahim. All Jews should read Spies of No Country by Matti Friedman.

How sad for Israel that the Arab Jews have not been elevated to high positions so the world could see that Jews are not “white.” Too many people have no idea that often when walking on a street in Israel you cannot tell a Jew from an Arab

You cannot protect and defend what you do not know.

So what should we do?

It’s time for Jews to reconnect to our illustrious history of defending our selves. From the haggiborim, heroes of King David, to the glorious Maccabees, to the teachings of Jabotinsky. Do our young people even know about Jabotinsky? During his youth, Ze’ev Jabotinsky took a leadership role in organizing self­-defense units and fought for Jewish minority rights in Russia. He then traveled the length and breadth of Russia urging self-defense on the Jewish communities. He was behind the Betar Movement. In 1937, the Irgun Tzvai Leumi (I.Z.L) became the military arm of the Jabotinsky movement and he became its commander. The three bodies were headed by Jabotinsky, The New Zionist Organization (N.Z.O), the Betar youth movement and the Irgun Tzvai Leumi (I.Z.L) were three extensions of the same movement. The New Zionist Organization was the political arm that maintained contacts with governments and other political factors, Betar educated the youth of the Diaspora for the liberation and building of Eretz Israel and the Irgun Tzvai Leumi (I.Z.L) was the military arm that fought against the enemies of the Zionist enterprise.

Let us not forget Meir Kahane, the  ideological father of Jewish Power, the man behind the JDL; the Jewish Defence League. Yes, some say he was an extremist but his legacy should be that Jews can and must be able to defend themselves.  And, today, we have the JDL in the diaspora. And we need them.  Antifa and BLM wreak havoc – well that’s OK. We scream that Black Lives Matter and turn a blind eye to the destruction they cause. A member of the JDL stands up to defend Jews and he is accused of being part of a terrorist organization. Well, people, Jewish Lives Matter. Too many Jews are not prepared to defend our rights to wear our kippot, our stars of David, display our mezzuzot on our door posts and stand proudly with Israel. Because of fear. When we are no longer afraid of being physically hurt we can stand up to anything. Seems we have not learned that weakness attract bullies. Ducking and hiding is never the answer.

It is time for every Jew to learn self defense. Teach it in day schools, in Hebrew schools, at Jewish camps. After school programmes.  We can learn Krav Maga from the IDF or we can learn jiu jitsu like our Israeli brothers and sisters. After their smashing success, perhaps we should rename it Jew jitsu.

When we honour our past, our great fighters, we will be respected and left alone to live as Jews, in Israel and the Diaspora.