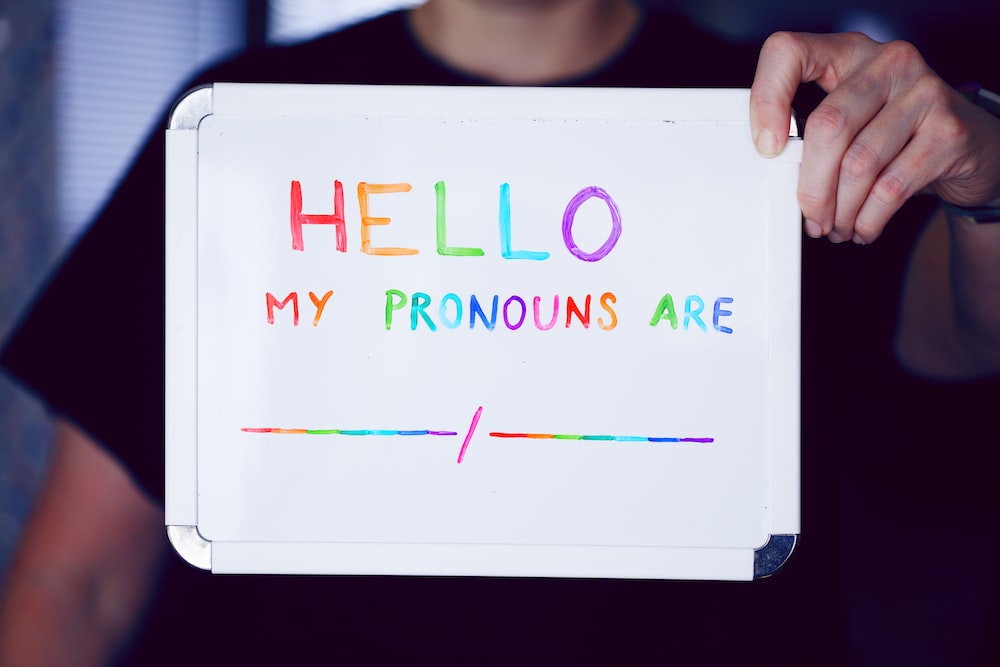 I know: what a headline. Never in my life did I think I would write about transgender-  as it has not been a “condition” for the vast majority of my time on earth – let alone write about orgasms. Where is Dr. Ruth,”Yes, 90-year-olds should still have sex!” when you need her?

My curiosity got to me when I listened to stories from transgender people and read about the surgeries that would miraculously turn a man into a woman and a woman into a man. Can these people still have an orgasm? Ask a question and sometimes you learn more than you bargained for.

I decided to share what I have learned hoping parents and those thinking that it is possible to change one’s sex – not gender, as gender is fluid, but one’s sex: man to woman, woman to man – will rethink.

To me, this is nothing but child abuse when parents are involved; getting all excited about their 4 year old who “knows” he is not a boy and was born in the wrong body!

And this “lie” is just as tragic when adults make these decisions. Time will tell. Perhaps. If facts are ever revered again.

I must admit my head was spinning when I read about women who do not want to be women; they want to be men. But then as a “man” they became pregnant. What? If you truly find being a woman anathema to your state of being, why would you become a man and get pregnant? The one thing a woman can do that a man cannot is bear children. What could be more female than that? But I digress.

Seems we need to turn to the Bible.

God made creating babies a rather beautiful event. Two become as one in a physical connection that brings great joy to both the man and woman. It is called an orgasm.

An orgasm is the height or peak of sexual arousal when the body releases sexual tension and pressure. It involves very intense feelings of pleasure in your genitals and throughout your body.

During orgasm, your body releases dopamine, known as “the feel-good hormone,” and oxytocin, sometimes called “the love drug.” These hormones increase feelings of happiness and other positive emotions, and they counteract the “stress hormone,” cortisol.

Orgasm occurs during sexual stimulation of your genitals and sexual (erogenous) zones of your body. These include the penis, testicles, clitoris, vagina, nipples and anus.

I think God made the act of creating enjoyable to ensure that a man would want to have relations with a woman to ensure the continuation of the species. And she would want his advances.

Transgender women ( man to woman) on hormone therapy may be at a higher risk for cardiovascular problems, such as stroke, blood clots and heart attack.

For a woman who decides to be a man, complications of masculinizing hormone therapy include:

So, mom, dad is this what you wanted for your child?

But there is more!

Surgeries to “change” your body.

Dear parents who are so excited about their child’s transgender feelings.  The following is also part of that “happiness.” Is this truly what you wish for your child? Perhaps you may wish to rethink helping your child accept their body and help them be comfortable with it rather than mutilate it.

How much can it cost to become the other?

Three options for lower gender-affirming surgery for transgender women ( a man becoming a woman) include:

Orchidectomy: This involves the removal of the testes. It can be a stand-alone procedure or occur during a vaginoplasty.

Vaginoplasty: This involves removing the penis, testicles, and scrotum and creating a vaginal canal and labia. The surgeon will also create a clitoris using a portion of the glans penis.

Vulvoplasty: This creates a vulva, including the mons pubis, labia, clitoris, and urethral opening. People may opt for this surgery if they are uninterested in receptive vaginal sex or do not wish to maintain the dilation and aftercare regime necessary after vaginoplasty. People may also refer to this option as a minimal depth vaginoplasty.

Following surgery, it can take time for people to recover and start to experience orgasms.

When people undergo a vulvoplasty, the surgeon forms a clitoris from the head of the penis. This means most people will still be able to experience orgasms through clitoral stimulation.

Transgender women may experience a decrease in sex drive after gender-affirming surgery.

According to a 2020 article, people can stop taking anti-testosterone medication and may experience a decreased sex drive following an orchidectomy. Hormone replacement therapy may help maintain a regular sex drive. It may.

What about a woman who wants to be a man?

Mastectomy, or “top surgery”, is typically the first—and sometimes the only—surgical procedure performed for the transman patient who is transitioning. Nipple grafts, the peri-areolar/ “keyhole” technique, and adjunctive lateral chest wall liposuction. Facial masculinization surgery (FMS) refers to a range of procedures that can be performed to lend a more chiseled and masculine appearance to the face. Because facial features offer important visual cues as to one’s gender. Body masculinization surgery (BMS) liposuction technique that targets fat in the flanks, inner and outer thighs, upper body, chest, back, and/or buttocks to reduce the feminine “hourglass” shape and create a masculine physique. Gender confirmation surgery (GCS). The surgeons at the ICTC perform GCS using an innovative technique known as the Centurion procedure. During this procedure, the patient first undergoes vaginoplasty and a complete hysterectomy including removal of the ovaries. The existing outer genitalia are then used to create a penis that retains sensation and some function, along with a male urethra. The clitoris is used to form the head of the penis, allowing for erectile capability. Finally, a scrotum is formed using the labia majora and testicular implants are placed.

A phalloplasty is a multi-staged procedure that may include a variety of different procedures, including creation of the penis, lengthening the urethra so you are able to stand to pee, creating the tip (glans) of the penis, creation of the scrotum, removal of the vagina, and placing erectile and testicular implants.  It is important to note that each staged surgical plan is unique to each patient and may or may not include some/all of the above procedures. While the outcome is similar, there are three primary types of skin flaps the surgeon is able to use to create the penis. These options are a radial forearm free flap (arm), anterolateral thigh flap (leg), and musculocutaneous latissimus dorsi flap (side). Creation of the penis is stage one, involves changing the clitoris into a penis and a subsequent skin graft 3-5 weeks after the initial surgery.  The second stage, scheduled approximately 5-6 months later, may include lengthening of the urethra to allow for urination out of the tip of the penis, creation of the scrotum, and removal of the vagina, etc.  A third surgery, staged 12 months after the initial procedure includes testicular implants and an erectile prosthetic to help with rigidity. The good news is you may have an orgasm – or not.

So, Dear parents who get thrills up and down their spines when their young children decide they are living in the wrong body, probably brought about by the Progressive teachings at school: all about feelings, forget the facts, is this the life you want for your child?

And young people: is this truly what you think will make you happy?