Trudeau:Eyewitness to Deceit: “Vengeance is mine” sayeth the Lord

When you fail to “kill” the king; if history is any guide, he will come back with a vengeance.

Many of us have known for some time that Justin Trudeau, Prime Minister of Canada, is a corrupt, immoral, unethical, inept man. He has been called out for his ethical breaches many times. There was his attack on Jody Wilson-Raybould, who was demoted because Trudeau didn’t like her investigation into Montreal-based SNC-Lavalin. Then he unethically accepted  a trip to the Aga Khan’s island at a time when the Aga Khan was discussing funding for projects with Trudeau’s government. And how about that We Charity unethical, immoral, illegal moment? 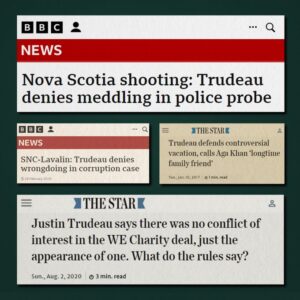 Now there are accusations of Trudeau improperly interfering in the investigation into the mass shooting in Nova Scotia-for his own political gains.

And let us not forget that our esteemed PM has been ridiculed worldwide for his imposition of the Emergencies Act. Members of the European Parliament stated loud and clear  “Canada has become a “symbol of civil rights violations.” Quite a  public shaming.

Hard to believe, there is more. He seeks revenge when his decrees are not obeyed. There is no doubt, our Prime Minister, Justin Trudeau, is a vengeful and vindictive man. He is taking Canada away from our Western Values where we are taught that vengeance belongs to God, that we are to be a just and merciful people, to an evil Honour/Shame culture where vengeance is woven into the fabric of society. There are many honour/shame cultures, today. Islam comes to mind.

The preamble to the Charter of Rights and Freedoms states “Whereas Canada is founded upon principles that recognize the rule supremacy of God and the rule of law: Trudeau believes he has the right to kick to the curb those he does not like. The “Intolerables.” Those who will not bend the knee to his decrees. Those who may shame him.  When the Freedom Convoy Truckers were still hundreds of kilometres away from Ottawa he implied that they were all homophobes, misogynists and white supremacists. He relies on the Progressives who shame those with whom they disagree by virtue signaling, canceling, doxing and name calling. He uses the CBC as his propaganda arm, to spread misinformation and rally the people against the “shameful.”

Honor and shame refer to the ongoing attribution or loss of esteem by one’s peers, family or social-class.  And any perceived shame is reclaimed through vengeance. That people hold Trudeau in any esteem is remarkable. This is a man who is the walking, talking definition of Privileged. He comes from money. He carries “a name.” Yet, he is a complete failure. He is a failed drama teacher and ski instructor. That’s it. He admits he doesn’t understand math. He wore black face and is misogynistic. The only way he can maintain power it to take us to a type of society that allows him, encourages him, to shame his opponents. This is vengeance. And that vengefulness is clearly exposed in Eyewitness to Deceit: PM Trudeau’s Inforwar on Freedom Convoy 2022 by Tom Quiggin and Rick Gill.

The book is an excellent analysis of the abuse of power promoted by Prime Minister Justin Trudeau and regurgitated by his personal Pravda outlet the CBC, regarding the free assembly of people who wished to protest the government’s vaccine mandates especially affecting the truckers 18 months into the mandates. Keep in mind that these truckers had his permission, if not his blessing, to drive all across Canada into the USA during the lockdown when restaurants and restrooms were closed. He had no problem while truckers were delivering anything and everything that people in lockdown needed or wanted. And then when the worst was over, Trudeau attacked them for having the audacity to demand the return of their freedom following his restrictive, if not punitive, vaccine mandates. All this going on while Trudeau was busy hobnobbing across the world, maskless, catching Covid, for the second time, and bringing it home, despite his claim that he had been vaccinated three times. Now that must have been shameful!

So he answers back:

“Trudeau says unvaccinated ‘must accept consequences’ of their decisions.”

Prime Minister Justin Trudeau says those who chose not to receive COVID-19 vaccines must accept the consequences of their decisions, including lost employment and restricted access to travel and other services.

“It was their choice and nobody ever was going to force anyone into doing something they don’t want to do.”

I don’t believe that Quiggin and Gill were planning to expose his vengeance – but they did! At the same time, these authors noted “…deceit comes from those who are supposedly responsible for law, order and justice.”

The book is well-researched, well written, easy to read, concise and factual. Mr. Quiggin, a former military intelligence officer who also worked with the RCMP and was considered one of the country’s top counter-terrorism experts; and Mr. Gill, with 38 years of military service and former member of the Canadian Security Intelligence Service, reveal the lies, the deceit used by Trudeau to attack the convoy and their followers: “Do we tolerate these people?” Of course not in his world  where he prefers to seek revenge; to destroy these working-class people who had the audacity to protest in Ottawa, the Capital of Canada. How dare they? There will be no justice and mercy for them!

Quiggin and Gill introduce us to the real leadership of the Convoy and expose those who decided to “ride along” and abuse the Convoy. They expose the lies the media shared meant to harm the reputation of the people behind the Convoy and berate the protesters, accusing them of arson, carrying illegal guns, and accusations of terrorists within the group. Protesters discovered that their bank accounts were frozen. Their lives put on hold. For protesting against the edicts of Trudeau.

Did Trudeau lie to get his way? To put opponents in prison? His abuse of the Emergencies Act is well-documented in the book. “The act was imposed more out of spite and vindictiveness than any degree of necessity.”  His minions, aided and abetted by a shameful media, accused the Truckers of arson and terrorism, without a scintilla of proof. But you can do that in an honour/shame culture.

Ottawa is preparing for the Freedom Loving People to return on Canada Day! The first gathering since 2019; with fencing throughout the Parliamentary area. How welcoming. 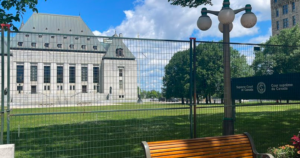 The Ottawa Police Service put out a stern warning  saying that it will be on the lookout for “racist, homophobic, misogynistic signs or speech” during this year’s Canada Day celebrations. 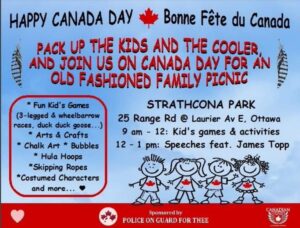 I wonder how Trudeau will respond: with charity and loving kindness, or revenge?

We need to save Canada and tell PM Trudeau that revenge belongs only to God, before it is too late.