What do Cancel Culture and the #IslamophobiaIndustry have in common? 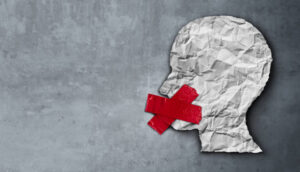 What do Cancel Culture and the #IslamophobiaIndustry have in common? An unholy alliance in their desire to destroy Western culture and the Judeo/Christian ethic upon which it stands, by bullying us into obedience and silence. They both try to silence objections by screaming racism when you disagree with their world view. In both ideologies, there is no acceptance of the teaching that all people are born with equal intrinsic value and all life is sacred. Together Cancel Culture and Islamophobia will destroy freedom.

Just recently, an Imam in London, Ontario, while sharing his shock at the death of four Muslims at the hands of a 20 year old home-schooled Christian white boy, driving a truck, blamed the Jews in Israel.  I can’t think of another group of people who would do such a thing. Not event today’s Nazis. Why would they do this?

Islamophobia means the irrational fear of Islam. Fine. Except there is nothing irrational about fearing an ideology that calls for your death. Machiavelli taught us that.

What is a Hadith: As the second source of authority in Islam, hadith complements the Qur’an and provides the most extensive source for Islamic law. The ultimate understanding of the Qur’an depends upon the context of Muhammad’s life and the ways in which he demonstrated and applied its message.

Who is Abi Hurira: He was one of the companions of Islamic prophet Muhammad and, according to Sunni Islam, the most prolific narrator of hadith. He is credited with narrating at least 5,374 hadith.

The #IslamophobiaIndustry wants to silence those of us who question Islam’s ethic despite the fact that Islam is not compatible with Western culture.

ICNA (Islamic Circle of North America) Canada  shares with its members, followers and supporters the book Riyad us Saliheen” where it says:

They bully us onto silence with their calls of “racism” whenever anyone says anything negative about Islam. Funny, because Islam is not a race anymore than Christianity. Have Christians used racism as a response to negative comments? You know the answer. They’d be laughed at. But not Islam.

This is the definition of Islamophobia in Canada.

“Islamophobia – Includes racism, stereotypes, prejudice, fear or acts of hostility directed towards individual Muslims or followers of Islam in general. In addition to individual acts of intolerance and racial proﬁling, Islamophobia can lead to viewing and treating Muslims as a greater security threat on an institutional, systemic and societal level.”

There is absolutely no room in that definition to criticize Islam or any Muslim. Yet, Islam still dreams of another Caliphate. Shaykh Muhammad Sa’id Ramadan al-Buti was the leading Islamic scholar in Syria, professor and retired Dean at the College of Islamic Law at Damascus University, and author of Jurisprudence of the Prophetic Biography, and regarded as one of the best Prophetic biographies written in the 20th century. He wrote:

“The theory that our religion is a peaceful and loving religion is a wrong theory. The Holy war as it is known in Islamic jurisprudence is basically an offensive war, and it is the duty of all Muslims of every age…because our prophet Muhammad said that he is ordered by Allah to fight all people until they say ‘No God but Allah,’ and he is his messenger.”

The latest attempt at resurrecting Islam began in Egypt in 1928 with the founding of the Muslim Brotherhood, by Hassan al-Banna, for the purpose of reuniting the Muslim nation [ummah] following the fall of the Ottoman Empire in World War I.

“We want a Muslim individual, a Muslim home, a Muslim people, a Muslim government and state that will lead the Islamic countries and bring into the fold the Muslim Diaspora and the lands robbed from Islam and will then bear the standard of jihad and the call [da’wah] to Allah. [Then the] world will happily accept the precepts of Islam….The problems of conquering the world will only end when the flag of Islam waves and jihad has been proclaimed.”

To do that they must spread the word everywhere and destroy any other belief system. And we let them. Because we cower when they scream racism if we happen to mention that their prayers call the Christians stupid and Jews are cursed by Allah and must be murdered-each and every one. That’s OK in the west-to say such prayers.

If Islam overpowers our value system there will be no more Gay Pride Parades – gay people are thrown off buildings with their hands tied behind their back and blindfolded, and beheaded in Saudi Arabia. There will be no Jews. There will be no equal opportunity because in Islam Muslims are at the top if the heap and everyone else is at the most, second class; dhimmitude. Women have no rights.  Forget DIE-diversity, inclusion, equity.

Cancel Culture, like the #IslamophobiaIndustry, will call you out, name and shame you, dox you, destroy your career, if you do not kneel to their ethic based on critical race theory.

Cancel Culture, what writer Wesley Yang refers to as “the successor ideology;” is a culture that takes us back to a time of an artificially designed hierarchy which promotes the belief that one is the object of one’s fate, hampered, held back, by race, colour, creed religion or sexual orientation.  Senator Tom Cotton of Arkansas wrote: “Cancel culture, whether in its Maoist or its Jacobin forms, ultimately is animated by a single idea—that America at its core is fundamentally irredeemable and wicked.”

President Donald Trump stated cancel culture was being used as a “political weapon” by protesters fighting for the destruction of statues of American slaveholders. “It is completely alien to our culture and our values, and it has absolutely no place in the United States of America.”

President Obama had words to say about the cancel culture trend. “That’s not activism. That’s not bringing about change. If all you’re doing is casting stones, you’re probably not going to get that far. That’s easy to do.”

Cancel culture promotes revenge racism – teaching white people, especially children that to be white is bad. Psychiatrists!  have attacked white people. Dr. Aruna Khilanani told a panel at Yale University she had fantasies of killing white people. When the comments surfaced online she defended her behavior as a means of expressing herself as a person of Indian background. Dr. Donald Moss who holds faculty positions at Psychoanalytic institutes in San Francisco and New York thinks his race has a “particular susceptibility” to being “parasites.” By that he means white people have a sense of entitlement that has enabled them to seize power “without limit, force without restriction, violence without mercy,” and can become terrorists as a result.

The ethic that underpins Cancel Culture is Critical Race theory.

“Critical race theory says there is no such thing as neutrality, not even in the law, which is why the very notion of colorblindness—the Kingian dream of judging people not based on the color of their skin but by the content of their character—must itself be deemed racist. Racism is no longer about individual discrimination. It is about systems that allow for disparate outcomes among racial groups. If everyone doesn’t finish the race at the same time, then the course must have been flawed and should be dismantled.

“In fact, any feature of human existence that creates disparity of outcomes must be eradicated: The nuclear family, politeness, even rationality itself can be defined as inherently racist or evidence of white supremacy, as a Smithsonian institution suggested this summer. The KIPP charter schools recently eliminated the phrase “work hard” from its famous motto “Work Hard. Be Nice.” because the idea of working hard “supports the illusion of meritocracy.”

Cancel culture and the #IslamophobiaIndustry have wreaked havoc on our way of life and will continue to do so if we do not stand up to the bullying and refuse to be silenced.

WE, in the West have taken freedom for granted. We have become a frightened people. We succumb to fear – fear of being ridiculed, shamed, called out, noncompliant. We have allowed ourselves to be silenced by ideologies that are diametrically opposed to our own moral system. We have been so inclusive that we tolerated values that call for the death of our civilization.  The leaders of Islam saw that as did the leaders of cancel culture and critical race theory. They saw the weakness and like good generals they went in for the kill.