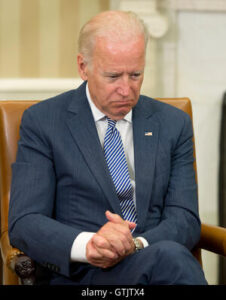 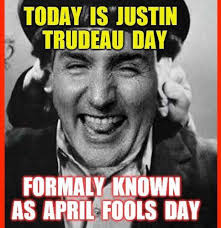 A good friend of mine, Lucie, asked me to write about the dearth of moral outrage. I think she is referring to the unending political corruption in government. Well, there is outrage, but moral outrage requires morals and there is definitely a dearth of morals in our political elite and their propagandists, the main stream media. Wait, let me rephrase. They have morals but it seems they get their moral instruction from the WEF. You can read about them here. I  still have trouble believing that four white men are the arbiters of values in the world. Notice: four white men. Not very diverse in a world of diversity, inclusion and equity (DIE). Seems that young leaders like Justin Trudeau are major preachers. Biden, not so young, is part of the pack, as well.

Most of us, I hope, still find our moral compass in the Judeo/Christian ethic of freedom that underpins the West and, in particular, America.

I think Lucie’s concern is the Biden Crime Syndicate. You know, everywhere that Joe went, Hunter scored big time; I mean made a fortune for himself and his dad in places like China . And this trip was just reported by NBC, a 2013 trip to China: What? Now NBC is reporting on something that happened in 2013? Why? Why the sudden moral outrage?  Anyway, then VP Joe Biden brought his son Hunter on an official visit to Beijing. Seems Hunter Biden was forming a Chinese private equity fund planning to raise money, including from Chinese investors. Hmm

Then came Ukraine, where Hunter helped get funds for biological labs, including Burisma.  And then there is Russia.

Well, you can’t accuse the Biden’s of playing favourites!

Hunter got paid millions for jobs despite the fact his only skill is lighting a pipe.  Anyone with any sense of morals and values ought to be disgusted with a career politician making oodles on the side and using his son to do it. I repeat, anyone with a sense of morals and values from the Bible, where we learn about rights and responsibilities and that something must not only be moral, it must appear moral.

Much of this information was known prior to the 2020 election. Hunter’s laptop appeared in a computer store in… of all places….Wilmington, Delaware. Now, if the laptop had turned up in let’s say Sacramento California, but Delaware? The weekend home of the Biden family? So the laptop lapdogs decided to label the information as Russian disinformation. Everything that the media wishes to hide about the Democrats is labeled Russian Disinformation. We had years of attacks on President Trump-the Russian Dossier!

I wonder if the Russian war in Ukraine has anything to do with Putin’s disgust for being blamed for everything and he decided to really do something that the elites could pin on Russia.

For years, the media kept the laptop a secret.

Seems far too many of these “journalists” care more about being liked (paid) by the Progressives than following journalistic ethics. Their job used to be holding all government to account.

And now Biden is telling Americans that inflation is caused by Putin and his war, And food shortages are to be expected.

But it’s all in the name of fighting for democracy in Ukraine!

And then there is Canada. Where is the moral outrage from politicians and media outlets over the Tiny Tyrant Trudeau (TTT) abusing the Emergencies Act to shut down a protest from the citizens losing their rights and freedoms-based on the Charter of Right and Freedoms? A peaceful protest despite the attempts by the “Media?” to label it a far right attack on the government; not just an attack but a desire to take down the government.   And then the accusations of arson committed by the truckers  and that  donations to the Convoy came from “abroad.”

Anything to paint the Convoy as evil.

Ahh dear. The media had to back track on those lies. But once a lie is let loose in the land, it can never be retrieved and legacy media are well aware of this.

Where is the moral outrage about the Tiny Tyrant Trudeau deciding after two years of lockdowns that now is the time to raise gas prices; an extra 11 cents per litre of gasoline, 13 cents per litre of diesel and 10 cents per cubic metre of natural gas, when so many Canadians are barely hanging on? Well, what about climate change? What about it! Inflation is rising and the TTT also tells shortages of food are on the way.  And what is he doing about it?

But, not to worry, your government will be safe while working for YOU! The MPs and the Tiny Tyrant Trudeau will receive a raise: an extra $7,400 for Prime Minister Justin Trudeau and an additional $3,700 for every backbench MP.

These are the people and their assistants who lost nothing during the lockdowns. These people felt not an ounce of pain. They probably saved money because they stayed home to work. No expenses there.

Seems all of the MP’s are AOK with that. I guess money talks; or in this case, money silences.

If we are to look for real moral outrage it is to the truckers. The people who go to work and then come home to shower as opposed to those who get up and shower and them go to work. They stood up for Canadians. They traveled at their own expense across Canada to come to Ottawa, the capital of Canada, and call out the TTT’s abuse of power. And the tyrant hid in the basement. Like Joe Biden.

Don’t all tyrants do that?

But not to worry. Again the media came to his rescue. My favourite was the article about the Canadian flag being seconded by Nazis! “…racists and neo-Nazis have ties to organizers of the convoy, at least one of whom has stated his intention to dismantle the federal government.”

Hamida Ghafour recently shared an opinion piece in the Globe and Mail, one of Canada’s national newspapers. I don’t know whether to laugh or cry. She wrote about the war in Ukraine:

“The war’s moral clarity is serving as a clarion call to the West that values centered around liberty, individual rights, democratic governance and the rule of law are worth defending.”

Really? Then why are we not defending them here?