Whoever should cause harm to any of these little ones, it would be better for him to have a millstone tied around his neck and he be cast into the sea. Matthew 18:6

Propaganda is not new. Governments get us to accept policy through propaganda.

My favourite era of propaganda was during WWII. Women were needed to go to work in the factories as the men went off to war. Remember,  back then-oh so long ago-women stayed home(Oh dear) to raise children! Asking them to go to work was serious business. So the government went to work and developed the Rosie the Riveter promotion. So successful she was on a postage stamp.

In 1944 the Saturday Evening Post illustrated this emphasis on temporary workers. The ADEL company needed employees.  “In the advertisement, a mother is pictured in overalls leaning on her bike before she leaves for work. Her daughter is pictured in a similar outfit and asks, “Mother, when will you stay home again?” Above the image a statement reads, “Some jubilant day mother will stay home again, doing the job she likes best—making a home for you and daddy…Meanwhile she’s learning the vital importance of precision in equipment made by ADEL.”

It was a smashing success. After the war, as the men returned, women needed to return home. Chatelaine magazine had a great cover photo of a woman all dressed up holding a martini for their husbands as they came home from work.

We have gone from Father Knows Best to Children Ruin Everything.

Let’s take a look at what our leaders and influencers are promoting through their propaganda machines which includes education. This is what they want our children to admire. To be.

The Prime Minister of Canada is promoting Drag Queens. Why? To what end? Can you imagine Winston Churchill, or FDR or PM Stephen Harper doing this?

The First ever PM to visit a drag queen set. Trudeau is so excited he hopes that there will be other PM’s visiting! 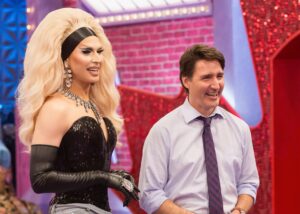 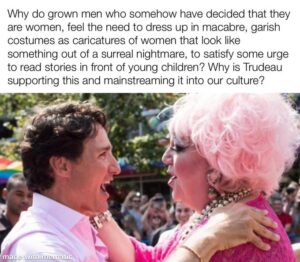 So many opportunities to meet and greet Drag Queens-Open to all ages! 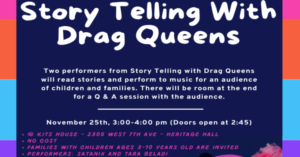 Funding provided by Gov of Ontario! No money for health care, but …hey! 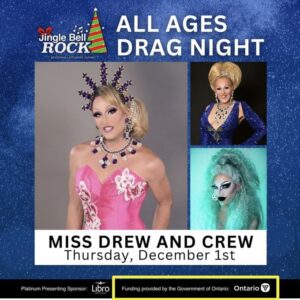 Drag performer Bradley Hamacher, known locally as “Miss Drew”, has been a longtime performer and has held drag queen story hours for kids in the past.

Miss Drew’s public Facebook page includes posts on several adult-themed events including “dirty bingo” as well as other photographs of a more explicit nature. Drag performer Bradley Hamacher, known locally as “Miss Drew”, has been a longtime performer and has held drag queen story hours for kids in the past.

“I think it’s important we tell the young ones it’s okay to be me,” said Hamacher.

Not to be outdone, let’s look at Vancouver, British Columbia.

Are these performers to be admired by our children?

Tensions ran high outside of Kitsilano Neighbourhood House, known as Kits House, in Vancouver while a drag queen storytime performance for children aged 3-10 was in full session.

The performance featured two drag queens: One who goes by the name ‘Satanix’ and dresses up as an evil-looking clown for fun and another who goes by ‘Tara Beladi’ and whose social media posts are often sexually explicit in nature. 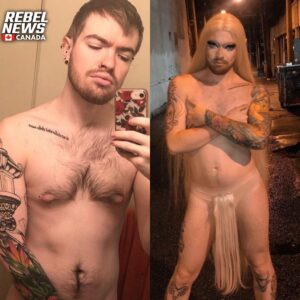 Canada includes people of all races, colours, creeds and sexual orientation. But this? Does the LGBTQ2 community really stand with these performers for children? 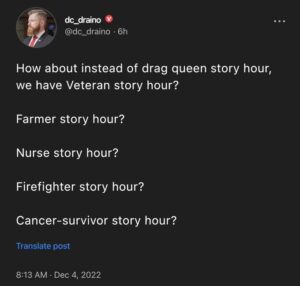 Based on the Pitch Perfect film franchise and from Executive Producer Elizabeth Banks, the series features Adam Devine reprising his role as Bumper Allen from the first two movies. Set several years after his last appearance in Pitch Perfect, the series follows Bumper Allen as he moves to Germany to revive his music career after one of his songs becomes a big hit in Berlin.

Now the Fashion Industry is involved. Balenciaga thinks bondage is great for kids.

The theme of their Fall fashion show was the Gates of Hell where models walked like demons through pits of mud and in another recent show, models were carrying baby dolls with bags containing blood-soaked baby clothes.

Vice President of the USA, Kamala Harris must be kvelling as her step daughter, Ema Elmhoff models for Balenciaga.

Not to be left out, Creative Director Of Balenciaga, Demna Gvasalia, became the ambassador of the fundraising platform initiated by the President of Ukraine, Volodymyr Zelenskyy. After all:

“Balenciaga is one of the biggest name brands in the world, so it makes sense that they would be connected to some of the most famous celebrities – and politicians, it seems.”

“Many celebs with ties to the controversial fashion brand have refused to comment on the scandal. That includes former first lady Michelle Obama, who was widely praised for wearing $4,000 Balenciaga “thigh-high glitter boots” in 2018.”

But wait. Fear not. There are so many more people who want to influence our children.

It made the headlines when the Obama administration hired Sam Brinton as the deputy assistant secretary of the Office of Spent Fuel and Waste Disposition in the U.S. Department of Energy. In other words, a fairly high-level nuclear guy. On paper, Sam Brinton, an MIT-credentialed nuclear engineer, looked good. In real life, he’s a way out there “genderfluid” man who believes in pretending to be a puppy for sexual reasons. Now, he’s alleged to have stolen a woman’s suitcase at the Minneapolis-St. Paul airport (“MSP airport”). 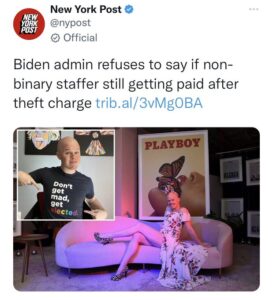 He’s also a proud “pup handler,” an identity (because leftists always have “identities,” the more, the better) that sees him and his sex buddies dress up like puppies and their owners for fun. It’s unclear if real dogs are involved. 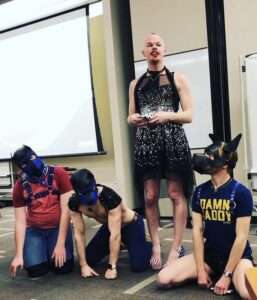 Brinton is so passionate about his self-acknowledged “kink” that he’s lectured on the “Physics of Kink” at the University of Wisconsin. He’s also a member of The Sisters of Perpetual Indulgence, an old-time 501(c)3 drag group that mocks Catholicism, where he rejoices in the name of “Sister Ray Dee O’Active.”

Brinton is quite the role model. 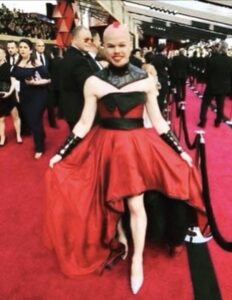 Along with Dr. Rachel Levine: 17th Assistant Secretary for Health for the U.S. Department of Health and Human Services (HHS) 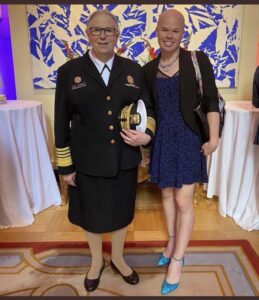 Fear not. There’s more. So many role models for today. 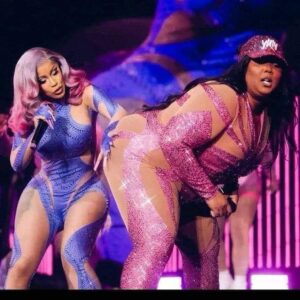 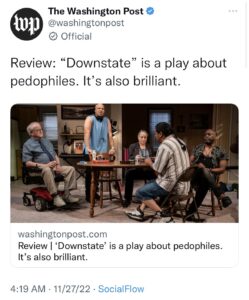 And then more advertising to teach your children that men can get pregnant. 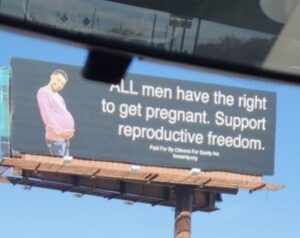 Who knew? We are promoting diversity to the point that we want our children to know that not all people who menstruate are women! 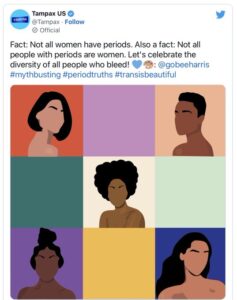 So is anyone surprised that little children are wearing these T-Shirts? 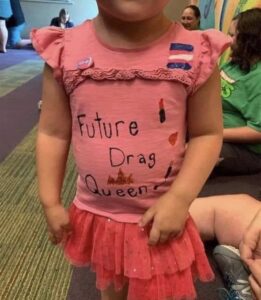