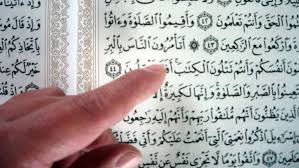 Imam Syed Soharwardy of Calgary wrote on his facebook about the Jordanian cleric Sheikh Muhammad bin Musa Al Nasr, who, during his sermon at the Dar Al-Arqam Mosque in the Montreal’s Saint-Michel neighbourhood, called for Jews to be killed.

The CBC independently verified the speech and its translation.

“The controversial verse comes from a religious text known as a hadith, which interprets the words and actions by the Prophet Muhammad. The hadith in question deals with end times and tells how stones and trees will ask Muslims to come and kill Jews hiding behind them.”

Imam Syed Soharwardy, the head of the Calgary-based Islamic Supreme Council of Canada and the founder of Muslims Against Terrorism,  condemned the Imam for delivering a hateful sermon at a the mosque.

“As I do not know this man I am not going to call him Imam. Every bearded man wearing robes and speaking at a mosque not necessarily an Imam.

However, I strongly condemn this man and his hate speech. Muslims must stand up against such speakers and never invite them in mosques.

In fact, such Muslim looking hatemongers are also responsible for the rise in Islamophobia.

Just looking at his face I can guarantee this man hates Sunni (Sufis) and Shia Muslims too.

The president of the Muslim Council of Montreal, Salam Elmenyawi, told the CBC the mosque should apologize.

Imam Ziad Asali of the Association of Islamic Charitable Projects told CBC Montreal’s Daybreak that he was also mystified as to why the cleric was invited to preach. “I do not understand how this person was invited to come and give a sermon and spread this hatred in Montreal against any community,” he said. Asali added that the hadith is one of more than 100,000 that are written in many books, some of which are considered authentic, while others are not. “To use the themes of the Prophet to spread hatred is actually something that is disrespectful towards the Prophet himself,” Asali said. He added there are mosques in Montreal that embrace a more extremist message. “These people, not only do they show hatred towards non-Muslims, they even show hatred to us Muslims,” he said.

So the CBC go-to man on Islam Imam Syed Soharwardy says this is hate speech. Yet, Toronto Imam Sheikh Abdulqani Mursal of the Masjid Al Hikma mosque in Toronto (36 Colville Rd, North York – Lawrence and Keele), explains that the fate of the Jews is destined to be killed by the Muslims.

In a lecture at the at Masjid Al Hikma mosque, Mursal read the chapter “Turmoil And Portents Of The Last Hour” from Sahih Muslim (hadith collection, meaning narrations attributed to Mohammad)

Where is the coverage by the CBC about these Jew-hating comments from Toronto Imam Sheikh Abdulqani Mursal. Did I miss  them?

Keep these comments on hate speech in mind as you read the following.

The CBC reported on the Peel School Board meeting Wednesday, March 22, 2017 where an attendee was seen ripping a copy of the Quran and throwing its pages onto the floor and stomping on them. The CBC reported:

“A Peel District School Board meeting was disrupted by Islamophobic comments and pages being torn from a Qur’an.”

Brampton mayor Linda Jeffrey condemned the campaign against the accommodation, calling it “hateful…Muslim students require a time to pray that may happen during a school day, and we must respect that — as we do any other religious requirement.”  All well and good. Except Muslims are allowed to make up for missed prayers at night. Peel District School Board Chair Janet McDougald told CBC that a vocal group has been attending school board meetings for the last two months or so “specifically to make it known they are against Muslim prayer in schools,” adding the board has since begun bringing police officers to meetings for security.

MacDougald also said the board was “appalled as a Board by the anti-Muslim rhetoric and prejudice we have seen on social media, read in emails, and heard first-hand at our board meetings. “It has caused some of our students to feel unsafe, to feel targeted. We must not allow hatred toward any faith group to flourish,” she said. “We will not stand for that.”

She added the board will no longer allow questions or presentations related to religious accommodation at meetings.

But what of the safety of the Hindu children? Do they count? Is she aware that there are bad feelings between these two groups? Should she not care about ALL of her students? And isn’t the best way to keep all religion out of secular public schools?

It turns out that this Holy Book has been identified as “The Quran” (Saheeh International). We know this because someone held up one of the torn pages to be photographed. Page 53.

Page 53 of “The Quran” (Saheeh International) states in footnote 133 that:

“The Jews do not consider it a sin to cheat or lie to gentile or a pagan.”

Thousands of copies of this book are being distributed for free by Islamic groups across the Toronto Greater Area (click HERE).

Shaykh  Omar Subedar İmam at Brampton Makki Masjid, The Islamic society of Peel  and member of the Peel District School Board Faith Leaders Network thanked  “Varsha Naik and the PDSB for collecting the Qur’an that was publicly shredded and thrown in the middle of the hall of the trustees’ meeting last week. Rather than just disposing of it, they put it in a safe place where it couldn’t be further disrespected and reached out to the imams to help them understand what to do with it.
I have it with me now and will be burying it shortly Inshā’Allāh. May Allah open the hearts and eyes of those who have blinded themselves with hate. Āmīn.”

The book from which this page was torn explains the Islamic Law based on the Quran and Sunnah (narrations about Mohammad’s sayings and deeds). It contains comments regarding the fighting (jihad) against disbelievers, enforcing of a poll-tax on Jews and Christians who live under the rule of the Islamic State, taking non-Muslims women as sex-slaves during war, wife beating under certain conditions, punishing those of wage war against Islam by execution, crucifixion and amputation, condemning sodomy as an “evil” act and executing married men and women who were convicted of fornication by stoning them to death.

Is this what we are to celebrate during Ontario Islamic Heritage? Are these our new values? 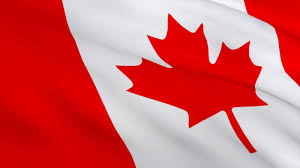