Bullies of Woke and Their Assault on Mental Health 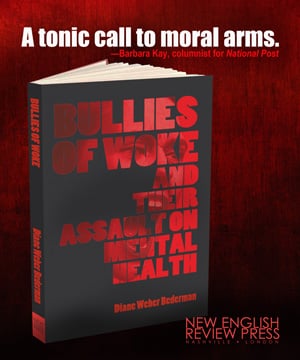 Bullies of Woke and Their Assault on Mental Health is a ground-breaking work documenting the serious harm the ”Progressive Left” is doing to the mental health of our innocent children who are subject to the unrelenting pressure to conform to woke ideology as never before. Bederman is unsparing in her critique of the absurdity, anti-Americanism and anti-Western cultural ideas emanating from the Woke brigade.

Our children are literally being bullied to death—committing suicide rather than endure the viscous and aggressive bullying to which they are routinely subject these days. Critical Race Theory, Transgenderism and the heavy-handed efforts to silence dissent are deadly foes of what was once broadly considered to be classical liberalism. Bederman’s book is simultaneously a guidebook to the modern woke movement and a call to action for the common-sense, silent majority to rise-up in opposition and restore our Judeo-Christian bedrock values in our homes, our schools, and our nations.

The Insidious Infiltration of Islam 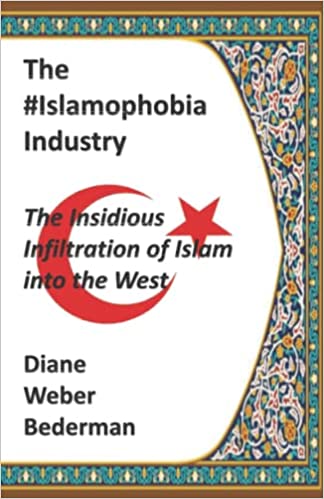 The West is under attack internally from progressive ideologies, including critical race theory, and foreign ideologies from China and Islam. This book shares the methods by which Islam, like China, is insidiously infiltrating our government, education and media. Their values are undercutting our Judeo-Christian ethic that informs us of our values, that all people are born with equal intrinsic value, all life is sacred and we are blessed with free will.

In our desire to be diverse, inclusive and tolerant we are allowing these foreign ideologies into our societies and homes. If this continues, the West will fall.

It is hoped that after reading this book, you will fight to maintain our way of life for you, our children and our grandchildren. We are on the front lines. Silence is collusion.

The Serpent and the Red Thread: The Definitive Biography of Evil

This is a book, a documentary, about the oldest, most irrational evil: Jew hatred; told through the voices of Biblical and historical figures. Ms. Weber Bederman takes you on a journey through time, sharing the presence of history and our collective memories, beginning where all time begins: The Garden of Eden, where we meet the serpent who has in his mouth the red thread which he takes with him as it connects evil through time. Ms Weber Bederman has chosen to incorporate the Chinese literary device, the red thread, to connect the most evil of humankind, the Amaleks of history. The ones who spread irrational hate.

All of the events are historical, factual, and sometimes shared through the stories of the characters: Abraham, Sarah, Isaac, Jesus, Paul and hitler. One need not be a student of the bible or history to follow the travels of the red thread woven by the serpent from the Garden to the present.

The Red Thread of Evil has found yet another home in the hands of another group, the followers of the religion of Allah, who are intent on accomplishing what no other regime or culture had been able to do: to wipe the Jews off the face of the earth. Alarmingly, they have found many in the West who make themselves willing accomplices in the campaign of lies and distortions against Israel and the Jewish people elsewhere.

This latter-day incarnation of Evil frequently finds accomplices among young people, uneducated and uninformed and easily taken in by extremist diatribes.

That is why it is so important that this small volume with its treasure of information presented in a readable, even gripping narrative is placed into the hands of a wider public, but most especially impressionable youths in universities and high schools. A timely document that will enlighten those who are receptive to thought and the truth.

Anatomy of #FakeNews in the Era of Donald Trump 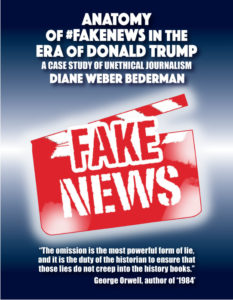 Anatomy of #FakeNews in the Era of Donald Trump is a case study of unethical journalism.

The Roman satirist Juvenal, in a famous passage, asked, “Who will watch the watchmen?”
One cannot write about Fake News in the 21st century without referencing Donald Trump, the 45th President of the United States of America. History will record his failures and accomplishments, but when it comes to the discussion about fake news- #FakeNews and #FakeNewsMedia, Donald Trump has shared his views on the behaviour of the media and shaken our trust in journalism.

As this book is readied for the internet, the Robert Mueller report on Trump’s alleged collusion and obstruction with Russia has been brought forward. The main stream media (MSM) and their acolytes stated over and over that Trump and members of his family, would be found guilty. He wasn’t. They weren’t. But the
damage had been done to America. The country, because of the failure of MSM to share all facts, and not just some facts, mixed with a great deal of opinion, has been deeply divided.

Back to the Ethic: Reclaiming Western Values 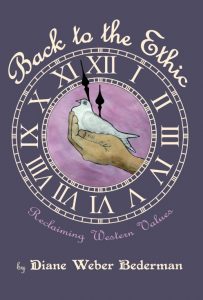 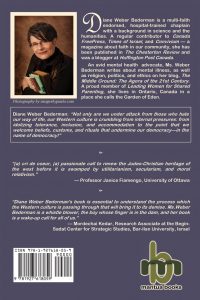 Today, we are up against tribal societies whose ethic is one of honor and shame and where blood revenge is in the veins, where violence begets violence that, over time, can lead to a sense of helplessness, hopelessness, and victim-hood. At the same time, too many of us born into freedom have become apathetic to, even neglectful of, the very ethic that underpins that freedom. It is time to go back to the founding ethic of Western culture, ethical monotheism, and reclaim our western values. Winston Churchill wrote that the ethical system we received from the Jewish people is “incomparably the most precious possession of mankind, worth in fact the fruits of all other wisdom and learning put together. On that system and by that faith there has been built out of the wreck of the Roman Empire the whole of our existing civilization.” Sadly, we stopped teaching this potent biblical ethic years ago because somewhere along the way to political correctness nirvana, God and religion became four-letter words. We must wake up to the fact that our way of life is under attack: Not only from acts of terrorism leaching into our countries but internal pressures of worshiping the false gods of absolute tolerance, inclusion, and accommodation to the point that we welcome beliefs, customs, and rituals that undermine our democracy—in the name of democracy!

If we are going to preserve the freedoms we now take for granted we must return to that teaching, to words that bear great fruit, because the foundation of Western democracy is ethical monotheism, the 3500 year old ethic which began in the desert, was brought into Israel, then expanded outward with the spread of Christianity through the Mediterranean then into Europe where the teachings were translated into English and brought to the new world. Countries that are founded on the Bible became functioning and then flourishing democracies.

This book of laws, gave us amongst other values, the fundamentals of our court and justice systems and business law. The Bible entreats us to be our brother’s keeper by moving away from tribal behaviors, to behave like Abraham who questioned God and protested on behalf of others, so that we develop, practice, and internalize compassion and empathy. These values are essential for democracy to function, because a just society must at times implement policies that disregard individual wants and needs. Within the leaves of Back to the Ethic: Reclaiming Western Values you will find compelling reasons; historical, philosophical, scientific, sociological and psychological, to reclaim our founding ethic, to make it your own, protect and defend it, so that you can pass it down to future generations. As Aristotle teaches us, “Educating the mind without educating the heart is no education at all.”