Children in “cages” Where are the Social Justice Warriors?

Plato warned us “Dictatorship naturally arises out of democracy, and the most aggravated form of tyranny and slavery out of the most extreme liberty.” 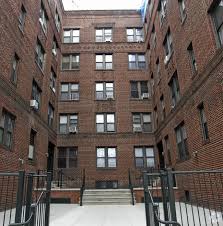 We have children in “cages.” Where are AOC and the social justice warriors when you need them? Did the hyperbole get your attention? Good.  Because millions of our children are living in small apartments, basement apartments, in subsidized housing,with no green space, in homes where they are mentally, physically, emotionally, and sexually abused, with no respite, no place to hide, no safe spaces; or with parents barely hanging on, now faced with economic devastation. We are asking all parents to become teachers and IT experts. We are assuming that all children have parents who can master the E-learning. That they have time to help all their children while trying to work from home, if they are lucky enough to be able to do that , or just survive. These are the children who will suffer the most. Our children, all of our children, our future.

And we refuse to let them out. We did this based on the experts, the scientists and doctors, like Fauci, the WHO, the epidemiologists who told us that the virus would kill millions upon millions of people. And they were WRONG. Not just wrong; way, way, way wrong; disastrously wrong. Yet, these experts refuse to apologize  for their models and the decisions they foisted on all of us even as the models changed. Different countries, different responses to the virus.

As the virus traveled to different parts of the world and the United States, it operated differently within the context of their geography, infrastructure and populations. As more data is made available, the models have been adapted and some are showing up to tens of thousands of fewer deaths due to COVID-19 than previous estimates.

Yet these experts insist on keeping us, especially our children, locked up while we learn, sadly, that the greatest deaths are coming from homes for the elderly. They were housed, not homed.

We packed off our elderly in places that we did not supervise. That had them in rooms with 4 people, sharing bathrooms. Where was the dignity there? We paid personal care workers the very minimum of wages – these are people caring for our most vulnerable elderly.

Care homes for older people across much of Europe and North America are struggling to cope with the global coronavirus pandemic, prompting allegations of inhumane treatment and calls for high-level inquiries.

Appalling stories have emerged from residential homes, which have emerged as a key location for infections. People aged 70 and older are at higher risk of getting very sick or dying from the coronavirus. And people 85 and over are even more vulnerable, global figures show.

Nursing homes account for nearly half of all coronavirus-related deaths in Belgium, data showed on Wednesday, in what may serve as a warning to other nations which may be underestimating fatality rates in the pandemic.

The head of one of Britain’s largest independent providers of elderly care homes said he believed the rate of infections or suspected infections of COVID-19 across such homes was running at up to 70%.

In France,  the number of people who died in nursing homes – according to incomplete data that cover several days and do not include all nursing homes – went up by 433 or 10% to 4,599 and now make up more than a third of the total toll.

The elderly, especially those in facilities, what a word, are the ones most affected by Covid19. Is it their age or health or is it a failure to care for the most vulnerable?

The point is that we cannot continue to sacrifice our children to stop this pandemic.

Reports are coming out that there could be food and drug shortages. Can you imagine the mayhem over that? Who will suffer the most? The poor and their children, now locked up at home, out of fear of a virus that disproportionately kills the elderly.

The most immediate issue is processing plant shut-downs. Smithfield Foods in South Dakota announced it was closing its pork plant, after an outbreak among its employees, a closure that puts America’s meat supply at risk, according to the company’s CEO.

In Canada, an Olymel pork slaughterhouse in Quebec, a Maple Leaf Foods poultry plant in Ontario and a Harmony Beef plant in Alberta have all closed at different times. The industry is particularly prone because of the elbow-to-elbow nature of the work, which makes social distancing a problem.

Some plants have already gone down to 50 per cent capacity to try to improve worker safety.

The reality is pharmacies say they are facing restricted shipments of drugs from wholesalers, in part because of an export ban on drugs in India, where many pharmaceuticals are manufactured.”

Food and drug prices will go up. While your income goes down. This is your government at work for you. Afraid to open up for fear of being labeled responsible for another outbreak. There will be more outbreaks, but we have proven that the health care systems can make it. And that, we were told, was the reason entire countries were shut down.

And now that we are shut down, fascism is finding its way into our lives. Heaven forbid you take your children outside to play in an empty plot of land or parking lot.

A man in Toronto was fined for going out with his children to play. In a parking lot. No one was around. But the officer gave him a ticket for refusing to go back inside. Back inside? Why? No one was outside.

Because that was the rule!

The alleged offence: violating the emergency order issued by the Ontario government that closed outdoor recreation areas to curb the spread of COVID-19.

We are denying freedom to all of our children based on demonstrably wrong projections.

Toronto Police Chief Mark Saunders told reporters there will be a “zero tolerance” policy going forward if people continue to disobey the requirements to be two-metres apart unless they’re part of the same  household.

Perhaps we, the citizens, should protest about these rules that abuse our children. That treat all of us like…children. That don’t trust the vast majority of us will social distance. We are all being punished because of the failure of the few to refuse to just social distance! And we continue to keep our children indoors and out of school despite the fact the models are wrong.

The director of the federal Centers for Disease Control and Prevention, Robert Redfield, said on Wednesday, April 15 he believes 19 or 20 U.S. states have had limited impact from the new coronavirus and their governors believe they may be ready to reopen by President Donald Trump’s May 1 target date.

“There are a number of counties within this country that have not experienced really any coronavirus despite testing.”

The same is true in Canada. We have provinces with few deaths.

One size does not fit all.

It is time to release our children, everywhere, sooner rather than later. Because if we don’t, there will be no “later.” We cannot continue to sacrifice our children when the models are wrong and the majority of deaths are taking place in our poorly run homes for the aged.