Dear Jews. It’s time to throw caution to the wind. If not now, when?

Dear Jews. It’s time to throw caution to the wind. If not now, when?

There are 8 billion people in the world.

We are commanded by God to Choose Life – Commanded. Choosing life sometimes means fighting for our lives in the diaspora while our brothers and sisters in Israel literally fight for theirs.

We are at that point, now; again.

Will we choose life and fight for it or will we duck and hide?

As much as I dislike referring to the Holocaust and the Nazis of the 1930’s, THIS IS 1930’s Nazi Germany all over again. Once again, there is no fear or shame in attacking the Jews – the world’s scapegoat for 3000 years. And that hate is once again being spread in the media at universities and in governments. And in particular, the hate for Jews today, is coming from Islam and supported by left-wing ideologues.

It appears there is no shame when it comes to sharing and expressing Jew hatred like the shame that is shared when one attacks blacks or gays or Muslims. In 2021 we see cars  draped with swastika flags patrolling metropolitan streets, and a part-time contributor to CNN (since fired) boldly and publicly posted on the internet that “The world today needs a Hitler, and chants of “Death to the Jews” in the streets of Western cities.

Jew hating incidents in the UK have increased by 600 percent. A number of British Jews have been attacked in the streets, and a car caravan flying Palestinian flags drove through neighbourhoods with a high density of Jewish residents, with Jew haters chanting, “F*ck Jews, rape their mothers, rape their daughters.”

And lies  about Israel from Princeton University in America: “We condemn the displacement of Palestinian families in the Sheikh Jarrah neighborhood of East Jerusalem — part of a decades long campaign of warfare, expulsion, unequal residency rights, and discriminatory planning policies that advances the ethnic cleansing of Jerusalem. The brutal system that controls Israel and the Occupied Palestinian Territories is ideologically founded on Jewish supremacy.”

Groups of pro-Palestinian protesters attacked Jews in Los Angeles; at a restaurant and then attacked a religious Jew on the street-with impunity

A Jewish man was attacked at a rally in Toronto when he tried to help others.

These are just some of the attacks, from pro-Palestinians, on Jews in the diaspora since Muslims attacked Israel from Gaza.

DO NOT FEAR is written 365 times in the Hebrew Bible. For a reason. Fear prevents us from action. Fear leads to submission. Our enemies can smell that fear. Like the Amalekites who went after the weakest of the Jews leaving Egypt; the women, children the elderly, our enemies go after the weak – never the strong! And the Amalekites, today, are Muslims – all over the world, who now believe that they can attack any Jew, anywhere, any time. And yet, there are far too many Jews and Jewish organizations calling for caution! It is time to throw caution to the wind. If not now, when?

There is something terribly dark in our world when Jewish children are asking parents to remove mezzuzot from their homes. Remove anything that marks them as Jewish. Hitler would be amazed. He had to force the Jews to hide with laws and intimidation by officials. We are just doing it all by ourselves – out of fear.

Dear Parents and Grandparents – and sadly that includes me – we have failed to raise Lions of Judah. We have failed to instil in our children that being Jewish is precarious but precious. We are the only people/nation hated for being for more than 3 millennia. And it kills our enemies throughout time that no matter what they do, we will not bend the knee to them, or their gods. We not only survive, we thrive, and that really gets to them. How dare we! We have been raised not to be victims ever. Even when marched into the ovens our people did not bend the knee.

Now is the time to speak up. To confront. To wear our Jewish symbols with pride. To put flags of Israel in our windows and in our cars. And ask our non-Jewish friends and neighbours to stand with us and do the same.

I ask you, again, how do we end Jew hatred if we are too afraid to go outside and fight? Jew hatred is irrational. Irrational people care not a whit about facts. It’s about arousing feelings.  We can share the facts about Israel from now until forever, that never stops innate, endemic and dare I say it, systemic Jew hatred – perhaps we can call it systemic Jacism. In my Jewish community, today’s excuse is Covid. Too many Jews fear breaking Covid regulations more than breaking our enemies, while Jew haters are out and about, at large protests, and no one does anything to them; including our politicians. Well, if they did, I missed it.

The days of being invisible and teaching our children to be inconspicuous are over. The time for letter writing and talking is over. We need to be like our ancestors – the soldiers of King David and get out on the streets. Confront. Not cower. Caution is no longer tenable. We’ve done that. Let’s take advice from our Asian friends who are teaching their children self defense. And how about carrying a can of bear spray?

We, the Jewish people, gave the world the ethic of freedom. We changed the weltanschauung -the worldview from honour/shame cultures where people were born into their station and revenge was required, to an ethic of justice and mercy and the fact that all people are born with equal intrinsic value.  WE stood against murder and adultery and incest and stealing and gossip and coveting. When people attack the Jews and Israel they are attacking the foundation of western culture and in particular the American Constitution.

Dear Jews: Do not fear. Know that our enemies run from the righteous. They run from the brave; for they are cowards.

Today, we are LIONS OF JUDAH. We have Israel. We have each other. 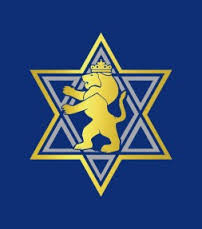