The NDP party in Canada, under the leadership of a Sikh Canadian, Jagmeet Singh, has invited an acolyte of the racist Louis Farrakhan, Tamika Mallory, to speak at their convention this week  February 15-18 2018. She is a proud antisemite and homophobe as his her leader. So I decided the time to repost I.AM.A.JEW. is appropriate. 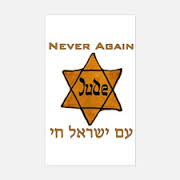 June 22, 1982 – Menachem Begin to Joe Biden: “Don’t threaten us with cutting off your aid. It will not work. I am not a Jew with trembling knees. I am a proud Jew with 3,700 years of civilized history. Nobody came to our aid when we were dying in the gas chambers and ovens. Nobody came to our aid when we were striving to create our country. We paid for it. We fought for it. We died for it. We will stand by our principles. We will defend them. And, when necessary, we will die for them again, with or without your aid.”

Attacking Israel has become de rigeur. This time anti-Jewish sentiment comes from all over the world. From the UN to the EU, UNESCO and, again, America – Israel’s closest ally. No daylight between Israel and America we are told, over and over. Talk is always cheap but the consequences from that cheap talk are deadly serious.

Vice-President Joe Biden once again attacked Israel’s tactics hours after a busload of civilians was bombed, and I heard Democrats on TV saying that friends can do that. OK. But what do these friends have to say to the terrorists? Nothing.  Double standard?  And then one wonders, how would a distant ally behave?

What would America do if people were randomly attacked on her streets? After the change in security at the airports following 9/11, I can’t imagine the disproportionate response in America to random repeated daily terrorist attacks. Can you?

Now the Jewish people are dealing with the delegitimization of our holy sites. The Temple Mount is suddenly without Jewish provenance. It is Muslim! As are Bethlehem, the final home of Rachel, and Hebron, the resting place of Abraham, Isaac, Jacob, Sarah, Rebecca and Leah. These holy Jewish sites are not part of the Jewish state of Israel. No. They are important landmarks in “Palestine.”

Then there is “the wall.” Only Israel’s wall is called an apartheid wall. The wall in Belfast? Well that’s different. They call it a “Peace Wall.” It’s been there since 1969 to prevent the Catholics and the Protestants from killing each other. Where is the collective uproar about that separation wall?  Why is that wall okay? And yet who attacks Israel’s wall? Catholics and Protestants.

Einstein defined insanity as doing the same thing over and over and expecting a different result. We, the Jewish people, are insane then.

We talk. We explain. We are always justifying our right to exist as Jews and a state. Nothing will change until we, the Jewish people in Israel and the diaspora, are prepared to say that Jew-hatred is illogical and that logic will not make people like us. So let us do what is best for our people – for Am Yisrael.

First, declare Israel’s legal rights under International Law. Let’s be hated for a reason! Then let’s stop floundering in bafflegab and kowtowing to the “requests” of others while our students on campus continue to suffer from intimidation and our people are wantonly, and with impunity, murdered – for being Jews.

We have earned the right to be respected. If that right is refused – tough. We gave the world the ethic that made democracy possible. Our gifts to humankind have been so great that Irish author Thomas Cahill wrote about them in his book The Gifts of the Jews. Today, Israel is one of the leading nations in technology, science, innovation, medical research, green energy and turning the desert into the land of milk and honey with new agricultural methods and water recycling. And Israel shares all of these discoveries with the world. Israel has cared for members of Hamas and the PA in Israeli hospitals. But none of that is good enough for the Jew-haters. Nothing we do will ever be good enough to be liked or accepted.

No people have been attacked for so long, and thankfully, so unsuccessfully. And yet we do not wallow or whine.

Elie Wiesel wrote that the greatest gift that we have given, that so few have taken, is our decision to choose life despite every attempt to destroy us. That, he wrote, is God’s true victory: No matter the catastrophe, we aspire to live happily.

We rise up like the iconic phoenix from the ashes – figuratively and literally. We have been victimized for thousands of years but we have never been victims. We do not find comfort in victimhood. We don’t ask for restorative justice and truth and reconciliation. We don’t worry about micro-aggressions, and triggers, nor do we ask for safe spaces or places on campus. Our families have been torn apart for thousands of years. And yet our families remain strong, our children do well in school and our people have given more to humanity per capita than any other people

The time has come for us to stop begging people to make nice to us. Let them come to us. Whether out of respect or fear, it doesn’t matter.

As I have written before, we are the descendants of the most feared soldiers-under King David. And our women warriors, Devorah Yael and Yehudit had no fear when it came to physically protecting the Jews from our enemies. So let’s start teaching our children about our glorious past: how we fought for our lives and then received respect-begrudgingly- but respect none the less. Remember the Warsaw Ghetto and Sobibor?  And the story of Kibbutz Yad Mordechai named for Mordechai Anielewicz, hero of the Warsaw Ghetto?  And the actions of our people when our nation was attacked by five Arab states in 1948 and we stood our ground. And 1967 and 1973. We made our point without talking. Yet here we are once again asking people to be our friends as if we were in grade three. We are not in grade three anymore, Dorothy.

The time for talking is over.

It is time for us to declare: