Medically assisted suicide and abortion and the sanctity of life 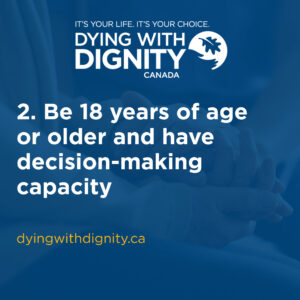 My friend of 50 years died on Tuesday, August 17 at 8:15 AM. It wasn’t a surprise. We were told that she had requested that her life end. Medically assisted suicide. Death with dignity.

I am not against MAID, medically assisted suicide, or abortion, but I fear the slippery slope that we saw with abortion will come to assisted suicide. Almost 7,600 Canadians received medical assistance to end their lives last year, continuing a trend of steady annual increases in cases since the procedure was legalized in 2016.

If we lived in a world where we honoured the sanctity and dignity of all life, perhaps I would not be so fearful. But we don’t live there. Too many have attacked the Judeo/Christian ethic that underpins our way of life. We live in a world that separates essential people from the non-essential in order to permit the destruction of some lives over others. That not only allowed, but commanded, that some people do not have the right to earn a living, to be with loved ones who are dying (talk about death with dignity), to celebrate life. We allowed others to dictate whose businesses will survive and whose could not. We set such restrictions that we allowed opioid overdose to reach all-time highs because too many people lost hope and faith in living. No dignity in those deaths.

We, as a society have shown how easily we will give up the rights of others to protect our own. That is not honouring the sanctity of life.

My friend suffered from ALS-Lou Gehrig’s’ disease. She had watched her brother die from it. She knew when she received the diagnosis that her life would end sooner rather than later. She managed well for some time and then everything fell apart. Put on a feeding tube because she could not swallow. She could no longer talk and she was having trouble breathing. Oddly, she could still take her dog, Harper, yes, named after her favourite PM Stephen Harper, for walks. But one day she decided that she had had enough. And so the doctors were called and two agreed and the date was set. And I knew weeks ahead that she would die. I knew, in advance, the day of the funeral and the week of Shiva. I knew that when I visited her for the last time.

I find myself in a moral dilemma. We live longer but often less healthy.  We no longer have pneumonia as our best friend because we have vaccines for pneumonia. We take many pills as we get older to help us live longer. But what if life is empty and painful?

Remember when we allowed abortion mostly for emergencies – a girl got pregnant and did not want the child. Abortion within the first trimester. But something happened and abortion became birth control. And something to celebrate. Young women wearing T-shirts celebrating abortion and the right to choose. We now have late term abortion. Who would have thought? Wonder what Margaret Sanger would say today. This is a woman who wanted to abort black babies. Eugenics. 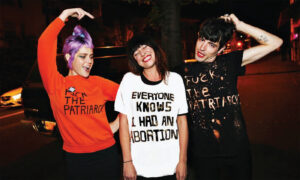 It’s my body when it comes to killing a fetus but not when it comes to taking an experimental vaccine. How odd is that? Women can abort at any time – take a life. But if an adult does not want a vaccine that they say will keep you from dying, you have to take it.

What if end of life rules are so lax that we end up killing healthy elderly people? Why not? Stretch the definition. Teach the society that we have too many people and abortion isn’t enough. We need to kill the elderly. Italy, which has the oldest population of any country in Europe and the second oldest population in the entire world is discussing assisted suicide – for the elderly!  And, let’s face it, the elderly do take up a lot of health care dollars.  So the children are encouraged by the government to encourage their parents as they get older to consider MAID. After all, they don’t want to be a burden on society. It’s for the common good. The greater good. We know all about that!

In 2021 Canada passed Bill C-7.  The bill amends the Code provisions on MAID by establishing a separate set of procedural safeguards for individuals whose natural death is not reasonably foreseeable and making some amendments to the safeguards that apply in the case of individuals whose natural death is reasonably foreseeable. There is also discussion about competent mature minors whether they should have access to MAID. How do we decide if a minor is competent and mature? Do they really understand the finality of death?

This, by the way, is modern day eugenics.  Eugene Fletcher must be thrilled. Fletcher argued that people should be divided between “truly human beings” and the “subpersonal”—those among us whom we should deem of little consequence because of their lesser capacities. Fletcher even proposed a loose formula with fifteen “criteria or indicators” by which an individual’s moral worth—or humanhood—could be judged. Like essential and non-essential people.

My friend’s death weighs heavily on me because I knew when it would take place. There is something so wrong about that. When I was taking my course in Clinical Pastoral Education to become a Hospital Chaplain, our supervisor told us to pay attention to the “ooh” factor: something we see or hear just does not sit well. We may not have an answer, an ethical response, but we know we don’t like it. I don’t like medical aid in death. I fear what people will do with that power as I have watched people in power take away basic human rights in the name of a pandemic. I fear giving any state the right to take a life.

If I have left you with more questions than answers, I have done my job.

I will miss my friend. I will remember my last visit with her. Walking the dog.