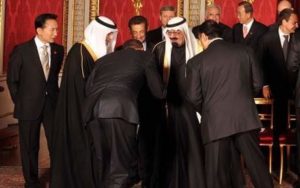 In 2009 Barack Hussein Obama received the Nobel Peace Prize – not for anything he had done but because he had been elected. He won for being black. Well, the first Black American President. Well, not really black: he is bi-racial; mom was white, dad was black. Well, not really. Dad wasn’t black as in a Black American; he was from Kenya. But why let details get in the way of a heart-warming story?

Wonder what the Nobel people would say looking back at their choice. Did Barack Obama bring peace, anywhere?

Let’s look at the Middle East.

Obama referred to ISIS terrorists as the JV team. Nothing to worry about here. Was this the team that abducted James Foley, an American journalist, in Syria in 2012 and then murdered him in 2014? 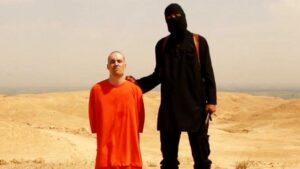 Would this be the same team that burned Jordanian pilot First Lt. Muath al-Kaseasbeh in the Syrian city of Raqqa and posted by the Islamic State on Feb. 3, 2015?

Seems the Islamic State of Iraq and Syria (ISIS), a group that loves to share their Junior Varsity abilities in videos, also murdered 16 men by drowning them in a cage, decapitating them with explosives and firing a rocket-propelled grenade into a car in Iraq in 2015. Lovely.

ISIS executed hundreds of people by gunfire, dozens by beheading, stoned some to death, thrown others from buildings and burned a captured Jordanian pilot alive. Not to worry, it was the JV team.

In August 2012, Obama had been asked about what could lead him to use military force in Syria which was deep into a civil war, “We have been very clear to the Assad regime,” he said, “that a red line for us is we start seeing a whole bunch of chemical weapons moving around or being utilized. That would change my calculus.” We had received reports about a month earlier that the regime was preparing to use chemical weapons against the opposition, or transfer them to the terrorist organization Hezbollah. We issued private warnings to Iran, Russia, and the Syrian government; Obama made clear publicly to Assad that the world was watching, and that Assad would be held accountable by the international community should he use those weapons.

“When the president announced his plans to attack [the Assad regime] and then pulled back, it was exactly the period in time when American negotiators were meeting with Iranian negotiators secretly in Oman to get the nuclear agreement.”

“US and Iranian officials …were basically communicating that if the US starts hitting President Assad’s forces, Iran’s closest Arab ally … these talks cannot conclude.”

At the time the city of Aleppo had become a nightmare for the tens of thousands of Syrians still living there, short on food and medical supplies as cold winter weather set in. The conflict led to hundreds of thousands of deaths, spurred a destabilizing refugee crisis in Europe, and led to the rise of a terror group that Obama admitted he didn’t see coming.

And how did that play out? Not crossing the red line and signing the Joint Comprehensive Plan of Action with Iran to stop the development of a nuclear bomb? Seems it didn’t stop them even though Obama sent 1.5 billion dollars, in cash, in cargo planes, to Iran to sweeten the deal. Nothing like a little appeasement to fix things. Except one had to be entirely ignorant of the Middle East to think that Iran would spend the money on its people. No, the money went to pay for terrorist attacks, especially against Israel. But that was okay with Obama because Israel was not a concern for him. And now “Iran is trying to make Hezbollah the first terror group in the world with precision-guided missiles that can be remotely fired anywhere, and at any time, with devastating accuracy.” This is the President who refused to veto UN Resolution 2334 that stated that Jerusalem and the Western Wall were Muslim, not Jewish. No sweat off his back.

This is the same President who was upset with the take down of Mohamed Morsi, July 3, 2013,who had been chosen by the Muslim Brotherhood to lead Egypt, when he was replaced with al Sisi. Morsi  referred to Israel’s citizens as “killers and vampires,” and suggested the Jews had taken down the Twin Towers.

During Obama’s eight years,  jihadis gained far more turf, more followers, more arms, and more money. They had a deadlier impact and a bigger theatre of operations than they had in 2009.

And then there is Donald Trump, now nominated for the 2021 Nobel peace prize.  Well, not just one nomination. Now there are two: one for peace in the Middle East and one for his work with Kosovo and Serbia.  All this from a man accused of being an anti-Semite and and Islamophobe. Christian Tybring-Gjedde, a member of Norway’s Parliament, said Trump is deserving of the esteemed award because of his efforts to broker peaceful relationships between countries, specifically citing the historic peace treaty between Israel and the United Arab Emirates. And now Bahrain. The UAE is also walking away from the grossly antisemitic BDS, boycott, divest and sanction, of Israel. Let us not forget that Donald Trump said he would move the American Embassy to Jerusalem – and did, unlike the previous Presidents – who didn’t. And now Kosovo and Serbia and Malawi are moving their embassies to Jerusalem. Trump also took down ISIS leader Abu Bakr al-Baghdadi and Qassem Soleimani, Iran’s powerful military commander.

“As it is expected other Middle Eastern countries will follow in the footsteps of the UAE, this agreement could be a game changer that will turn the Middle East into a region of cooperation and prosperity.” Who would have thought that possible after the Obama years, after the Iran Nuclear Deal that gave Iran billions of dollars for terrorism, and the Americans refusing to veto UN Resolution 2334 that designated Jerusalem, the eternal capital of Israel, and the Western Wall of the Temple to be Muslim?

Trump has played a “key role in facilitating contact between conflicting parties and … creating new dynamics in other protracted conflicts, such as the Kashmir border dispute between India and Pakistan, and the conflict between North and South Korea, as well as dealing with the nuclear capabilities of North Korea.”

Christian Tybring-Gjedde  said Trump’s record is much more impressive than former President Barack Obama’s. “For his merit, I think he (Trump) has done more trying to create peace between nations than most other Peace Prize nominees…For example, Barack Obama did nothing.”

Need more?  Here is a list of Trump’s accomplishments . 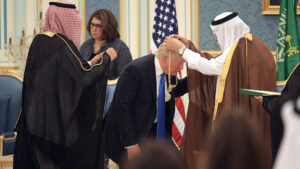