Alcoholism, drug addiction and the iPad

I recently visited with a family and watched as one of the children had a meltdown over the iPad. This was no ordinary meltdown. The begging, the pleading, the crying, the screaming, the cajoling, to use the iPad reminded me of people who are in rehab for alcoholism or drug addiction, begging and pleading for one more fix. 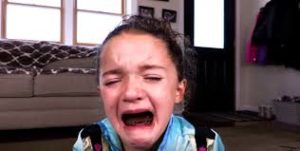 This child lashed out: kicking and hitting and using unacceptable language in order to get back that iPad. Apologies were given for the horrid behaviour. Negotiations took place.  “If I do my homework…If I take my bath….If I brush my teeth…If… If… If…” Always the answer was No. Maybe tomorrow. Then came the statement that should ring bells of concern. “But I waited all day to play on my iPad. Since I got up this morning.” Which means school was interfering with iPad and Power Rangers.

It was sad to watch this. And frightening. I am far too familiar with mental illness and addiction. I wrote and narrated a six part radio series “The Many Voices of Mental Illness.”

I get caught up online; on Facebook. I catch myself spending way too much time looking at postings. And I am a Senior Citizen not raised on this technology. But I made the conscious decision to walk away and not respond, Pavlovian style, to the beeps telling me that someone has sent me a message. I choose to use my phone as a phone when I am away from home. Otherwise it is in my purse or recharging because I forget about it.

I do understand that this is the lifestyle of this generation. Yet, I worry when I see middle school children walking in our Conservation Park listening to their devices. Not paying any attention to the world that will be be bequeathed to them. Not experiencing the sound of the wind through the trees, the creaking of old limbs, the tracks of animals on the paths. How will they care for the environment if they do not acknowledge it?

And I worry about young people who prefer Minecraft to Lego. The more senses involved in learning, the greater the probability for the information to be stored and remembered. And building with one’s hands is far different from using a controller.

And then there is reading. I have always believed that reading is so important because it encourages imagination. Watching a movie rather than reading the book reduces that sense of imagination. How will watching “movies” on screens affect the ability to read?

And then there are times I chuckle when I hear myself say the same things my other did when she referred to the generation of my children!

And I learned that I am not the only one truly worried about screen addiction.

Dr. Victoria Dunckley wrote that there is a disorder that she calls dysregulation. I am not fond of new mental illness labels but there is something going on with our young people and we need a label if we are going to discuss it. To put this into perspective: I have severe anxiety and it is labeled a mental illness because it interferes with living.

Dysregulation can be defined as an inability to modulate one’s mood, attention, or level of arousal in a manner appropriate to one’s environment.    Interacting with screens shifts the nervous system into fight-or-flight mode which leads to dysregulation and disorganization of various biological systems.  Sometimes this stress response is immediate and pronounced (say while playing an action video game), and other times the response is more subtle and may happen only after a certain amount of repetition (say while texting).

Oren Amitay, a psychologist in Toronto wrote, “with what we’re learning about addictions, it is fair to say that somebody can become addicted to an iPad.” He cited several concerns beginning with withdrawal. In a 2011 study, researchers asked 1,000 college students around the world to go 24 hours without using their smartphones, other mobile devices or the Internet. Many reported symptoms such as anxiety and depression, and one anonymous student even said he or she was “itching like a crackhead” from the longing to use a phone. If your child is irritable, anxious or sad after having the iPad is taken away, he or she may have an unhealthy attachment to the device.

Then there is tolerance: “Kids might have enjoyed it for 10 minutes, now they need it for an hour or two hours or three…

Addicts typically have an inability to control their usage. There might be a problem if parents have a really hard time taking the tablet away from their child without a huge meltdown.

For all these symptoms, it’s important to note that mentally healthy children, especially young children, become slightly obsessive about any new activity. When a child is learning to master their environment, or trying to get good at something, it’s okay for them to spend a lot of time on it. 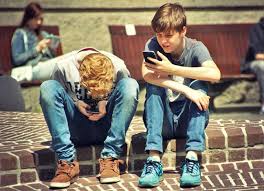 Dr. Watts noted the key characteristic of a true addiction is “when someone has a persistent, compulsive habit of doing something,” adding that “addictions on-screen aren’t that different from those off-screen, in nature.” And  “If a child is displaying signs of severe distress and agitation when separated from technology, then we know there is an unhealthy dependence. In effect, it is giving them a ‘hit’, similar to a drug user.”

Dr. Richard Graham wrote, “ If children talk about when they are next going online, or a parent suspects they are thinking about their next technology fix, they may have an issue.” He added, “If a child appears tense or upset when they can’t get online, and this feeling noticeably goes away when they are given their devices, they may have a problem.”

So how do we keep our children from crossing this line? The experts agree it is not easy.

“The key is to prevent your 4-, 5- or 8-year-old from getting hooked on screens to begin with. That means Lego instead of Minecraft; books instead of iPads; nature and sports instead of TV. If you have to, demand that your child’s school not give them a tablet or Chromebook until they are at least 10 years old (others recommend 12).

What does France know?  France recently took draconian action and announced a blanket ban on cellphones in all of its elementary and secondary schools.

“We must come up with a way of protecting pupils from loss of concentration via screens and phones. These days the children don’t play at break time anymore, they are just all in front of their smartphones and from an educational [and health] point of view, that’s a problem.”

But like my mother, this is not my world. This is theirs. Perhaps spending one’s day looking at a screen will ultimately make them better prepared for the world they will run. 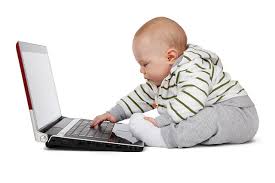