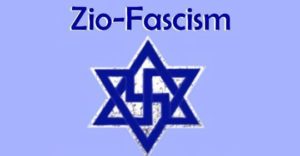 I have been reading Hilary Earl’s book: The Nuremberg SS-Einsatzgruppen Trial 1945-1958. Extraordinarily well researched and sourced, she wrote about the historical examination of the arrest, trial, and punishment of the leaders of the SS-Einsatzgruppen – the Nazi mobile security and killing units in the Soviet Union. One million citizens,  mostly Jews, were murdered in open air shootings and in gas vans.

Her book focuses on 24 Nazis brought to trial in 1948. Her book is an in-depth fact-filled report on the trials. One is left agreeing with the sentences imposed. And then, in 1958, the sentences of many were reduced.  The seeds for the changes were planted in 1949, one year after the trials. The leaders included, amongst others, Nuremberg defense attorneys, and Catholic and Protestant clergy. These people argued that the men were not war criminals. Oh no. They were “rather good German soldiers who had merely followed orders.” Pro-German American organizations helped fight the good fight to release the “good German soldiers.”

Protestant and Catholic churches financed organizations providing legal advice to the convicted. German bishops assisted attorneys in a campaign to discredit the war crimes trials. They initiated letter–writing campaigns and reached out to American media outlets.

A broad spectrum of Germans, including the clergy, professionals and officials of the Federal republic demanded amnesty for the “good German soldiers.”

The Vatican also opposed the punishments.

The effort paid off. All but four of the Einsatzgruppen were released from prison.

I am writing about this because I had just read Earl’s book and earmarked the pages regarding the “good German soldiers” when I read Alan Dershowitz’s article in Gatestone: “It is Not Surprising to See an Increase in Jew-hatred in Western Europe.”

“Why are so many of the grandchildren of Nazis and Nazi collaborators who brought us the Holocaust once again declaring war on the Jews? Why have we seen such an increase in anti-Semitism and irrationally virulent anti-Zionism in western Europe?”

“The Holocaust was perpetrated by Europeans: by Nazi sympathizers and collaborators among the French, Dutch, Norwegians, Swiss, Belgians, Austrians and other Europeans, both Western and Eastern.”

Yes it was. The Holocaust was the result of a world-wide collaboration including Canada and the USA. In Canada when it came to taking in Jews, the answer was “None is Too Many.” In America, FDR did his best to keep Jews out.

And that collaboration never disappeared; it just went into hibernation and has now been re-released. Nothing like a thriving Jewish state, the size of a grain of sand, to get the blood boiling and roiling. And the usual suspects are at it, again.

Angela Merkel pointed out that Germany has “always had a certain number of antisemites among us, unfortunately.”

And then there are the Churches. Again.

Let’s take a look at Iceland.

“Iceland has a substantial and lengthy history of antisemitism. Every year — during the Lent period before Easter, daily hymns full of hatred for the Jews are read by distinguished citizens and broadcast on Iceland’s public radio station.

“These texts were written in the 17th century — many years before the first Jews arrived in the country — by the Christian priest, poet and antisemite, Halgrimur Petterson. One hymn, entitled “The Demand for Crucifixion,” reads: “The Jewish leaders all decide that Jesus must be crucified. The Prince of Life their prey must be. “The murderer set at liberty.” In 2012, the Simon Wiesenthal Center tried in vain to stop this hateful practice of performing such hymns.”

Do not for a minute think that hate from the pulpit has disappeared from other pulpits.  It just comes out in a different way. Rather than hate for Jews, it is hate for the only Jewish state.

The Anglican Church in Britain with its Raising Voices: Holy Sites the Pentecostal Appeal regarding social justice, promotes the view that Israel is an apartheid state and is eradicating the history of the Arabs.

Members of the Mennonite Church USA voted overwhelmingly to condemn Israel’s military occupation and to support divestment from companies that profit from violations of Palestinian rights.

The Presbyterian Church USA passed a series of resolutions at its general assembly in support of the Boycott, Divestment and Sanctions (BDS) movement against Israel, while calling on Israel to leave the disputed territories. The report says that Israel’s “policy trajectory of continued settlements and brutal occupation” is “deeply troubling.”

The Church of Scotland has undertaken a review of its investment strategy to ensure it’s not inadvertently encouraging or funding the continuation of the Israeli Occupation.

At The United Church of Canada “The council, which sets policy for the church, passed a resolution in favour of “initiating and developing a program of education and advocacy in co-operation with our partners, related to divestment from and economic sanctions against all corporations and institutions complicit in and benefiting from the illegal occupation. This would include education about tourism, which bolsters the oppression of Palestinians.”

The Latin Patriarchate of Jerusalem released a statement signed by the heads of all 13 Christian communities in Jerusalem, condemning the recent escalation of violence at the Temple Mount  where Arab Muslims from inside their “Holy Site” ambushed and murdered two Israeli Border police.

“We, the Heads of Churches in Jerusalem, express our serious concern regarding recent escalation in violent developments around Haram ash-Sharif and our grief for the loss of human life and strongly condemn any act of violence.”

No need to wonder “Why are so many of the grandchildren of Nazis and Nazi collaborators who brought us the Holocaust once again declaring war on the Jews?” Or that the Churches are at it again.

It never went away.