Are we destined for Galut (Exile) forever? 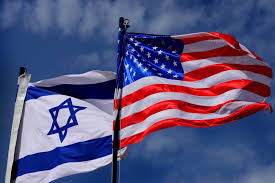 What is going on in America? What has happened to the Jews? Generation after generation an Amalek arises calling for our death; bringing forward blood libels against us. New ones, reused ones, revised ones. America is the home of the brave and the land of the free because of the Jews. The Founding Fathers brought the ethic the Jews delivered in the desert 3500 years ago, to the shores of America and then embedded it in their constitution. America sits on the teaching of the Jews.

Yet, here you are, dear Jews, standing with Jew-haters. Protecting and defending them. Ilhan Omar is not our friend. Rashid Tlaib is not our friend. Neither is AOC. Nor their friends Linda Sarsour and Louis Farrakhan. Please tell me you know this. And if you don’t, what rock has been your home these past four years? You are standing with people who hate Jews, and hate the ethic that underpins America. They hate America from the bottom up and you stand with them because you stand with the Democrat Party of the 2020’s. You stand with Bernie Sanders who hates Israel. You stand with Joe Biden, who is not now, nor has never been, especially as VP to Obama, a friend of Israel. But that doesn’t bother you. You are Progressives. You promote tolerance and inclusion and accommodation and diversity and open the borders to hateful teachings. It’s OK. It’s progressive and inclusive. You seem to think that you will be welcome in America, forever. Like the German Jews in Germany and the French Jews of France. How did that work out?

You think if you stand with those who hate you they won’t hate YOU; not YOU, the good, progressive Jew. It’s the other Jews. But not you. And anyway, the Democrats don’t really mean what they say. They aren’t really antisemitic. OK, so a few members of congress. Did you not study how Hitler took over? As if he were the first of the Amalekites?

I see posts on Facebook that are forever maligning President Trump. But he is the only leader in the free world protecting Israel. And he is only leader in America to call out the Jew haters in government. Schumer isn’t. He’s protecting them.

Hitler must be qvelling in Hell.

And what is going on in Israel? Are you so comfortable in your homeland after 70 years that you no longer fear Galut? Are you so progressive that you forgot your connection to OUR ethic that teaches the difference between good and evil?  You voted in a government with Muslims who want the destruction of Israel-from the inside out! “MK Heba Yazbak (Joint Arab List) last week told an Arabic radio channel that her political program “opposes and fights state Zionism.”

What were you thinking?  Is it some kind of suppressed death wish?  Is there mass mental illness in Israel? You not only invited the horse into the gates, you let him out to spread havoc over the land.  Israel is the stumbling block in the Middle East. You are the only stumbling block to the Islamic dream of another caliphate, yet you democratically put into place a government that wants the Jews out. Think about that. You elected these people. The Germans elected Hitler.

Are we so cavalier as to believe that we are safe? Because of Israel? Or safe in the diaspora; after all didn’t the Shoah teach the world about Jew hatred?

If we end up in Galut again, we will have deserved it.