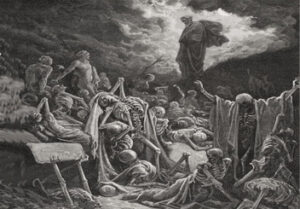 BDS, Boycott, Divest and Sanction of Israel is a policy shared by millions upon millions if not billions of people. BDS is meant to destroy Israel, the Jewish homeland for more than 3000 years. Why? Because these people are Jew haters. Hitler tried to kill  us. He managed to murder a third of the Jewish individuals; 6 million. BDS wants to destroy Israel itself. I mean, what else does “Palestine will be free from the river to the sea” mean?

BDS accuses Israel of being an apartheid state – like South Africa.

From the BDS horse’s mouth:

So what is Apartheid? It is an Afrikaans word meaning ‘separation’ and was the name given to the system of racial segregation and subjugation of the African and other non-white population of South Africa by white settlers from 1948 to 1994.

According to BDS, there are many similarities between apartheid in South Africa and modern day Israeli apartheid. South African apartheid was characterised by settler (white) colonialism and the forced displacement of the indigenous population (black), the division of the colonized into different groups with different rights, severe restrictions on movement and violent suppression of resistance. These, say BDS, are all key characteristics of Israel’s modern day regime over the Palestinian people.

Really? It’s not the Palestinian Authority? But I digress.

Hmmm. Muslims are in the Israeli government and Arab Israelis serve on the Supreme Court. Awad Suleiman  is the first Druze colonel to take command of Air Maintenance Unit 22.Col. Talk about diversity inclusion and equity – here it is.

Were people of colour in office in South Africa? Just going to Google that… give me a minute …wait – no; no people of any colour in their government or courts.  But what about separate housing, hospitals, hotels, restaurants, doctors’ offices depending on race/skin colour? Does that type of separation exist in Israel as it did in South Africa and for that matter the South in America during the Jim Crow years?

But you can find roads in Israel that are prohibited to the Jews and there is a water fountain on the Temple Mount – I call it the Temple Mount because the Mosque sits ON TOP of two Jewish Temples; the first built in 957 BCE. So that’s almost 2000 years before Mohamed, that is only for…wait for it…Muslims! Hmmm.

BDS claims that the Muslims are indigenous to the State of Israel. Really? The Bible was codified sometime between 140 BCE and the third century CE. Hmmm. No mention there of Palestinians and their homeland. Where were they? Who were they back then? So what does the Bible say?

The story of the Dry Bones; well known as a song, is a great place to start.

Ezekiel 37:1–14, After the Jews were dominated and exiled to the Valley of Dry Bones by the Babylonians in the year 586 BCE, the prophet Ezekiel visits the “Valley of Dry Bones” and prophesies that they will one day be resurrected at God’s command, picturing the realization of the New Jerusalem.It is an allegorical vision about the future return of Judeans (as in Judea) to their land. Hmmm. No mention of Palestinian Muslims.

“O mortal, these bones are the whole House of Israel.” They say, “Our bones are dried up, our hope is gone; we are doomed.” Prophesy, therefore, and say to them: “Thus said the Lord God: ‘I am going to open your graves and lift you out of the graves, O My people, and bring you to the land of Israel….’” expressing that the exiled Judeans, who feel that all hope is lost, will actually be revived as a people and return to their land—it is a prophecy about national restoration rather than individual resurrection. Hmmm. No mention of Palestinian Muslims.

God then explains to Ezekiel that the bones represent the whole House of Israel. In exile, they have dried up and lost hope. God will breathe life back into them, by putting them back on their own land. Then the people will know that God has done as He promised.

Returned from exile – oh so they had lived on the land of Israel before? How many times were the Jewish people, the Israelites, removed from their land; ethnically cleansed?

Babylon was the first exile. Until then, the Holy Temple stood in the heart of Jerusalem, and Godliness and miracles were still apparent and abundant. And then, what had been the bustling, lively and vibrant Jewish nation was no more. In the year 423 BCE, Nebuchadnezzar, the king of Babylon, lay siege to Israel and laid it to waste. The crown was then passed on to Cyrus the great. He, too, favoured the Jewish people, and under his rule they were given permission to return to Israel to rebuild the Holy Temple. Hmmm. No mention of Palestinian Muslims.

When Cyrus gave this authorization, 42,360 Jews went to Jerusalem and began the work. King Cyrus ruled for three years, from 376 BCE – 373 BCE. Persia, once the strongest empire, then fell to the mighty hands of Alexander the Great in the year 371 BCE. This meant that Israel was now under Greek rule (140 BCE), what one would say, colonized. A small group of Jews known as the Maccabees stood up against the tyrant and defeated his armies, driving them out of Israel. The Jewish people were free from foreign rulership (we call them oppressors, today) once more. We celebrate this miraculous victory with the holiday of Hanukkah. Hmmm. No mention of Palestinian Muslims.

The Roman Empire brought the final blow for Jewish sovereignty in Israel and the final exile for the Jews, one that has lasted for nearly 2,000 years. And now the Jews are back on their land. Well, not all of their land. Judea/Samaria – Biblical names for the land of Israel – in the Bible that was completed almost 2000 years ago, is still not part of Israel. The World decided that the British Mandate for the Jewish Homeland in Palestine – named Palestine by the Romans in 137 BCE (new name; same land); be divided again. And again. Like a pie. The piece for the Jews getting ever smaller and smaller.

How many times, over the millennia, were those “Palestinian” Muslims exiled from the land? Ethnically cleansed? Removed? Hmmm. Never.

But doesn’t Mohammad,  Peace Be Upon Him, talk about the Palestinian Muslims in the Koran?

“You will find very clearly,” says Sheikh Dr Muhammad Al-Husseini, a British Imam,  “that the traditional commentators from the eighth and ninth century onwards have uniformly interpreted the Koran to say explicitly that Eretz Yisrael has been given by God to the Jewish people as a perpetual covenant. There is no Islamic counterclaim to the Land anywhere in the traditional corpus of commentary.”

Koran (5:21), “O my people! Enter the Holy Land which God has decreed for you, and turn back on your heels otherwise you will be overturned as losers.”

The Imam examines this passage through the eyes of one classic commentator of the Koran, Muhammad ibn Jarir al-Tabari (838-923), who says the remark is “a narrative from God… concerning the saying of Moses… to his community from among the children of Israel and his order to them according to the order of God to him, ordering them to enter the holy land.”

Not a word about the Palestinians.

So we have the facts, now, about Israel. Right?

Facts do not matter, today, when it comes to the Jewish people and the Jewish state of Israel; any more than facts ever mattered when it came to the Jews.

Now we all know that facts come to us from journalists. Right? And that journalists, ethical people that they are, report on the news. They don’t make it up. They are fair-minded and impartial. Right? So when we get our information about the oppressive Jews, those colonizers, we have to believe it right?

In the aftermath of the recent war in Gaza between long time combatants Hamas and Israel, 450 journalists who work for major media outlets signed a letter stating that they will no longer provide balanced, impartial reporting when it comes to their coverage of Israel These “journalists” come  from such august houses of journalism as the Washington Post and Los Angeles Times, who have made it known that Israel’s side of the story will not be included in their coverage  which they deem to be an apartheid state that commits crimes against humanity. As Thane Rosenbaum wrote: “The defense of Israel’s homeland is no truth they wish to tell, and therefore, is no truth at all.”

Amazing, isn’t it ?The media, in fact, are not the historians of record. They are the purveyors of Jew hatred around the world. Seems they have  great knowledge about BDS and nothing about Jewish history recorded in the Bible, read by billions of people around the world.

This is what they don’t tell you about the “Palestinian” Muslims.

The resort on the Mediterranean for those who need to get away. Who is getting away, by the way?

This seaside resort could be anywhere in the world – but you probably wouldn’t guess it’s in Gaza. There are more than 150 rooms, several swimming pools, green lawns dotted with palm trees, children’s’ playgrounds and a private beach. The Blue Beach Resort is the first luxurious seaside vacation spot in the Gaza Strip. It occupies five acres on the Mediterranean coast and also has a restaurant and a cafe shop. Children play in the pool and families relax on sun lounges nearby.

For those who can’t get away, here is one of the supermarkets in Gaza.

This is from the Washington Post. Oh, the irony.Gaza Strip’s middle class enjoys spin classes, fine dining, and private beaches.

And then there is the new three-storey restaurant, “Maldive Gaza” cafe protruding 15 metres over the rocky shoreline, where the Mediterranean waves crash below patrons snacking on freshly-caught fish while offering a glimpse of paradise to Palestinians confined to the blockaded strip ( ed. note by Egypt and Israel to prevent terrorism)