Canada: Let’s kill the mentally ill and put them out of our, I mean, their misery 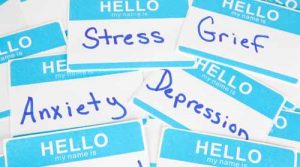 Canada is so worried about mental illness that is has passed Bill C-7.   “Under the Liberal government’s amendment, medically assisted death will automatically be expanded to cover those with mental illness in 24 months.”  Minors with mental illness must be mature before they can request assisted suicide.  The Bill will not go through right away. Much needs to be discussed.

“It’s a serious question. We know that it’s a difficult question, we know that it touches all of us profoundly,” he said. “It was always our intention to look at mental illness carefully in the parliamentary review. We’re still going to do that so the only thing that changed is the timeframe.”

What happened to suicide prevention?

Think about that; someone who has severe mental illness, probably has thought about suicide, will no longer have to take their own lives. No, the State will do it. And following Covid there should be many lining up for the blue juice.

I mean really, what could be more important during Covid lockdown than a Bill like this?  Well, mental illness is rising rapidly and as someone with a mental illness, I can assure you, we are sorely lacking timely care. The last thing we need is more people with mental illness.

COVID-19 is having a negative impact on Canadians’ mental health, with many seeing their stress levels double since the onset of the pandemic. People are struggling with fear and uncertainty about their own health and their loved ones’ health, concerns about employment and finances, and the social isolation that comes from public health measures such as quarantining and physical distancing.

A recent poll found that 50% of Canadians reported worsening mental health since the pandemic began with many feeling worried (44%) and anxious (41%).  One in 10 Canadians polled said that their mental health had worsened ‘a lot’ as a result of COVID-19. Similar results were found in a survey of Canadian workers, where 81% reported that the pandemic is negatively impacting their mental health, indicating a significant drop in overall worker mental health since the beginning of COVID-19. Substance use is also on the rise in Canada during COVID-19. A recent poll found that 25% of Canadians aged 35-54 and 21% of those aged 18-34 have increased their alcohol consumption since social distancing and self isolation due to COVID-19 began.

Depression is most common in ages 18 to 25 (10.9 percent) and in individuals belonging to two or more races (10.5 percent). Women are twice as likely as men to have had a depressive episode, according to the NIMH and the World Health Organization (WHO).

So, we are going to allow these people the right to end their lives?

Now, you may say that there will be limits. After all, two psychiatrists are needed to assess and agree to assist a mentally ill person with their own suicide. Well, two, now. For how long? Remember Dr. Kenneth Zucker, from Sick Kids, who refused to push for hormones for a child asking for a sex change? He was fired for wanting to spend more time talking to the child before life changing hormone therapy.

How long before psychiatrists are attacked and then fired for not signing the papers. And the regulations get watered down? That idiom, slippery slope, comes to mind.

Remember when abortion had limits?  Two doctors had to be consulted. Now abortion is allowed in the third term. There are partial birth abortions. And there are institutions set up to provide those abortions, on demand. Think about that. The baby is being born and murdered. And then, of course, we heard in America about abortion upon birth.

Look at Iceland. Down Syndrome is almost eradicated, via abortion. The test for Down syndrome is optional, but all women are encouraged to take it. Almost 100% have had an abortion.

Many Germans did not want to be reminded of individuals who did not measure up to their concept of a “master race” and were considered “unfit” or “handicapped.” People with physical and mental disabilities were viewed as “useless” to society, a threat to Aryan genetic purity, and, ultimately, “unworthy of life.” At the beginning of World War II, individuals with mental or physical disabilities were targeted for murder in what the Nazis called the “T-4,” or “euthanasia,” program.

The Euthanasia Program required the cooperation of many German doctors, who reviewed the medical files of patients in institutions to determine which individuals with disabilities should be killed. The doctors also supervised the actual killings.

Why I am writing about these other events? To show you how easy it is to justify taking the lives of others.

What does it say about our attitude toward the mentally ill that we are ready and willing to help them commit suicide? You are not worthy of out time? You are just not essential?

Suicide means taking one’s own life. Not someone taking it for you. That’s murder. If someone truly wants to end their life they will find a way. Many are just asking for help when they talk about suicide and we need to be there for them – without judgement. We care about all life so we intervene. Mental illness is not some ephemeral illness – all in your head, pull up you bootstraps, you wussy. It is as real as cancer. And like cancer, it can kill, if there is no intervention.

What will the millions of young people in particular think when they see the STATE killing people with mental illness? How long will it take before they think they are a burden and should die as well? Talk about stigma.

Perhaps before we consign these mentally ill people, young and old, to the dustbin of history, we should do our best to make their lives better – with talk therapy, drugs and religion, in a timely fashion. Three pillars of care. I know they saved me.

On the other hand, think about the money that could be saved?

Right now there is funding totaling $25 million over five years, the development of a crisis support service will afford people across the country access to trained responders, in the official language of their choice, 24 hours a day, seven days a week. By standardizing services that are currently offered unevenly across the country, more lives will be saved as interventions via phone, text or chat allow people to choose their preferred method of communication.

So, let me get this straight. We spend a great deal of money to help prevent suicide, especially amongst our young people, and more specifically amongst our Indigenous population, and at the same time we are going to let some people with a mental illness – note that I wrote mental illness – which usually means one  is not thinking clearly, to be murdered by the state.

How in God’s name did we get here? How did we get to a place where we will let a minor ask for death and then provide that death? Do these people even understand the finality of death? I remember when I was suicidal. I managed to convince myself that my mother, who had already buried a child, would be fine if I died and my children were grown up – they would be fine too. What utter nonsense – but then I was in the middle of a mental health crisis!

What does this say about our medical profession, our politicians and our sense of humanity? What does it say about our concern for those with mental illness? How we value them?

Well, we are living through Covid – a time when politicians and medical experts declared who is and is not ESSENTIAL. I have news for you. We are all essential.

We are judged on how we care for the weakest amongst us. We are going to help them die? Who is next?