Congratulations Canada . We are now a Banana Republic 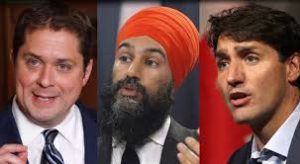 Congratulations Canada . We are now a Banana Republic. We elected a corrupt immoral, if not amoral, man to be our leader. If someone like Trudeau had been elected in, let’s say Chile, the world would have questioned his qualifications. His moral character. But not here, in Canada.

We have made fun of the President of the Ukraine. He is a comedian. But he is far more qualified to lead the Ukraine than our failed drama teacher is to lead Canada. A drama teacher who took his trade a little too seriously when he and his family represented Canadians in India.

Here is a man who lied about SNC-Lavalin and pressured his cabinet minister.  Jody Wilson-Raybould while investigating Montreal-based SNC-Lavalin was demoted, unethically.  Trudeau wanted to protect the jobs of Quebeckers. When it came to the West…feh. Then there was the mishandling of  Vice-Admiral Mark Norman who was saved by our legal system and the great lawyers Marie Henein and Christine Mainville. 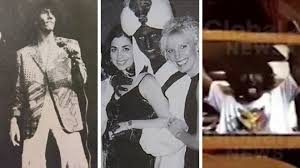 Trudeau, the man who attacks others for their failures, wore black face. He knew when he was vetted for the position that he had worn black face three times,at least, and said nothing. Why? Because he knew he would be out of the running. So he lied.  His excuses were pathetic in that light, and once again shows him to have no moral compass.

Trudeau made promises and kept none. NONE. He alienated the West, forcing them to sit on OUR resources, as he once again pandered to Quebec. Funny how Quebec thanked him. They voted Bloc Quebecois.

This is a man who got elected because he had a terrific propaganda machine; the media promoting that “Progressive” agenda. Whatever that means.  This election is a prime example of fake news reported by Main Stream Media.  In this election MSM chose not to question the Liberal Leader about his ethical breaches, his failures to follow through on his “sunny ways” promises. Maybe I just missed it but do you recall hearing the media asking tough questions about Trudeau’s failures and scandals?  Did they go after him the way the left–wing media in America goes after Donald Trump? No.

Where is the collective media outrage over the fact that Trudeau won despite the fact the Conservatives took the popular vote taking 34.5 per cent of the vote to the Liberals’ 33 per cent? Oh, wait. The Liberals won so why would MSMS care? Had it been reversed…

And how about calls for social justice. We are inundated with calls for social justice…for others. How about some justice for Canadian? Where were the Atlantic Provinces this election?  They voted Liberal. To what end? More handouts? Now that’s dignity in a nut shell. Don’t they care about their fellow Canadian citizens in Newfoundland?  Many of whom have had to leave home to get work in the west? Of course that work is gone because the Liberals and their cohorts attacked the pipelines and the oil industry. Made them feel good.

How will we support these had working, now unemployed, people? The “somewheres” people in Canada who depend on the land for work?If Canada ever made good on the Paris Climate Accords, the amount of reduction in carbon would be infinitesimal in the grand scheme of things  but the devastation to our citizens-immeasurable.  So while the Liberals and their feel good citizens vote to destroy Canada, a once proud nation, countries like China and Russia and India will continue to spew carbon and pollute the oceans and rivers and air. But who cares. Se we sacrifice the Prairies on the altar of Greta Thunberg.

And then there is Scheer. Bless him. A rather innocuous man. Had he had a Gerald Butts to act as his ventriloquist for those “too difficult” questions; like being or not being an insurance agent, or is he a citizen of America, too, or did he have a company go after Bernier, or that he is a Catholic with Catholic beliefs about marriage and abortion but would not let those personal views get in the way of policy, he might have had a chance. If the media been honest, his views would have been shared more widely.

So Canada will be run by a corrupt man; I know this because the media did report on his actions, and his actions were unethical, and he will be assisted by the NDP in a minority government. A Party that is officially antisemitic. Proud supporters of BDS. You would have known if MSM had done its job. But once again, it didn’t.

Our democracy will suffer and fall if the media does not get back to its primary job of holding people in power to account, making it possible for Canadians from coast to coast to coast vote based on all the facts.