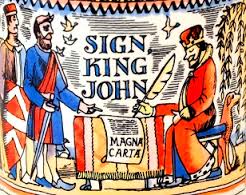 It hurts me to say this but Britain is still mired in antisemitism. The enthusiasm for Jeremy Corbyn is another link  in the 1000 year British history of Jew-hatred. Here is a man with ties to Hamas who has laid a wreath at the grave of a Palestinian terrorist involved in the 1972 Munich Olympics massacre.

Britain. The home of the Magna Carta. It was the British who shared the Jewish teachings from the Hebrew Bible with the world that enabled democracy, freedom, tolerance, inclusion, accommodation and diversity to take hold in countries who accepted that Jewish ethic that later became be known as the Judeo-Christian ethic.

The Jews arrived in 1066 at the request of William the Conqueror. He used them as his personal bank. Despite the invitation to live in England, the Jews were relentlessly persecuted until King Edward I finally expelled the entire Jewish population on July 18, 1290. This was after money lending had been declared heretical and illegal, so the Jews had nothing more that could be taken from them. This gives Great Britain the inglorious badge of being the first European country to expel Jews. The Jewish exile from England lasted 350 years.

During their time in England, the Jews, as bankers, had financed the Third Crusade in 1189. Their taxes were so high they provided 8% of the income while representing only 0.25% of the population.The Crusaders didn’t want to repay their debts to the Jews. Under attack, the Jews of York  barricaded themselves in a castle known as Clifford’s Tower and valiantly resisted the mob. Unable to defend themselves they committed mass suicide (Masada replayed). Seven Jews, who had hidden, were discovered by the frenzied crowd and were murdered. None of this stopped the king from demanding higher taxes on the remaining Jews. In 1217, the English Jews were forced to wear yellow badges.  In 1255 the situation was so bad that Jews volunteered to leave. The request was denied by Henry III, who considered the Jews royal property. In 1269, Jews were no longer allowed to hold land, and rights of inheritance were changed so that children couldn’t inherit from their parents. Jewish property went to the crown. In 1290, the Jews were expelled after the Crown had killed the golden goose by bankrupting the Jews.

The Jews were welcomed back in 1656. In 1698, the Act for Suppressing Blasphemy granted recognition to the legality of practicing Judaism in England.

This brief history of Jews in the United Kingdom gives a taste of the British attitude toward the Jews before the modern era. The British actions against the Jews in the British Mandate of Palestine should not have come as a surprise. But they did.

First was Britain’s betrayal in declaring “two-states” in 1922/3 followed by the enactment of the White Paper of 1939, which illegally reduced Jewish immigration into the Jewish homeland. It was expected with the implementation of the White Paper that the “Arab Revolt” at that time would die down. Sacrificing the Jews was ingrained in the British.

Before the actual signing of this change, the British Foreign Office cabled an order to its ambassador in Berlin in March 1939, telling him to inform the German government about the means of escape being utilized by the Jews (leaving Germany for Palestine) and to ask the German “authorities” to “discourage such travel.” Britain effectively kept the German Jews in Germany to be sent to the ovens.

“The British were apparently prepared to accept the probable death of thousands of Jews in enemy territory because of ‘difficulties of disposing of any considerable number of Jews should they be rescued.”

“…the British – a ‘civilized’ people – were willing to see Jews in Europe put to death by the Nazis; for ‘fear’ of ‘Arab comment, the British claimed that ‘Palestine’ had ‘no more places’ for Jews, while at the same moment the British were importing ‘illegal’ Arab immigrants by tens of thousands into Palestine to do ‘necessary’ work – work and place they denied the Jews.”

In 1939, Winston Churchill cautioned that the acts we engage in for appeasement today we will have to remedy at far greater cost and remorse tomorrow. He also wrote

“The ethical system we received from the Jews is] incomparably the most precious possession of mankind, worth in fact the fruits of all other wisdom and learning put together. On that system and by that faith there has been built out of the wreck of the Roman Empire the whole of our existing civilization.”

And then there was Anthony Eden.

“If I must have preferences, let me murmur in your ear that I prefer Arabs to Jews” Great Britain 1943.

Today, there are anti-Israel displays in churches and in the British Museum.