Danforth:Fear of Islamophobia leads to rush to judgement-it must be mental illness

What is the equivalent word for “Islamophobic” when irrationally attacking the mentally ill? It’s safer to sacrifice the mentally ill on the altar of truth than even suggest the possibility of a terror attack and be labeled an Islamophobe.

A man takes a gun and deliberately targets strangers in a Toronto neighbourhood.   Video taken at the scene shows him demonstrating a level of familiarity with his weapon, as he was able to aim and reload the gun quickly and efficiently.The first fact is revealed: his name. Faisal Hussain. And within moments  a statement from his family: he is mentally ill. And the media jumps on that.

Phew. Don’t have to report it as a possible Muslim terror attack.

The man who unleashed bullets on a busy Danforth stretch Sunday night was suffering from “severe mental health challenges” and struggling with psychosis and depression, his devastated family said Monday.

But did the media investigate anything about him? That he lived in Thorncliffe Park, which has a large Muslim community serviced by the Masjid Dar Us Salaam mosque  where The “Final Dua” [supplication] delivered by Ahmad Ali on April 1, 2018 contained these messages:

O Allah! Help them against their enemy and your enemy

O Allah! Wage war against the tyrants who reject Your messengers, and prevent [men] from your path, and are fighting against those who are devoted to You

O Allah! Make the ground shake beneath their feet

O Allah! Annihilate [destroy] them as you annihilated [destroyed] Aad and Thamud [ancient peoples annihilated by Allah because they didn’t heed the warnings of the prophets].

O Allah! Count their number, slay [kill] them one by one and make them a lesson to their likenesses

O Allah! Raise the standing of Islam and the Muslims

And humiliate the  oppression and the unjust people

And destroy Your enemies, the enemies of the religion [of Islam]

They did not appear to question the statement shared by “family friend” Mohammed Hashim.

“We are at a terrible loss for words but we must speak out to express our deepest condolences to the families who are now suffering on account of our son’s horrific actions.

“We are utterly devastated by the incomprehensible news that our son was responsible for the senseless violence and loss of life that took place on the Danforth.

“Our son had severe mental health challenges, struggling with psychosis and depression his entire life. The interventions of professionals were unsuccessful. Medications and therapy were unable to treat him. While we did our best to seek help for him throughout his life of struggle and pain, we could never imagine that this would be his devastating and destructive end.

“Our hearts are in pieces for the victims and for our city as we all come to grips with this terrible tragedy. We will mourn those who were lost for the rest of our lives.” 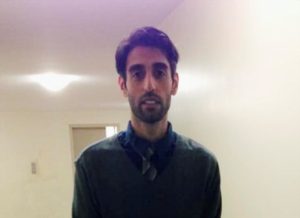 “The interventions of professionals were unsuccessful. Medications and therapy were unable to treat him.”

Am I the only one concerned that Interventions were unsuccessful? Drugs failed? That’s a tad disconcerting. What did the family do to keep him safe from self-harm and hurting others? Did they just throw their hands in the air? What did the professionals say? Where are the statements from his medical team? After all if we are so afraid of the mentally ill that they are running loose murdering people, shouldn’t we know about his treatment?

Where are the extensive records of his extensive mental illness that is claimed as the root cause of this murder spree? Seems we must not ask!

Pundit Michael Coren tweeted:Now there are right-wingers demanding that the family of #FaisalHussein present his medical records to prove he was mentally ill. This ghoulishness, this amoral lust to hate, has infected not only the media but society at large. God help us! #DanforthStrong

Really? We are ghoulish, Michael?

We were given the records of the Sandy Hook killer 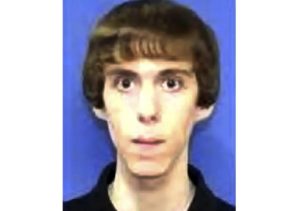 and the Parkland shooter. These two people were unquestionably mentally ill and let down by all organizations that should have helped them and their families. 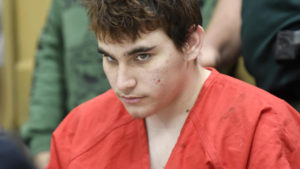 There were reports that some friends said Hussain was “not at all radical,” while others said he was more interested in Islamic discussions “when there were more people around.” Where is his social media footprint?

An eye witness  described Hussain’s actions as an execution.

“Obviously he wanted to do the most damage, kill as many people as he could,” Mantzios said. After he shot the woman, he walked back to the corner, shooting.

Mantzios said the man crossed to the south side of Danforth, fired several shots, reloaded, then crossed the street again and fired into Demetre’s restaurant. He appeared to reload again before carrying on west down the street.

Faisal Hussain was carrying seven magazines of ammunition, each containing up to 15 bullets, when he stalked the Danforth on Sunday night firing at groups of people with a .40 caliber Smith and Wesson handgun when he killed two people and injured 13 others. A subsequent search of Hussain’s Thorncliffe Park apartment uncovered an assault rifle along with ammunition and a high-capacity magazine.

Toronto Police Det. Sgt. Terry Brown, who is the lead investigator on the case, said on Monday afternoon, the day after the shooting, that he “can’t speak to what’s in this individual’s mind” and encouraged people to “be cautious” about jumping to conclusions about “who this person is and what they belong to.”

Statistically speaking there is a greater chance that the terror on Danforth was committed by a Muslim terrorist than someone with a mental illness. But that didn’t stop the media from jumping to the conclusion that it is a mental illness. It is a coward’s way out to accept the mental illness justification without investigating. And why not?  Is anyone going to call you out on social media for attacking the mentally ill?  For fear-mongering? Besmirching us?

What is the equivalent word for “Islamophobic” when irrationally attacking the mentally ill? It’s safer to sacrifice the mentally ill on the altar of truth than even suggest the possibility of a terror attack and be labeled an Islamophobe.

An average of 10 people die by suicide each day in Canada. Of the approximately 4000 deaths by suicide each year, more than 90% were living with a mental health problem or illness. So what if you re-stigmatize the mentally ill. Who cares?

Global News announced July 25 that Hussain had been reported to the police in 2009 while attending Victoria Park Collegiate Institute.  Hussain told a teacher he wanted to kill someone. When the staff member asked why he wanted to kill someone, he said Hussain uttered, “I just feel it would be really cool to kill somebody.” He talked about  being the Joker from the Batman movie, and about liking death and explosions.

Is that the statement of someone with mental illness or someone who is simply evil? I don’t know. But if all he wanted to do was kill someone why did he not kill people in his own neighbourhood?  In his community or the near-by mall? Why did he go to all the trouble of getting to the Danforth?

Terry Glavin from the National Post, wrote “of the severely mentally ill and now dead shooter.” He accepted the family statement. He wrote:

”Evidence may yet emerge to the effect that at perhaps some stage in the psychosis that tormented him Faisal Hussain had been twisted beyond recognition by imbibing the on line vileness of some blood thirsty Islamist hate preacher.”

Maybe Mr. Glavin, if he really had psychosis. Either way he could have been “twisted beyond recognition” by the Imam at  Masjid Dar Us Salaam mosque in his own backyard. And destroy Your enemies, the enemies of the religion [of Islam]

This entire episode in our city’s history is so tragic. A man with severe mental health issues was overtaken by his demons. It led him on a rampage of anger and murder.

We have many questions amongst our angst and tears. Where did a man so troubled get access to a gun? Where was our mental health system for this troubled and dangerous man.

We will grieve for those young lives taken by this troubled man but we must not let our grief overtake the sad reality here. This was not terrorism. This was not hatred. This was not extremism.

It was a sad and disturbed life, a man whose mind turned against him and led him to commit an unspeakable act of depravity.

May the memories of those we lost yesterday be forever a blessing.

Where is the compassion for the mentally ill? By equating mental illness with horrific events the mentally ill are stigmatized. The fear of us grows. And too many suffer in silence before taking their own lives.

Perhaps we should listen to the mental health specialists rather than the pundits.

Dr. David Goldbloom, senior medical advisor at CAMH, said people suffering from psychosis rarely commit violent acts.“For most people who experience psychosis, it is not accompanied by violent behaviour,” he said. “People with psychosis are at greater risk of being the victims of violence then of perpetrating violence.Occasionally, and tragically, some people with psychotic illness do act out in a very violent way.”

Dr. Michael Stone, a forensic psychiatrist in New York who recently completed a study of 228 mass killers, many of whom also killed themselves said, “The typical personality attribute in mass murderers is one of paranoid traits plus massive disgruntlement.”

Dr. James L. Knoll, the director of forensic psychiatry at the State University of New York Upstate Medical University  said that depression and thoughts of suicide, which are commonplace, fall far short of explaining such drastic and statistically rare acts. But to zero in on depression is “a low-yield dead end.”

When reports came in that ISIL congratulated Hussain on his act of terror, these words were not taken at face value. They were investigated. Oh the hypocrisy of the fourth estate.