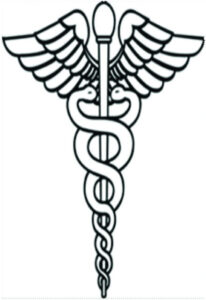 So, why should doctors care about their obligations to the Nuremberg Code and the Nuremberg Defense? Wait. Are doctors taught about the Nuremberg Code? After all, it came about because of atrocities committed by doctors like Dr. J.  Mengele, SS physician, who conducted inhumane medical experiments on prisoners at Auschwitz. Mengele loved to do research on twins. He was the most prominent of a group of Nazi doctors who conducted experiments that often caused great harm or death to the prisoners. But it was SS captain Dr. Eduard Wirths who had the position as garrison physician that made him responsible in all medical matters for the entire camp complex. Thirty “physicians” were at Auschwitz. If you want to learn more, read it here. Reading it was enough to make me ill, writing about the lethal and agonizing experiments is too much.

When the world was made aware of these atrocities, in the name of science, the Nuremberg Code was established so that this would never happen again. The Code was not only written to prevent another Auschwitz, but to prevent abuse of medicine, anywhere.  Abuse always starts small. The Nuremberg Defense speaks about the fallacy of “I was just following orders.” That excuse is not viable; because of the Nuremberg trials that led to the new Code of conduct.

The Nuremberg Code has been called on because of the vaccine mandate. It doesn’t take a genius to know there is no comparison between a vaccine and Mengele’s experiments. But it is a Code that was developed to prevent anyone from being forced to take any medicine or medical procedure, ever, against their will. The idea of being forced to take a vaccine may seem a trifle, but coercion is not permitted because we have seen what happens when force is used in medicine. And we do not allow that. Except, apparently, for this one vaccine – an experimental vaccine now being put into the arms of our children who apparently don’t get very sick from Covid.

According to Dr. Tam, the chief public health leader in Canada, COVID-19-related deaths in young children happen rarely, adding that over the course of the pandemic there have been fewer than 20 fatalities among those under 19.  In 2019, there were 18 deaths from influenza and pneumonia in Canada per 100,000 population, an increase from previous years. Influenza, more commonly known as the flu, is a highly contagious viral infection and frequent cause of pneumonia. Pneumonia is a more serious infection of the lungs and is particularly deadly among young children, the elderly, and those with certain chronic conditions.  There are 7 million people under the age of 18 in Canada.

Will parents be allowed to say no the vaccine?  Will the punishment be banishment from school? Will children lose their freedom of movement the way adults have lost theirs from not wanting to take THIS PARTICULAR VACCINE?

Why do doctors allow themselves to be bullied?

Which brings me back to the doctors. Where are they? When politicians started dividing us into essential and non-essential people, doctors should have been worried along with our religious leaders.  Doctors are trained to treat each person as an individual; not a member of any group.

Here are guidelines from the Ontario College of Physicians and Surgeons. As more than 5,200 doctors and scientists  signed the “The Physicians Declaration,”  September 2021, condemning policymakers for authoritarian approaches of forcing a “one-size-fits-all” COVID treatment strategy which is resulting in “needless illness and death,” I am assuming that most Colleges follow the same guidelines.

“The College does not view CPGs as rules “cast in stone,” but rather as important resources, which will provide physicians with a range of appropriate options for patient care, based on available research data and professional consensus.

Typically, CPGs are intended to provide physicians with a framework for diagnosing, assessing and treating clinical conditions commonly encountered in practice.

Because CPGs are developed to promote best practice for populations of patients, they will have variable applicability to individual patients.

How is it that we rarely hear of anyone receiving a vaccine exemption? Are we to believe that every single person on the planet has to take this vaccine to end this pandemic, and that no one can be allowed to live a free life without it? Covid is not nearly as fatal as the Spanish flu. Talking about flu and vaccines:

The 1976 government swine flu vaccine campaign was suspended after just 10 weeks due to 25 sudden deaths and 550 reports of Guillain-Barré syndrome following vaccination. Yet where are you when the numbers of deaths from this are 652 more than they were in 1976? As of October 16, 2021,  676 COVID-19 deaths were reported among those with full vaccination status in Canada.

Why are you doctors still listening to Pope Fauci and his apostles, despite the fact that it has been proven that he knew about gain of function and that the virus escaped from the Wuhan lab he funded.

What happened to convincing people of the goodness of the vaccine rather than resorting to coercion? The Mayor of NY City was offering $100 to children of they get the vaccine? Where is that science? Doctors, dentists, where were you?

If it’s that great, people will get it. But your job remains caring for each person as an individual, not a widget.

Dr. Matthew Memoli, who runs a clinical studies unit within Dr. Fauci’s National Institute of Allergy and Infectious Diseases (NIAID),has served at the NIH for 16 years and recently received an NIH director’s award, both opposes vaccine mandates and has declined the coronavirus vaccine, arguing that they should be reserved for vulnerable, elderly, and obese Americans.

“I think the way we are using the vaccines is wrong. Regarding the existing vaccines, Memoli reportedly argued that “blanket vaccination of people at low risk of severe illness could hamper the development of more-robust immunity gained across a population from infection.”

In Pfizer’s FDA briefing document prepared for the Oct. 25 meeting there was an admission that even according to the company’s own unverified and misleading math, there is a scenario where there would be more hospitalizations among children for myocarditis — just one side effect — than from COVID.

Taiwan’s Central Epidemic Command Center (CECC) announced the suspension of 2nd doses of the Pfizer-BioNTech jab for children aged 12-17over concerns that it may increase the risk of myocarditis.

A real doctor would take all the information provided to help a patient make a decision about a vaccine. And how many doctors were aware that the vaccines weren’t really working? And when?

Dr. Stephen Hahn, head of the Food and Drug Administration during the final portion of the Trump administration, said last year that the agency wouldn’t authorize COVID-19 vaccines that weren’t at least 50 percent effective against infection.

How many of you knew that? I am going to suggest many. But your fear over your harming yourself was greater than your obligation to your patients. And yet you had a right and obligation to speak because of the Nuremberg Code and Defense.

Why is it that very few doctors will give vaccine exemptions? Are doctors afraid to give these exemptions because their colleges have told them they will be in trouble if the give exemption or just have the audacity to share their scientific views on the vaccine? Your silence allowed for the rise in mental unwellness amongst our children with cutting and suicide; drug overdoses; family breakdown; an increase in poverty.

There is no one size fits all. Except for this PARTICULAR VACCINE. Doctors like Patrick Phillips and Kulvinder Gaur Gill, and Drs. Robert Malone and Peter McCullough, Dr. Zelenko, and America’s Front Line Doctors are under attack for having a different perspective on the vaccines and the mandates and early therapies.

Your refusal to participate in a discussion about the vaccine, the lockdowns, therapeutics like hydroxychloroquine and Ivermectin, led to thousands if not tens of thousands of deaths because you refused to try and help people with early signs of Covid.  Dr . Harvey Risch promoted early treatment-like hydroxychloroquine. Many others did as well. Studies have taken place all over the world. Where were you? Following orders?  Cat got your tongue?  What happened to risk/benefit discussions for each individual patient? Aren’t you supposed to question, verify and make decisions based on each patient? Or have you chosen to promote the Noble Lie?

You allowed Big Pharma, your Colleges and the children of Sillycon Valley to make decisions for you.

What happened to first Do No Harm?

The day will come when you will realize that you failed your Hippocratic Oath and the demands made by the Nuremberg Code  and Defense to prevent medical abuse. What will you do then? 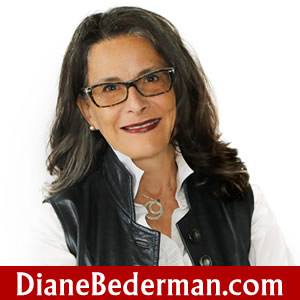