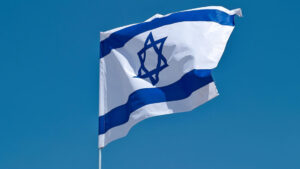 We, the Jewish people are the Light Unto the Nations. We bend the knee to no one.

We gave the world the ethic of freedom, without which we all would be serfs serving a pharaoh.

I don’t know about you, but I have had enough Jewsplainin’. Explaining my right to exist as a Jew. And now the right to have a Jewish state. There is an entire industry, aided and abetted by main stream media, devoted to promoting the lie that Jews are not indigenous to the land of Israel. That Jews are interlopers. No other people or country spends so much time explaining their rights. When was the last time you heard Iran justify its existence?  We are one of the oldest civilizations. I think China may be the oldest. Do you see China justifying her right to exist? Ever? Justify their policies? No.

How about Russia?  Or even Ukraine? Never. The world has its knickers in a knot because Russia is violating Ukraine’s borders. Has any country ever cared when Israel’s borders are violated?

Over the years, we have developed an industry of Jewsplainin’  around the world. Sharing THE facts; as if facts matter to Jew haters. If only we explain….

Let’s face it: Jews have been hated since time immemorial. After our 400 years of enslavement to the Egyptians, we were brought out of slavery and accepted the Bible from God in the desert. We accepted an ethic of freedom, unheard of at that time and still missing in many countries, today. That ethic came with rights but also responsibilities: no more murder, adultery, pedophilia, stealing, gossiping or coveting. For many people and tribes, especially those with honour/shame cultures, this was too much to ask. Then the Jews were hated for refusing to accept the God of other religions-Catholicism, Christianity and Islam. How dare we?

The die was cast. In every generation there is an Amalek who wants to destroy us. Since the rebirth of Israel on her legal and historic lands, Jew haters have accused Israel of new blood libels – the most despicable; of being an apartheid state- a state based on hate. These modern-day Jew haters learned well from the Nazis.

Suggesting that Israel does not have a right to exist is as preposterous as suggesting that a man can become a woman. It wouldn’t surprise me if the same people who spout that nonsense are the ones who accuse Israel of being an apartheid state and calling for her elimination. It’s all part and parcel of the Marxist Critical Race Theory; its sole purpose is the destruction of western culture, the roots of which grow deep inside the land of Israel, the ancestral home of the ethic of freedom. Blame the Jews!

People always seem to need a scapegoat. There is often one in a family – it’s her fault. Well, in the world family, the Jews are the scapegoat. Blame the Jews. It’s a tiny group in the grand scheme of things. Who bullies a giant? I have learned from personal experience that people CHOOSE to hate the Jews. One Jewish state in a world of 194 countries, 50 of which are Muslim only and thirty which are mostly Muslims. There are 8 billion people on the planet; two billion Muslims, one billion Christians and one billion Catholics; and too many of them have been raised bathed and swaddled in Jew hatred-not just from birth-but from conception. They are innately, systemically and endemically filled with hate for Jews.

There are 15 million Jews. And the Jew haters know that we rule the world! If we ruled the world do you think there would inly be 15 million of us? If you wanted to make friends, would you choose from the tiny group or the larger group? Silly question. The larger group.  All those “Jewish” organizations that stand with Jew haters: they want to be liked. No one taught them the importance of respect. Who the heck wants to go to school and be attacked for the crime of being Jewish? Where is the joy in university if you are forever explaining the right of Israel and the Jews to exist when you could go pub crawling?

Israel spends an inordinate amount of time and money Jewsplainin’ and justifying, and now placating. Have we Jews not learned yet that appeasement breeds contempt? We gave back Gaza – land for peace. Peace? Gaza has done nothing but send missiles into Israel and build tunnels into Israel in the hope of gaining access to cities to murder Jews.  And talk of giving more land for peace? Why?

Why does Israel have members of the Islamic Movement in government? These are the people calling for the elimination of Israel – you know “Palestine will be free from the river to the sea”?  At the very least a two-sate solution! Right. So why would any Israeli make any kind of compact with them? Keep your friends close your enemies closer? Islamists in government is like Nazis in the government. Islam is Nazism 2.0. Arab Muslims are encouraged from birth to grow up and kill Jews. They learn it in kindergarten.

Why are non-Jews allowed to proselytize in Israel? For what purpose? Oh, right – look how nice we are! We tolerate everyone! Really? Extreme tolerance, inclusion and accommodation is the direct route to suicide by democracy.

I receive lists of Israel’s accomplishments; in tech, medicine, agriculture, everything. As if Jew haters will suddenly respect us for our contributions to the world.  I laugh at the people who support BDS. They seem to be unaware that they would have to throw out their cell phones if they truly believed in it.  And what could be more important these days than your cell phone? Nor is anyone going to respect the Jews by telling them how kind we are.  Israel is always one of the first countries to bring aid to a disaster or catastrophe. We don’t help others for recognition, to be liked. It is in our blood; from our ethic. Has that made a difference to the Jew haters?

Why do we beg to be liked?

Enough. Accept the fact that we are hated for no particular reason and every reason and carry on. Stop Jewsplainin’. Stop trying to make people love us. Especially in Israel. Stop placating the haters by always showing them we are not bad people. Israel is the nation of the Jews. It has been the Jewish nation for 3500 years despite the fact that for far too many of those years we were living in exile. But it was and is and always will be the Jewish homeland. Read the Bible.

Instead of responding to the never-ending hate shared every day in main stream media, let’s keep Israel in the news by celebrating every important date and event in our Jewish history of 3500 years. Let’s make more holidays. Let’s help CILR: Canadians for Israel’s Legal Rights. They are promoting a new holiday: Yom San Remo, marking the anniversary of the signing of the San Remo Declaration April 25, 1920. A great day in Jewish History, preceded by The Balfour Declaration of November 2, 1917, which put into place the development of the modern Jewish state of Israel. What better way to tell the world we are here and not going away!

How about Happy Jewish Ethic day – when Israel received the 10 Commandments; an annual reminder that freedom is a gift from the Jews.  Happy First Temple Day. Happy Second Temple Day. The Temples UPON which Muslims built their mosque. We can mark the day in 1923 when Britain unilaterally and illegally gave away much of the Mandate for the Jewish homeland in Palestine, making Jordan the Muslim Palestine. The world needs to hear that at least once a year. Then we have our own Naqba; 850,000 Jews were ethnically cleansed from the Arab nations in 1948 when five Arab countries attacked the nascent Israel.  Let’s mark that day, too. Let’s remind the world that our Jewish refugees were not placed in camps for three generations but found new homes. Celebrate every war we have won. Lord knows we can’t afford to lose a war. Because for Israel every war is equivalent to a world war because Israel’s existence is always precarious. We won the wars of 1948, 1967, 1973. Let’s mark those days on the Israeli calendar and announce them. Celebrate them. How about a special day marking all the accomplishments of Israelis?  The Gifts of the Jews Day. The products the world so loves to BDS! The world will hear about us all the time. And come to realize we are not going anywhere and we are a force to contend with.

And for the Jews in the diaspora. Enough Jewsplainin’. We will never be liked. Ever. So, let’s wear our Jewish symbols proudly. Have you heard of any other religious group hiding their symbols out of fear?  Have we forgotten that God is with us and tells us 365 times “Do not fear”? And when you have enough Jewsplainin’ try this:

First, take courses in JewJitsu! Stand tall and proud. Then flip the bird and tell these Jew haters to va te faire foutre.

You don’t like the Jews? Tough. Get over it.