Women who want to be at home mothers, follow Ginsberg’s lead 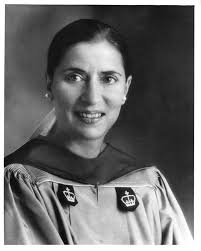 We are at another crossroads. We, in America and Canada in particular. In our desire to bring equality to all, we threw out the traditional family. The family, where one parent, usually the mother, stayed home to raise the children with the values of that family, those parents.  Raising children was once an important job. Certainly more important than making widgets. Perhaps because one can recall a defective widget.

It is just and right that all people are provided equal opportunity. What happened to the rights of women who want to be mothers? They seem to have been taken away in the name of women’s rights. We unintentionally threw away choice. Yes, that is what I said. Choice. How many women today can choose to stay home? Very few. In an attempt to elevate women from the traditional roles, we demeaned parenting. When I was at the park with my three children under four, one in the stroller, one standing on the back of the stroller and one holding my hand, another woman looked at me and my children and asked if I worked. This was in the mid 1970’s.

Family values, the term itself, is attacked. It smells of…religion. Remember President Obama calling out Americans who hold on to their guns and religion? How dare you, he seemed to be saying. Yet, the family is the smallest unit of authority in a community, a society. When it breaks down, there is a terrible ripple effect. We have witnessed the effect of fatherless families. What about families whose parents are absent because both need to work to pay the bills?

I watched a movie about Ruth Bader Ginsberg and her husband Martin. Together, they were instrumental in tearing down the walls of discrimination against women.

And it took place, in the 1970’s, in the courts, regarding tax laws. It seems there were approximately 170 tax laws that discriminated against women at that time. These laws ranged from the serious (widowers, assumed to be the family breadwinners, could not receive social security benefits from deceased wives, a provision of the Social Security Act Ginsburg would go on to challenge before the Supreme Court), to the downright absurd (in Wisconsin, female hairstylists couldn’t cut men’s hair). The Equal Pay Act, passed in 1963, was the first piece of federal legislation to prohibit sex-based discrimination.

Ironically,the tax code court case that changed everything had to do with the rights of a single man. I mean single, as in never married.

Suzanne Goldberg, a professor at Columbia Law School noted: “It can be difficult in 2018 to imagine that so many laws distinguished between men and women or that so many laws restricted the rights of women, but that is where we were.”

Let’s start at the beginning with the Moritz v. Commissioner of Internal Revenue,the first gender-discrimination suit. Ginsberg and Ginsberg argued the case in the Tenth Circuit Court of Appeals in Denver, Colorado.

A Denver bachelor named Charles Moritz, whose job in publishing required frequent travel, had represented himself in tax court and lost. He’d argued that it was unfair to deny him a tax deduction for the money he’d paid a caretaker for his 89-year-old mother, who was his dependent, simply because he was man who’d never married, when a single woman in the same situation would be entitled to the tax break. Suzanne Goldberg  explained, “This tax law sought to give a benefit to people who had to care for dependents but could not imagine that a man would be doing so.”

This case was described as “neat a craft as one could find to test sex-based discrimination against the Constitution.”

The court ruled for Moritz, determining that the code made an “invidious discrimination based solely on sex” and therefore opposed the Fifth Amendment’s guarantee of due process. It was the first time a provision of the Internal Revenue Code had been declared unconstitutional.

The tax code. Changing the tax code can prioritize values. For Moritz, he was valued as a male care-giver. Unheard of at that time.

I have no idea if these questions were really asked, but they were prescient. Family changed. The Traditional Family.  Women who wanted to stay home and work – at raising children, full time have been affected.

The point is that we are in crisis. Our families are failing. Our young boys in particular are suffering.

According to this article from 2016 in Psychology Today, children whose parents work full time do not necessarily suffer. There are positive aspects to two parents working outside the home. But what caught my attention was the comment about lack of choice:

“The only children who struggled more were those whose mothers returned to very intensive full-time employment early on – a finding that makes a case for longer maternity leaves, the researchers said. These children showed slight increases in externalizing behaviors, or directing their negative feelings toward other people.  The review also found that children in middle- and upper-class families with two working parents were slightly more likely to see decreases in achievement later on.”

A report from  the Pew Research Center  shows that the effort to balance work and family life is, for many, a struggle. And it shows the stress of balancing work and family life is felt most acutely by middle-class, college-educated families.  More American families than ever now include two fully employed parents.

Nearly half (46 percent) of all two-parent families with children younger than 18 have both parents working full time outside the home, versus less than a third (31 percent) of U.S. families who fit that description in 1970.

The United States shows statistics of around 53% of all children above the age of 9, being latchkey – which means they come home to no parental supervision after school.

For women, the struggle centres on time. For many full-time working moms, “feeling rushed is an almost constant reality,” and 4 in 10 working moms say they “always” feel rushed, according to the report.

Children also may be missing out on the ‘foundation of family.’ This foundation of family exists when children form deeply rooted relationships with parents throughout their life and feel the security of always having a parent to count on in times of need. For many parents in these households, there is also an underlying mental health issue of guilt and depression because they feel they are missing out on their children’s life.

Seems there is a lack of choice.

I am no tax lawyer. But I know enough to appreciate how tax laws affect priorities. How difficult can it be to make tax laws that make it POSSIBLE for a parent to stay home?  How many women work five days a week to cover child care expenses with a tiny bit left over?

This is not about free stuff. This is about recognizing the role of mothers and fathers in our society just as the Ginsbergs forced the courts to recognize the role of unmarried sons.

If we are going to have true choice, then we must make it possible for women or men to choose to stay home.