Influencers and your children 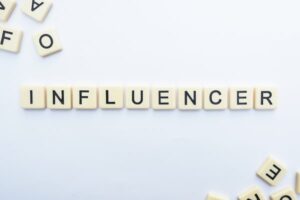 Influence: the power or capacity of causing an effect in indirect or intangible ways : sway: the act or power of producing an effect without apparent exertion of force or direct exercise of command:  corrupt interference with authority for personal gain

So what is an Influencer? The figure of an influencer is supposed to change how we behave, to be a spokesperson who should show a deep sense of appreciation (for something), rather than appropriation. It’s an influencer’s responsibility to create experiences, ideas and ways of thinking that entice crowds to follow them.  Many of these influencers have from hundreds of thousands to millions of followers.

These Influencers are speaking to your children in their bedrooms, without you there to mediate, teaching them morals and values that may not be yours but fit in with today’s cancel culture. They are like pedophiles and bullies who come after your children on line.

I remember people of influence. They did not have the title Influencer. They didn’t need the title. They just influenced by example. They certainly were not given the responsibility to create ways of thinking! What a sense of self-importance!

Fashion and Fluff people who are soooo important. You need to take a look at them!

So what harm could these fluff artists do? But I find it interesting there are no biologist, chemist, astronaut, author, influencers.

But there are the influencers that peddle hate.

What would life be without Jew hating Influencers? Dua Lipa is a British pop star of Bosnian descent and currently dating Palestinian-Dutch Model Anwar Hadid, brother of infamous Gigi and Bella Hadid. The Hadid family is one of the biggest and most famous purveyors of antisemitic and anti-Israeli rhetoric on social media in America.

Dua Lipa has been using her fame to vilify the Jewish nation and its people and to promote antisemitism to her fans. She also failed to post any condemnation of Hamas, the U.S. designated terror group that fired more than 4000 rockets at Israeli civilians during Operation Guardian of the Walls.

Dua Lipa’s hateful rhetoric towards Jews became so offensive that The World Values Network organization posted an ad blasting her, along with her boyfriend’s two sisters – Gigi and Bella Hadid.

John Legend, a voice of social justice, lent his soulful voice to the anti-racist struggle, offering a Twitter primer on the “defund the police” movement: interesting as I doubt he is ever without police protection of some kind.

Ibram X. Kendi, scholar, racist systems dismantler provides white people and parents a way to reform themselves in his  best seller How to Be an Antiracist, which holds that “anyone not actively engaged in this system-changing work is a collaborator with racism, and therefore himself a legitimate target for attack.”

Rachel Cargle, anti-racism teacher, Cargle works outside academia as a “public academic.” Educates her followers, many of them white, on structural racism from a virtual public classroom on Instagram.

Ijeoma Oluo, author, activist, “internet yeller” contributed  “Mediocre: The Dangerous Legacy of White Male America” about white male supremacy, which Oluo calls “one of the most evil and insidious social constructs in Western history,” from the violent takeover of indigenous lands and the genocide of native people to generations of trauma and loss from anti-Black racism.

Erynn Chambers, TikTok culture changer 600,000 followers and 48 million likes, Chambers has become one of the most important creators raising awareness of the Black experience and racism on TikTok, which has been criticized for promoting white voices over Black voices.

These are top social media influencers who are leading the national conversation on racial justice. They promote Critical Race Theory and cancel culture. They are against the nuclear family. And they leave no stone unturned to get your children on side. They attack America and the West with hate for America’s Values and people of no color. They promote division, segregation and hate. To your children, in their rooms, all alone who so want to belong.

And then there are the transgender Influencers. First, let’s be clear, there are some people who are confused about their sexuality. There are some people who have the reproductive organs of male and female. But the idea that a boy can become a girl or a girl can become a boy is nothing more than an attempt to destroy family, the smallest unit of authority in a free society.

For decades we have known of people who dress the other gender. Great. Go for it. But to promote radical maiming surgery like the removal of breasts, uterus, penis, testicles, is beyond the pale-and well beyond science.

These influencers are reaching your children at a tender, impressionable, confusing them and pushing them to believe that it is terrific to mutilate their body. They enter your children’s room, when you are not there, to seduce them.

Alex Bertie is a Transgender man who not only runs an amazing Youtube Channel with 309K subscribers but is also an author of the book Trans Mission: My Quest To A Beard.

Nikita Dragun is a social media star, model, makeup artist, fashion entrepreneur, beauty guru and trans-right activist. She first rose to fame from her highly popular YouTube channel when she posted an emotional video tagged “I am transgender”, which has since gone viral. Her YouTube currently has 1.8 million subscribers and she uses her platform to advocate for Trans Rights, authenticity, acceptance and inclusivity.

Jazz Jennings is the 18-year-old star of TLC’s reality show “I Am Jazz.” She began living as her authentic self at age 5 (because at 5 you know who you are), and with the aid of her parents, she asserted her identity as a girl while demanding her school treat her as one. Jennings has since ascended into a role as one of the nation’s foremost trans activists and social media influencers. Her YouTube channel has more than 560k subscribers offers a personal account about her transitioning journey and the experiences she has along the way.

Kai Wes Bigwood is a transmaculine nonbinary hero. Using their Instagram platform to document their top surgery and transition, Bigwood advocates for trans-awareness and anti-LGBT+ bullying. They have a shock of coiffed blonde hair, regularly rock beanies and backwards caps, and frequently post photos of themselves shirtless, embracing their post-op chest. Candid and honest, Bigwood shows us how queer and lovely life can be.

Coming out as transgender at age 4, Avery Jackson was supported by her parents to fully transition, and through this experience she has become an advocate for LGBT youth. Her story made national headlines as her parents were passionate about going to great lengths to help their daughter be happy. Combatting the lack of representation of transgender children, Avery has helped other families find strength and encouragement in their own trans journeys.

Social media is making it too easy for others to teach YOUR children, to infect them with dangerous propaganda, anathema to your values.

Influencers are not benign.