Andrew Potter, director of the Institute for the Study of Canada McGill University, described Quebec as a “pathologically alienated and low-trust society.” A Bloc Québécois MP described the story as “Quebecophobia.”  Potter has now resigned his post. Not much has changed since I wrote my article four years ago. A special page was posted:  Is Diane Weber Bederman Honest Enough for Canada? I didn’t apologize. 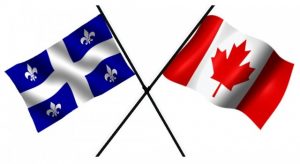 The secular fundamentalism as practiced in the province of Quebec is destructive to the bi-lingual, multi-ethnic fabric of Canada. Quebec’s narrative of uni-lingualism, uni-culturalism and uni-ethnic absolutism is a throwback to tribalism that flourishes in parts of Africa and the Middle East.

Tribal societies are closed, intolerant of others, and implement laws which emphasize an aggressive nationalism and often racism.

Quebec has a history of tribalism. During both World Wars, Quebec opposed conscription. May 1917, Prime Minister Borden asked liberal leader, Wilfrid Laurier, to back conscription. Laurier feared losing Quebec and voted no. When conscription was finally passed in August 1917, every French-speaking MP was opposed. There were protests in Quebec City against conscription that left five dead. French Canadians felt no loyalty to the British Empire. After all, the British had conquered the French in Canada. That Quebec was part of Canada didn’t seem to register.

In 1942 the Ligue pour la défense du Canada campaigned against conscription with 72.9% of Quebec residents saying “no.” The rest of Canada voted “yes” by 80%. This time, the French Canadians felt a lack of connection to France; politically, culturally and demographically on top of their lack of loyalty to the British. The Québecois, instead, turned inwards, away from any conflict in Europe, away from Canada.

During the reign of Nazi terror Canada effectively closed the doors to Jewish refugees because of the anti-Semitism promoted in Quebec by “journalists” in Le Devoir, La Nation, L’Action Nationale, L’Action Catholique; politicians like Wilfred LaCroix, C.H. Leclerc, H.E. Brunelle and organizations like St. Jean Baptiste Society. Rather than lose Quebec, the sitting Liberals sacrificed the Jews.

The Quiet Revolution of the 1960s may have removed Catholicism but not the tribalism which is now called secularism. In 1976 talk of separation of the French tribe of Quebec from the rest of Canada elicited concern from all those not “native French-speaking citizens,” and fear from the Jewish community. They had experienced the tendency for “nationalism” to be exclusive and intolerant of others. 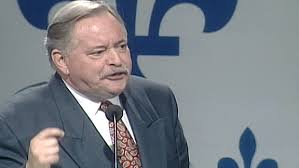 And then Parizeau put all their fears into words right after the referendum:

“It’s true, it’s true that we have been defeated, but basically by what? By money and ethnic votes, essentially.”

Subtext: Only the real French people belong in Quebec.

Here we are in the 21st century and not much has changed in Quebec — except the language used to obfuscate the closed attitude and lack of tolerance for others. In Spring, 2012, Quebec was in a tizzy. A chicken processing plant was certifying Halal chickens. Apparently, killing chickens in a manner that makes them edible by Muslims is an infringement on secular living. Spring lamb from Australia also tends to be halal. Quebec seems to have a problem with kosher as well. Do the Québecois fear Muslims and Jews are trying to convert them through the consumption of food?

In November 2012, Quebec radio talk-show host Jacques Fabi encouraged a woman to spew hate against the Jews. She compared Israelis to dogs and claimed that the Holocaust was “the most beautiful thing that happened in history.” Not only did he not stop her, he commiserated with her about the Jews. One must “wear white gloves when talking about this nice Jewish population of Montreal.”

The cartoon makes the link between Jews, money, and a payoff.

Today, we are faced with a province that employs words and phrases like “Quebec values,” “reasonable accommodation” and “secularism” in order to spread fear and hate of others within their province. Laws against head-coverings for children in amateur sports.

Ticketing cars for illegal parking during Jewish, Muslim, Sikh or Hindu holy-days when it’s never been a problem. And in Tuesday’s National Post we read about La Ronde, a park owned by the American Six-Flags Entertainment Corporation, refusing to allow Muslim and Jewish families to bring food into the park for the simple reason that the park doesn’t provide food they can eat.

In Quebec it isn’t reasonable to make room for these differences and we know this because 19,000 Quebecois signed an on-line petition demanding that “these people” not get special rights. None of the requests would have adversely affected secularists, unless the “secularists” come from Quebec.

It is Orwellian for Quebec to call its behaviour “reasonable accommodation.” There’s nothing reasonable behind the actions taken by this government and there’s no accommodating those who are different, who aren’t white, French-speaking citizens claiming to draw a line — even a crooked one from their pure-laine ancestors to today.

Quebec’s leadership is pushing the limits of democracy, slowly eating away at freedoms given to other citizens in Canada, verging on fascism. Tribalism in Quebec is no different than tribalism practiced anywhere else in the world. It is a closed society, one language, one religion, one race, one tribe, that encourages fear of the other, enabling it to make restrictive laws to the point that it incites hatred.

It’s time to demand that Quebec follow the laws of the rest of Canada or we should hold a referendum to decide if Canada wants Quebec to remain in the Dominion.