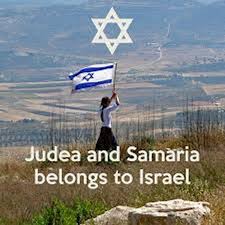 There are 193 countries in the world, about 50 are Muslim. And then there is one tiny speck of land, Israel, the only Jewish state, that takes up all the time of the UN. The UN does not like Jews. They never miss an opportunity to try and shake down the country and attack it for some crime.

The latest comes from Public Prosecutor Fatou Bensouda of the ICC. She said Israeli authorities may have committed war crimes related to the “transfer of Israeli civilians into the West Bank,” a reference to Jewish settlements in the occupied territory. (Please note the “occupied” when it is not occupied: At the most it is disputed-by the antisemites).

Eugene Kontorovich, a scholar at Forum Kohelet and a professor at George Mason Antonin Scalia Law School noted Bensouda’s hypocrisy after she “pretended, in the interest of evenhandedness, to investigate 150,000 Russians being moved into Crimea and concluded without any fanfare that is not a war crime.”

So it’s only a war crime when it involves Jews.

But the Palestinians welcomed the decision, with Saeb Erekat, a senior official, calling it a “positive and encouraging step” toward “putting an end to the impunity of the perpetrators and contributing to the achievement of justice.”

“This represents a message of hope to our people, the victims of those crimes, that justice is indeed possible,” he added.

Putting an end to the impunity of the perpetrators? Well according to Open Doors, Christians in the “Disputed territories” are on the receiving end of impunity from the PA.

Open Doors, a human rights group that follows the persecution of Christians, notes in its most recent report that Palestinian Christians suffer from a “high” level of persecution, the source of which is, in its words, “Islamic Oppression”:

“Those who convert to Christianity from Islam, however, face the worst Christian persecution and it is difficult for them to safely participate in existing churches. In the West Bank they are threatened and put under great pressure, in Gaza their situation is so dangerous that they live their Christian faith in utmost secrecy… The influence of radical Islamic ideology is rising, and historical churches have to be diplomatic in their approach towards Muslims.”

Just out of curiosity, are the Christians excluded from particular living spaces? Can they live anywhere they want?

Tazpit Press published a report stating that eleven institutions associated with the Greek-Orthodox Church signed a statement protesting the ongoing attempt by the Palestinian Authority (PA) to take control of the plaza in front of the Church of the Nativity in Bethlehem.

According to the Tazpit report:

Theophilos III, the Greek Orthodox Patriarch of Jerusalem, claimed the Palestinians are harming the Christian presence in Bethlehem, forfeiting their rights, harming Church assets and violating their right to light Christmas trees on the plaza.

I am going to guess that you missed these reports on main stream media. They don’t fit the victim status of Palestinians. Nothing is their fault.

Now back to war crimes. It is a war crime for Jews to live in Judea/Samaria.

Think about that. A war crime for living in your own land.  A land that is legally and historically Israel. Joan Peterson wrote an extraordinary book about the Jews and the Muslims in Israel. She was asked by President Carter to research the rights of “Palestinians to the land called Israel and Judea/Samaria. He believed that Palestinians were being treated unfairly. Seven years later she came out with the book From Time Immemorial. And she stood firmly on the side of the Jews. The land belongs to the Jews since time immemorial.

That Israel survived all the wars against her is a miracle. The British did their best to aid and abet The Arabs in 1948 by removing as many weapons from the Jews as possible while arming the Arabs. But Israel won. Their defensive war against five Arab states in 1967 led to Israel regaining land lost in 1948, and then some. No one complained when Jordan occupied Judea/Samaria, East Jerusalem and the Temple Mount. Not a word was heard when the Jordanians destroyed 50 Jewish Holy sites. No one cared until the Jews won!

But of course the EU and UN and the left prefer to promote the Occupation Lie. It soothes their innate Jew hatred, also from time immemorial.

Have you ever heard a word about the Judenrien states in the world today? All 50 Muslim states?  These states are without Jews, who had lived there since the time before Jesus, because the 850,000 Jews living there were forcibly removed in 1948. The idea that the world will push for another Muslim state in the Middle East and North Africa that will be Judenrien is beyond belief. How is this any different from the removal of Jews by the Nazis?

What did the world learn from the Nazis? Nothing. They allowed the Muslims to bring the hate forward.

The Mufti of Jerusalem, Haj Amin al-Husseini, led the broad Arab-Nazi alliance in the Holocaust that produced a military, economic, political, and ideological common cause with Hitler.

This Nazi-Arab alliance thrived, complete with tens of thousands of Islamic and Arab volunteers arduously fighting in the trenches, coordinating diplomatic and strategic affairs through the Arab Higher Committee, broadcasting nightly incendiary hate messages beginning with words “Oh Muslims,” and undertaking all things calculated to advance a German victory, which promised an Arab state in Palestine and a disappeared Jewish population. No wonder the Arab marketplaces were filled with placards that exhorted, “In Heaven, Allah is your ruler. On Earth, it is Adolf Hitler.

The “Palestinians” are following through with Hitler’s plan to annihilate the Jews. And the world, once again, remains SILENT.

If the Jews are to be removed from the “Disputed territories” for peace, does that mean Israel can remove the Muslims and send them to “Palestine,” for the sake of peace? Can you imagine the screaming that would take place if Israel said, hey let’s swap populations like India and Pakistan did in 1948?

The idea that land for peace would lead to peace has collapsed. Look at Gaza. Jews were removed by the Israeli government from Gaza in order to promote peace. How’s that going? Hamas, and now thanks to Iran via Obama, Hezbollah, spend all of their money on attacking Israel with bombs and fires. And tunnels to enter Israel to target civilians. Hamas always targets civilians and uses their own people as human shields. They send young people to the border to attack the IDF. Gaza suffers because it is run by Hamas and now Hezbollah. The Muslims under the control of the PA suffer from their own leadership. Money goes to Muslims who murder Jews, pay to slay, rather than the needs of the people.

But don’t let that get in the way of going after Israel for war crimes.

Where are the UN and the EU and the ICC? Oh, right, charging Israel with war crimes for helping Jews live in Judea/Samaria, the legal and historical land of the Jewish people.