It’s not about abortion; it’s about the sanctity of life. 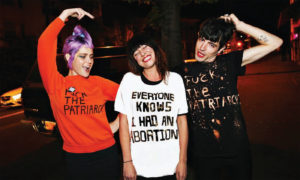 The state of Alabama has passed the most restrictive laws against abortion in America.   Many states are now passing laws that restrict unfettered abortion which evolved from Roe v Wade.  Mississippi, Georgia, Kentucky and Ohio have also passed so-called “heartbeat bills,” which effectively ban abortions after six weeks of pregnancy. I think passing these laws is about far more than abortion. I think these laws reveal a frustration from men and women across America who have watched as the sanctity of life, all life, one of the fundamental pillars of western culture, has fallen to the wayside. Opening the discussion on abortion will allow for a public discussion on life, itself.

What began as an attempt to save the lives of women desperate to end a pregnancy, and too often dying in back rooms, has evolved, or devolved, to rights of women becoming so overpowering that we no longer consider the rights of others; from the unborn child to the father. We have so removed the father of the child that we now have discussions about male toxicity! Is that supposed to encourage men to be better? 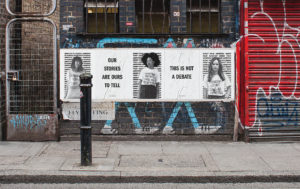 We have given women God-like rights – over life and death – but have not insisted on teaching responsibilities and obligations to others; including the unborn fetus; who feels pain.That governments have suggested that a fetus can be aborted minutes before birth is anathema to our basic ethical system, and no one seems to care. Celebrities are sharing stories to remove the stigma of abortion. Why? What’s wrong with stigmatizing abortion? Why would we ever want to normalize abortion? Abortion is not the removal of a tumour or a hang nail. It is the death of a potential life. But one has to acknowledge that  fact and too many gloss over it in order to celebrate abortion, instead.

Look there’s a hashtag #ShoutYourAbortion and “Abortion is normal.”  And now you can own Shout Your Abortion, “a colorful, zine-inspired coffee table book with portraits of a wide variety of people who share their abortion stories” and “celebrates life and freedom as much as choice.” Something to browse through while you have some canapés with a glass of chilled white wine.

And  Yes Magazine whose motto is: Journalism for People Building a Better World is promoting that book.

I respect  the right to accessible and affordable abortion. As I have written many times, no woman should lose her life seeking an abortion. But this sentiment  posted by a publication that is building a better world, “Abortion as a celebration of life,” is a perversion. It is Progressive Groupthink gone mad.

Contrary to far too many people,the abortion debate is not over.