Jiminy Cricket may have to go into hiding 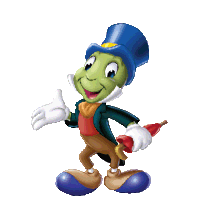 News Alert: Jiminy Cricket may have to go into hiding. He has been heard expressing surprise, shock and astonishment that his fellow crickets are now being bred for food in first world countries. Who knew?

Why would we need to turn to crickets for food?

The WEF under the leadership of Klaus Schwab is promoting crickets as a major source of protein as he and his colleagues – leaders of the West; including my hero Justin Trudeau, start to take down farming and demand reductions in livestock – seems they belch dangerous gasses that are destroying our climate.

It all kicked off in June as Dutch farmers protested over their government’s proposals to slash emissions of damaging pollutants, a plan that will likely force cultivators to cut their livestock herds or stop work altogether.

And the attacks on farmers spread across Europe into New Zealand and on to Canada and the USA. Bet you haven’t heard a word from main stream media!

In Canada, Our Dear Leader, Justin Trudeau is one of many leaders concerned about the dangers of…get ready for it… fertilizer. This despite the fact that 72% of farmers said that crop yields and food production will plummet should the Trudeau government’s 30% fertilizer emission targets be implemented.

The U.N., the retired CEO of Pepsico – Indra Nooyi, and Bill Gates are telling us that edible insects are the food of the future. Crickets also contain many vitamins and minerals and have a high bioavailability. Crickets have 3x more protein than beef, 1.5x more calcium than milk, 15% more iron than spinach, as much omega 3’s as salmon and 30 times more B12 than beef.

Additionally, recent research shows that a diet high in cricket protein may improve gut health and reduce inflammation. It may, and then again it may not!!!

As a Canadian I am so excited: farmed insects will arrive at a new massive cricket-processing facility in London, Ont. I can imagine all Canadians jumping for joy over this. Seems the unprecedented growth in global meat consumption has led to a rise in beef prices by almost $3 per kilogram! And our world leaders are worried about the cost of food! So… crickets!

Aspire Food Group, part of the WEF Nexus Research Group, is ready to go in Ontario.  Justin Trudeau announced we are investing up to $8.5 million into Aspire’s London, Ontario facility. On top of that Canadians, under Justin have given the WEF $2,915,095 from Canadian taxpayers in the form of grants and contributions. Funding was provided by two departments – the Department of Environment and the Department of Foreign Affairs, Trade and Development.

When it reaches full capacity the Aspire facility is expected to house four billion crickets and produce 13 million kilograms of the insect each year at what’s believed to be the biggest cricket-specific processing facility in the world.

The chief executive officer hopes it will help tackle the planet’s food insecurity problems: brought about by the policies of the WEF and friends.

“Crickets have this incredible ability to convert what they eat into protein biomass.”

He runs insect farms and production facilities in Ghana and the United States.  For the last six years he has operated a research and development facility in Austin, Texas. Most of what the plant in London will produce will feed the pet-food market, but:

“Our longer-term vision is to make sure that this is a protein source that can be available and affordable to genuinely address food insecurity in many countries around the world.”

According to Evan Fraser, director of the Arrell Food Institute at the University of Guelph in Ontario, beef still provides the biggest dose of protein. But with more research and breeding, there’s no doubt the nutritional value of crickets will soon catch up.

“Insects are widely consumed in many countries around the world. In the vast majority of the world’s countries, different types of insects are consumed quite avidly.

We’re simply reconnecting one of the most ancient food sources in the world to people around the world today, but in a way that is produced at scale and at a cost and at a quality that is a lot more amenable to our current food production system.”

So what does the future of food look like? With the obvious issues of environmental sustainability associated with increased consumption of meat, Aspire’s CEO Mohammed Ashour says the next 10 years will look very different.

“Protein alternatives that will assume a share of the more conventional protein market include protein-rich ingredients sourced from plants, insects, fungi, or tissue culture.”

This is fantastic news. We are bringing third world eating to first world nations making all of us equal.

But there’s more! Bug based food companies are here and… you guessed it…associated with the WEF!

We’ve got All Things Bugs  developing insect-derived technologies for applications in food, farm and pharma. Brought to you by….Bill Gates;Mr. WEF himself. Dr. Aaron T. Dossey, Founder and Owner of All Things Bugs is also pursuing an innovative global health and development research project, titled “Good Bugs: Sustainable Food for Malnutrition in Children”.

But that is just the beginning.

Bill Gates has it all planned out for you. I doubt for him, but for you.. it’s good.

The core ingredients of their revolutionary plan: genetic engineering – and patenting – of everything from seeds and food animals, to microbes in the soil, to the processes we use to make food. Local food cultures and traditional diets could fade away as food production moves indoors to labs that cultivate fake meat and ultra-processed foods.

Not everyone is on board. Seems people in Africa are not thrilled.

“Gates has influenced the direction of agriculture to benefit the corporates. His foundation has contributed hugely in weakening our seed, biosafety and agrichemical related regulations … it will take years to undo what they have done.”

Bill Gates is more worried about climate change that concerns raised by Million Belay. According to Fortune(how ironic) Gates’ has plans to intensify corn and soy production as a “pivotal campaign in the war against global warming.” How so? Syngenta, the world’s second largest agrichemical company, is “deploying big data, gene editing, DNA analysis, and other ground-breaking technologies in pursuit of growing bumper harvests while lowering CO2.” Bayer, the leading chemical and seed firm, is making a similar pitch, and claims its new sustainability technologies will “empower 100 million smallholder farmers around the world.”

Syngenta…hmmm. One of the WEF organizations. It is is one of the world’s leading companies, with more than 28,000 employees in over 90 countries dedicated to the purpose of bringing plant potential to life. Through world-class science, global reach and commitment to its customers, it helps to increase crop productivity, protect the environment, and improve health and quality of life.

And Bayer, an international chemicals, agricultural and healthcare group is also pals with the WEF.

Bet you didn’t know about all the great bug foods available.

Mmmm…yummy bug burgers already available in Germany. INSEKTEN burger. Now that is a great name-says it all. Forget crickets-these are made from worms. My mouth is watering.

We have  cricket cookies, tortilla chips, protein bars, even all-purpose flour that apparently has nutty undertones and works well in banana bread. Not sure if you want to eat crickets? Not to worry. They are being hidden in your food. Megan Miller co-founded Bitty Foods in San Francisco is selling grain-free, cricket-flour-based cookies in flavors like orange-ginger and chocolate-cardamom.

“The key is turning crickets into something familiar. So we slow roast them and mill them into a powder that can be incorporated into basically anything.”

I suggest you carefully read the ingredients in all the processed foods you buy!

Now, just to be sure there is a BIG market for these new delicious foods; leaders around the world are on guard against synthetic fertilizers. Synthetic fertilizers are dangerous to the climate.They are a large source of N2O emissions in agriculture. This abundance of synthetic fertilizer has boosted crop yields and helped to feed people around the globe, but this surplus nitrate and ammonium comes with environmental costs.  How do we know? Pivot Bio Says so. Ahhh Pivot Bio; part of that great WEF caring community.

What did Jiminy Cricket always say?

He is clever, kind, caring and brave. He will do anything for a friend, even if it’s life-threatening. Let’s hope he speaks up for his fellow crickets and saves the rest of us from the WEF agenda!