Muslims will not go gently into that good night: Islam on the March Part 2

We tend to forget that Islam is far more than a religion. It, like democracy, is an ideology, but at odds with democracy. 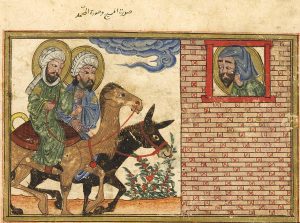 Islam once ruled large tracts of the known world. There is no reason to believe that Islam will take a back seat any more than one would expect Christians to sit back and stop preaching.ANd they march while we focus on terror.

We are being called to tolerate, accommodate, and include people who believe it is compassionate to murder gay people; from Imams trained in moderate Saudi Arabia to moderate Iran. We see gays from these countries murdered before our eyes: gays hanging from cranes in the city squares or thrown off tall buildings. Think about that. Close your eyes and picture someone blindfolded, hands tied behind their back and flung over a building. Imagine the horror of that death. Yet we say nothing and invite Islam into our western countries-to preach and proselytize in the name of freedom of religion and freedom of speech-yet without question against our laws.

We tend to forget that Islam is far more than a religion. It, like democracy, is an ideology, but at odds with democracy.

Islam is inherently, innately, systemically, and endemically homophobic, misogynistic, xenophobic and virulently anti-Jewish. Islam opposes the ethic that the Jewish people brought into the world 3500 years ago and brought to these shores by Christians. We know this because we hear their calls “Death to America,” “Death to Israel,” “Death to the Jews.”

Islam is spreading in the West because we never said “no.” Like the Indigenous peoples who did not fight back against Christianity, we are not fighting back against a belief system, a religious system, a political system that does not include tolerating us.

Here are statements from Muslim leaders.

“Islam is not only a religion, but a complete way of life” and that it is obligatory upon Muslim to spread Islam by inviting the disbelievers to embrace Islam.

This statement comes from the Booklet “24 Hours With The Prophet”, available at the Islamic booth in Toronto, Canada at Dundas Square,which introduces the daily prayers for Muslims.Published by the Pakistani Islamic Communication Trust, it is distributed by the Walk-In Islamic InfoCenter located at 21 Dundas Square #910

In some of the supplications dealing with the “Kafiroun,” the disbelievers or infidels, Muslims are ordained to ask Allah to help them overcome and defeat their enemies who are identified as the disbelieving people.

The book also explains that “Islam is not only a religion, but a complete way of life” and that it is obligatory upon Muslim to spread Islam by inviting the disbelievers to embrace Islam.

ICNA Canada emphasizes that “the propagation of true and universal message of Islam is only possible in Canada when whole Canadian Muslim Community transformed into a Dawah community by practicing and propagating the true Islamic Way of Life. With the vision of building an exemplary Canadian Muslim community it is very important to spread the word of Islam…”

According Hizb ut Tahrir Canada, Muslims should stick the teachings of Islam and strive to make the word of Allah the “true solution for mankind”, meaning implementation of the Islamic Law globally:

We must celebrate our way of life, what they called barbaric cultural practices on our streets and in our homes until their way of life dissipates under our feet.

Haitham Ibn Thbait, of the American chapter of Hizb Ut-Tahrir, told American Muslims earlier this year that Islam was not here to integrate, but rather to dominate. . Islam is here to dominate! This was an ideological struggle, the sole purpose of which was to organize Man’s affairs in accordance with a system revealed by Allah.”

“There was no room for compromise,” Thbait continued. “Instead Allah revealed to the Prophet, saying: ‘Proclaim openly, as commanded, and turn away from those who associate others with Allah.’ ‘Proclaim openly, as commanded by Allah’ – this is our activism. It is free of polytheism, the polytheism of a secular system. Activism within a flawed infidel system is forbidden.

Dr. Katherine Bullock, a Lecturer in the Department of Political Science, University of Toronto at Mississauga said, “from an Islamic point of view there is absolutely nothing radical about wanting Caliphate or wanting Sharia. These are completely normal traditional points of view.” This took place during a panel discussion on counter-radicalization in Canada that was organized by the Muslim Law Students Association of Osgoode and took place at York University

Cardinal Raymond Burke in an interview with Il Giornale declared”

“It is clear that Muslims have an ultimate goal: conquering the world…Islam, through the sharia, their law…allows violence against the infidels, such as Christians….And what is the most important achievement? Rome.”

Laszlo Kiss Rigo, head of the Catholic Hungarian southern community said “[T]hey are not refugees, this is an invasion, they come here with cries of ‘Allahu Akbar’, they want to take over.”

More importantly let us listen to the leader of the Catholics in Lebanon. Cardinal Bechara Rai said  he now sees the danger coming to Europe itself. “I have heard many times from Muslims that their goal is to conquer Europe with two weapons: faith and the birth rate.”

Cardinal Christoph Schonborn, the Archbishop of Vienna said to be the Pope in waiting remarked in his speech, “Will there be an Islamic conquest of Europe? Many Muslims want that and say: Europe is at its end.”

Islam, like all religions/ideologies will spread through immigration and conversion-from proselytizing- just as Christianity brought from Britain spread across Canada. 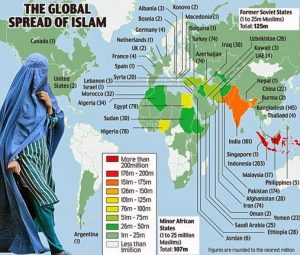 French intellectual Jean-François Revel cautioned us about the danger of complacency in his book How Democracies Perish: “Democracy tends to ignore, even deny, threats to its existence because it loathes doing what is needed to counter them. It awakens only when the danger becomes deadly, imminent, evident. By then, either there is too little time to save itself, or the price of survival has become crushingly high.”

We are naïve, if not smug about our Western lifestyle-to think that it will last forever. It must be reclaimed, protected and defended as I wrote in my book Back to the Ethic: Reclaiming Western Values.