Her fear that Trump is the latest incarnation of Hitler led her to break her silence. Great. But as the APA pointed out, these tactics backfire and lead to greater silence from those who are mentally ill and need help.

Mental illness affects 20% of the population in Canada and is even higher in America. Stigma, fear of sharing our illness, keeps many people away from the help they need and the assistance that will provide them with the best possible life.  Stigma infects every issue surrounding mental illness, often with worse consequences than the illness itself. In 2001, the World Health Organization declared stigma to be the “single most important barrier to overcome in the community.”

I write about mental illness because I have one and I have written and narrated a six part radio series “The Many Voices of Mental Illness” to remove that stigma. Sadly, here in Canada, January 13, 2018,our taxpayer funded Canadian Broadcast Corporation shared an interview with Dr. Bandy X. Lee,  assistant clinical professor in law and psychiatry at Yale School of Medicine and a project leader for the World Health Organization. She is promoting her book,written eight months ago, The Dangerous Case of Donald Trump: 27 Psychiatrists and Mental Health Experts Assess a President. Reminds me of Michael Wolff and his tabloid opus Fire and Fury. 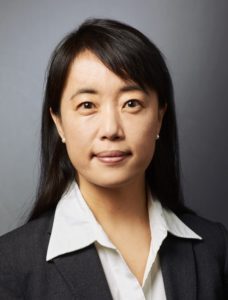 “I know that there are risks involved in sounding this alarm, but someone has to break the silence,” says Lee. “And many are waiting to speak, but they do not feel safe in doing so yet.”

She is on a tour to promote her book despite the fact the American Psychiatric Association wrote January 9, 2018: “Armchair psychiatry or the use of psychiatry as a political tool is the misuse of psychiatry and is unacceptable and unethical.”

The ethical principle, in place since 1973, guides physician members of the APA to refrain from publicly issuing professional medical opinions about individuals that they have not personally evaluated in a professional setting or context. Doing otherwise undermines the credibility and integrity of the profession and the physician-patient relationship.

These concerns didn’t stop Dr. Lee who felt the need to compare what is happening, today, with Nazi Germany: when so many doctors were silent about Hitler.

In early 20th-century Germany, the sociologist Max Weber argued that intellectuals should not utter any political opinions or say anything that could remotely be regarded as partisan—a Goldwater rule of sorts for the era. Under Nazism, not only psychiatrists but most German clergymen, professors, lawyers, doctors and other leading thinkers became passive enablers of some of the worst atrocities under a dangerous political leader who led their country into the worst disaster in its history. It was precisely in response to Nazism that the World Medical Association issued its Geneva Declaration. Seventy years later, we must not forget the declaration’s commitment to the common good, and cannot stay silent.

Amazing how often the Hitler card is played. Somehow Donald Trump, a non-smoking, non-drinking, non-druggy, well-educated, successful businessman, once beloved by the Democrats in NY, married to an intelligent woman who speaks 5 languages, father of four well-adjusted adult children, one of whom converted to Judaism, and a young son well on his way to being a productive citizen, is following in the footsteps of Hitler-the man who had no problem putting Jews into ovens because he didn’t like Jews and believed that the Aryans were the superior race.

Her fear that Trump is the latest incarnation of Hitler led her to break her silence. Great. But as the APA pointed out, these tactics backfire and lead to greater silence from those who are mentally ill and need help.

And what is outrageous is her sanctimonious attitude;as if she and her co-conspirators are at all capable of diagnosing from a distance.

She was concerned about Trump’s Dec. 6, 2017, speech when he recognized Jerusalem as the capital of Israel and slurred as he spoke. The White House had said it was just a case of dry mouth, but again, Lee says that it could be a sign of something more that could only be narrowed down with a full physical and mental evaluation. “A full evaluation is necessary, but I would be worried about anything from medication induced to some kind of neurological event, including a temporary stroke.”

She diagnosed Trump’s speech from his Dec. 28, 2017 interview with the NY times. She says he slurred his speech:  a “cognitive sign.” And “It was again showing signs of great concern,  including inability to complete sentences, a lack of ability to keep with a thought, showing less complex words than he had used in the past, and jumping from one topic to another, repetition of words, repetition of stories, those are all what we call ‘cognitive signs.’ Those can happen because of neurological process, psychiatric process, medication induced or a physical process. We simply do not know,” says Lee. But she says for a person in such a position of power that until they determine what’s going on, “It is a national and international security risk.”

Yet, the expert at CNN, Dr. Sanjay Gupta, Chief Medical Correspondent, a practicing neurosurgeon from the station that loves to hate Trump said that for most of the 10- to 11-minute speech, the President spoke fine. One sign that it was unlikely to be a bigger medical concern: After the speech,Trump walked over to a desk, pulled out the chair, sat down and signed a proclamation. All normal movements.

“All of that is relevant because he doesn’t appear to have any motor weakness,” Gupta said.
With a stroke, for instance, you would often see more indications of weakness or drooping of the face. “It would be very unusual to have problems that are isolated to struggling with a few words.”
Of course, it is difficult to diagnose someone from only a video, but the problems may stem from mouth issues, Gupta said.”I noticed that he clears his mouth after finishing speaking, so whether that was a dry mouth or a misplaced dental issue is unclear, but given everything else, that is a much more likely cause of that.”

Below is an excerpt from the conversation between Dr. Drew, a board-certified internist and addiction medicine specialist, and Dr. Lee after discussing fitness tests for people in positions of power.

Dr. Drew:  Let me describe a person in a public office. This man is middle-aged. He comes from wealth. He’s done very erratic business ventures. He speaks tangentially. He roams the streets at night and beats people up in the office — he had an office in law enforcement at one point. Then he had an office where he was buying battleships. In a higher office, he could not sit down, was walking constantly, was very irritable and irascible and extremely impulsive. Should that guy be in office?

Dr. Lee: Well, I mean, that would be a very, very concerning person.

Dr. Drew:  How about this one — let me give you another one. This guy had a long history of depression. And there’s a story of him being so, so profoundly depressed that one day he was walking down the street, and his son, who was pulling a red wagon — and by the way, his doctor had him on mercury, and who knows that might have done to his mental status — and the wagon flipped over, and the child dropped out of the wagon, and in his fugue depression, continued to walk for another half mile down the street — is that somebody who should be in office?

Dr. Lee: I wouldn’t speak to whether the person should be in office. It does look like the person would need an evaluation

Dr. Drew:  Yeah, so the first one was Theodore Roosevelt. The second one was Abraham Lincoln. And so that’s my fear — that if we start creating these things they’re going to be applied in ways that have unintended effects. That’s my fear.

Dr. Lee:  Exactly, exactly. So we’re really not talking about mental illness here. Or what the person has. That is really a private affair. What is of concern is whether or not the person has the capacity to serve. And his function, his or her function, is what is of public concern.

She suggested that  Theodore Roosevelt and Abraham Lincoln needed a special evaluation. And we are to trust her “analysis” of President Trump?

And why is she talking?

Following the publication of this article, President Trump’s doctor  gave him a clean bill of health; particularly regarding his mental health.

President Trump’s White House physician said Tuesday that the president received a perfect score on a cognitive test designed to screen for neurological impairment, which the military doctor said was evidence that Mr. Trump does not suffer from mental issues that prevent him from functioning in office…

Psychiatric experts said the brief, 10- to 15-minute screening test is not comprehensive and might not catch all patients with early stages of dementia. Dr. Bandy Lee, the author of “The Dangerous Case of Donald Trump,” which expresses concern about the president’s mental health, said in a brief interview that the president requires a full, detailed neuropsychiatric evaluation…

In response to speculation on television and elsewhere that the president has mental health problems, Dr. Jackson said, “In my opinion, that’s just tabloid psychiatry.”