Ramadan: The public call to Muslim prayer for the sake of unity and diversity 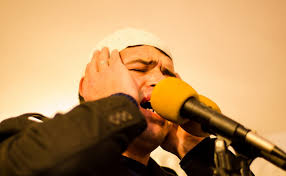 Easter and Passover have come and gone and millions of people were unable to be together because of Covid 19-the Chinese virus.

But Ramadan is here and for 30 days Muslims fast and pray. New rules. There is a public call to Muslim prayer. In cities and towns in America and Canada our politicians decided for the sake of unity and diversity that we should all have the opportunity to hear the Call to Prayer for Muslims. It’s about creating a sense of unity and comfort and sharing the religion with others  which requires that noise laws be relaxed. Toronto Municipal Code, city spokesperson Tammy Robbinson explained:

“Spiritual, emotional, and mental well-being is important during these difficult times.”

In Hamilton, Ontario twice daily calls to prayer, the Adhaan are allowed until May 24. Imam Sayed Tora said he was “thrilled” council was open to the request from the downtown and Mountain mosques. The Mountain mosque leader said the pandemic lockdown is particularly hard on members forced to stay apart during Ramadan, a time when local mosques are normally “buzzing beehives” of activity.

“This will give members of the Hamilton Muslim community a great sense of unity, tranquility and peace.”

Tora said each broadcasted call to prayer in Arabic will last about two or three minutes.

The Adhaan  is not just a call to prayer but a public proclamation of Islamic doctrine as it contains this sentence:

I bear witness that Muhammad is the messenger of God.

The Adhaan it is itself a symbol of Islamic ideology, as the words of the Adhaan itself encapsulate “an expression of the Islamic practice” – expressed by the words come fast to prayer, come fast to success – and resonate as “a microcosm of Islamic belief as it covers all essentials of the faith” with the words I testify that there is no God but Allah, and Muhammad is Allah’s messenger (Lee 1995: 87). Thus, when the Adhaan sounds, so does Islam.

But I don’t want to be included. Perhaps because the prayers explicitly exclude me and all the Jews and Christians, as well.

It is important to know that the Al Fatiha is shared throughout Ramadan. It is the central prayer of Islam as Our Father is for Christians and Catholics and the Shema for Jews. And is especially meaningful on Ramadan when you “Get to know the greatest surah of the entire Quran! An appreciation of Surah Al-Fatihah is something that has to be refreshed and renewed.”

“We kept saying that Ramadan is the month of the Quran. Let’s meditate about the values of the Fatihah, this surah that we always use in our prayer. Let’s tighten the link between us and this surah. Which better moment do (sic) it if it’s not during Ramadan?”

Sahih Muslim records on the authority of Abu Hurayrah (R) who said that the Messenger of Allah (SWS) said,

The Al-Islam organization has provided

“An enlightening commentary into the light of the Holy Qur’an Volume 1.Who are those who have brought down wrath or those who have gone astray? They are the Jews and the Christians.

For, as the Qur’an has clearly pointed out in different verses, the misguided Jews used to show a special grudge and enmity against the invitation of Islam, though, at the beginning, their scholars and learned men were the bearers of the glad tidings of Islam.

Very soon, though, under the effect of deviation of thought, belief and notion, and, also, because their financial gains were being endangered, they became the most obstinate enemies of Islam and they did whatever evil they could against the progression of lslam and Muslims. (Even today, Zionism and Zionists hold the same position regarding the manner in which they treat Islam and Muslims.)

But, the misguided of the Christians, who upon encountering with Islam were not so grudging, but were misled because of their misperception of the Divine religion and therefore refusing the Truth, were rendered into / dallin / ‘ those gone astray’.They believed in the Father, the Son, and the Holy Ghost instead of clinging to true Monotheism, the worship of Allah. This is, in itself, one of the greatest examples of ‘astray’ and ‘aberration’.

Osman Haji Madad, Sahaba Masjid. Edmonton, Alberta: “Who are those who earned the wrath of Allah?… They are the Jews… Those who were cursed by Allah. Allah was angry at them and turned them into monkeys and pigs.

Muhammed Alshareef is the founder and President of Huston (TX) based AlMaghrib Institute, now operating in “40 cities around the globe  says: “Who are those that evoked Allah’s anger? That made Allah angry at them? And the Prophet, blessings, and peace of Allah be upon him, said: “Houm Al-Yahood” [Arabic], they are the Jews… Allah, Exalted, and Glorified be He, is telling them in the Quran… If the Jews evoked Allah’s anger, then they did it for a reason, and Allah page after page in the Quran shows us the reason why the Jews evoked Allah’s, Exalted and Glorified be He, anger.”

Omar Subedar, Imam at Makki Masjid in Brampton, Ontario and Vice President of Mathabah Institute: Now, who are these people? Whom are these categories Allah (swt) is referring to? The first group, the prophet (pbuh) has identified as the Jews (اليهود), and the second group ‘those who have deviated,’ the prophet, peace, and blessing be upon him, has identified them as the Christians(النصارى).”

“Pointing specifically at different groups here. As we said, although the Ayat (verses) include all non-Muslims whether they’d be Christians or Jews or other than them. But we speak about المغضوب عليهم those who earned the wrath and the anger of Allah, Exalted, and Glorified be He, specifically here the scholars (علماء) speak of the Jews Al-Yahoud. Why? Well, if you look in the Quran, it’s because they are the ones who are the most argumentative. They’re the ones who knew, they have knowledge of things, and yet they rejected it. So, of course, they earned the wrath and the anger of Allah, Exalted, and Glorified be He… We find that even in the Sunnah [narrations attributed to Muhammad statement or deeds] the Prophet [Mohammad], peace be upon him, they, because they know and yet they reject. الضالين those who went astray, you know, because they don’t base things on knowledge. It’s all about emotion. And Glorified be Allah, the more we think about it, look at today even, you know, if you look at many of the Christians today, they like to talk about, everything is love, it’s not based on knowledge. Nothing is knowledge-based. Everything is emotions, ok, and so they’ve gone astray because they refused to seek that knowledge and they refuse to act upon this knowledge that is present غير المغضوب عليهم ولا الضالين. ”

Muhammad ash-Shawkani: “In this 7th and last Ayah [verse] of [Surah – chapter] Al Fatiha, Allah [SWT] mentions the Muslims who practice Islam, the Jews and Christians… Those who have evoked the Wrath of Allah [SWT] are the Jews [or Israelites] who knew the full truth through Prophet Mousa [Alyhi Al Salam: AAS] but deviated from this truth with selfishness, pride, and prejudice. They thus deserved the Wrath of Allah [SWT]. The astray, on the other hand, are the Christians who deviated from the Message of Prophet Isa [AAS] out of ignorance and ill-knowledge…”

“In his book “Commentary on The Holy Quran” (Volume 1, SURAH AL-FATIHA), Mirzā Ghulām Ahmad, the leader and the founder of the Ahmadiyya Movement in Islam, explained verse no. 7 of-of Al-Fatiha.  The following are excerpts from the book (p. 338-340):

Again, I don’t feel particularly included and I don’t want to be. Why should any religious group in the West have the right to have a call to prayer heard all over a city or a town? Religious Freedom in the West is the right to follow one’s religious beliefs, at home or in their House of Worship, and never impose it on others.