Shirk:Liberalism is a dangerous religion, ‘distinct from Islam’

Liberalism is a dangerous religion, ‘distinct from Islam’

Allah ordered his Prophet to execute the commands given to him and forbade him to follow the emotions of the nation, the masses, and the people.”

I want to introduce you to a term in Islam. Something I just learned. SHIRK

In Islam, shirk (Arabic: شرك‎ širk) is the sin of practicing idolatry or polytheism, i.e. the deification or worship of anyone or anything besides the singular God, i.e. Allah. Literally, it means ascribing or the establishment of “partners” placed beside God. Shirk is one of the greatest possible offenses in the eyes of Allah. It means, roughly, “polytheism”, and is the opposite of tawhid, which is “monotheism”, the assertion of the absolute oneness of Allah.

Those who practice shirk are termed mushrikun: a polytheist, one who falsely associates (something) with God.

According to several Muslim scholars, liberalism (democracy), is a religion and is in conflict with the teachings of Islam.

How do followers of Islam who are in government in the West avoid shirk? Being a mushrikin?

American Muslim scholar Daniel Haqiqatjou from Houston, Texas has written a scholarly article about the dangers of liberalism. He attended Harvard University where he majored in Physics and minored in Philosophy.

According to his Facebook page, Haqiqatjou completed a Masters degree in Philosophy at Tufts University. Haqiqatjou also studies traditional Islamic sciences part-time. He writes and lectures on contemporary issues surrounding Muslims and Modernity. He is also a contributor to the Muslim Debate Initiative.

Here are some excerpts from the article.

…I justify this in terms of the Quran is that as Allah says that he hasn’t made any man with two hearts within him, meaning that you can’t be faithful to two separate faiths, two religions [دين] at the same time.

I do consider liberalism as a ‘deen‘ [دين], as a complete religion and faith even though it’s not considered to be such but we can we can understand it in that way.

If this is true; if liberalism and Islam are two distinct religions, and following two religions is considered SHIRK, one of the greatest offenses in the eyes of Allah, how do Muslims in the Western governments manage to remain Muslim when it appears they are polytheists?

We in the West are taught the Golden Rule is one of the most important pillars of a liberal democracy. Rabbi  Hillel said: “That which is hateful to you, do not do to your fellow. That is the whole Torah.” Jesus said: “Do unto to others what you would have them do to you, for this sums up the Law and the Prophets.”

…well where does Islam and liberalism conflict and how big are those conflicts? Are they really dangerous? I argue that they are dangerous and they are problematic and we should be able to critique that and there are different ways to do that.

So we have a Muslim scholar saying that it is incumbent upon Muslims to critique liberals/democracy. I assume he believes that non-Muslims should be able to critique Islam.

I can concede and agree with secularists that the ideal form of governance is one that maximizes freedom, happiness, etc., as the atheists contend here. But by that definition combined with the Islamic position on what happiness, harm, etc., entail, that ideal form of governance is one that is determined by God’s law, which is the Sharia. In other words, if you anchor happiness and harm in reality, which we know through revelation not the blind musings of random atheistic philosophers, the secular ideal can be used to champion the application of Sharia.

From Democracy: The Religion of the Infidels

Abu Muhammad al-Maqdisi, leader of the Bayat al-Imam extremist group whose operatives were arrested in Jordan in 1995 wrote democracy is a prohibited innovation that contradicts Islamic values and embodies a new heretical religion. Its followers are “infidels” and “polytheists,” even if they consider themselves as Jews or Christians by religion. Al-Maqdisi based his claim on the following arguments:

“Democracy gives legitimacy to the legislation of the masses or to the despotic regime. It is not [the expression of] the rule of Allah….Allah ordered his Prophet to execute the commands given to him and forbade him to follow the emotions of the nation, the masses, and the people.”

In this video Mazin Abduladhim explains the importance and the benefits of re-establishing the Caliphate or the Islamic State that will unite all Muslims under rule of Islam. Here is an excerpt:

In this video I’m going to give you ten reasons why the Khilafa [Caliphate or Islamic State].

Reason number one – A better government. The world today is run by politicians who essentially rule according to their own whims and desires. They look after only the interests of their friends and their own economic interests and laws are enacted basically on nothing more than public opinion and whatever pressures are applied to them through lobbies. This is due to the fact that the laws that are enacted are man-made laws and human beings will always be corrupted by their personal interests and the environment that they live in. Under a Khilafa [Caliphate or Islamic State] system the laws are confined within the limits of what is in the Quran and Sunnah [Islamic teachings],

How do Muslims justify serving in any Western government?

Addressing the Islamic Society of Baltimore on February 3, 2016, former U.S. president Barack Obama declared, “it is possible to be faithful to Islam and to be part of a pluralistic society… and to believe in democracy.” 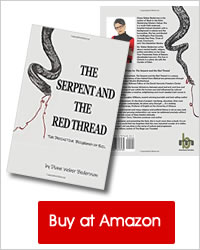 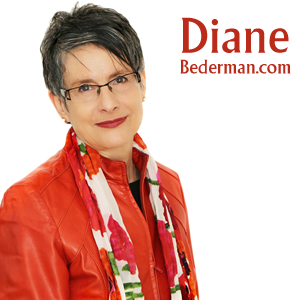