The Holocaust Inversion: It happened: but then it didn’t-or did it? 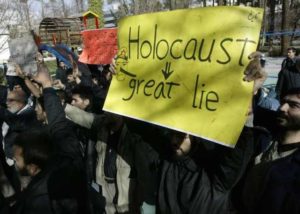 We have heard from America Democrats Ocasio-Cortex, Ilhan Omar and Rashid Tlaib about concentration camps on the US Southern border. So are they confirming the Holocaust did take place? One can understand the disbelief. Hard to believe that people would participate in a military-industrial plan to eradicate an entire people.

American General Dwight D. Eisenhower thought it would be unbelievable so he memorialized it with words and photos. 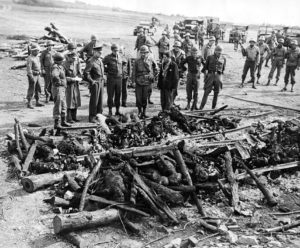 “The same day [April 12, 1945] I saw my first horror camp… I have never felt able to describe my emotional reactions when I first came face to face with indisputable evidence of Nazi brutality and ruthless disregard of every shred of decency… I am certain, however that I have never at any other time experienced an equal sense of shock.

“I visited every nook and cranny of the camp because I felt it my duty to be in a position from then on to testify at first hand about these things in case there ever grew up at home the belief or assumption that `the stories of Nazi brutality were just propaganda.”

“The things I saw beggar description… The visual evidence and the verbal testimony of starvation, cruelty and bestiality were so overpowering as to leave me a bit sick. In one room, where they [there] were piled up twenty or thirty naked men, killed by starvation, George Patton would not even enter.” 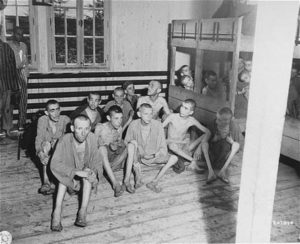 Yet, we have people who state unequivocally that the Holocaust did not take place.

Willis Carto’s formation of the Institute for Historical Review (IHR) in 1978, in California, was the first major Holocaust denial group to develop a substantial membership base.

Carto went on to found The Barnes Review – now the leading U.S.-based Holocaust denial publication, and the American Free Press, a newspaper peddling Holocaust denial and other conspiracy theories. Carto’s contemporary, German-born Ernst Zundel, still remains a seminal figure in Holocaust denial despite his death in 2017.

Zundel sponsored and published the Leuchter Report – a biased study of the chemical contents of gas chamber walls in Auschwitz.

On the Daily Stormer website, founder and editor, Andrew Anglin, has described the Holocaust as a “ridiculous fake shower room bug-spray death chamber hoax” that forms “the core of [Jewish people’s] identity.” His vitriolic antisemitism alleges that white people are being duped into complacency under a Zionist-controlled government.

In the Crusader, the publication of David Duke’s organization, the National Association for the Advancement of White People, Duke termed the Holocaust a “historical hoax.”

“The Zionists have used the Holocaust as a weapon to deny the rights of the Palestinians and cover up the crimes of Israel.”

At the former President of Iran Mahmoud Ahmadinejad’s Holocaust Denial Conference he said in an interview with Syrian television:

So it did…but it didn’t.

In two 1989 speeches, David Irving termed the Auschwitz gas chambers a “fairytale” and insisted that Adolf Hitler had protected the Jews of Europe. He referred to surviving death camp witnesses as “psychiatric cases”, and asserted that there were no extermination camps in the Third Reich.

Key denial assertions are that the murder of approximately six million Jews during World War II never occurred, that the Nazis had no official policy or intention to exterminate the Jews, and that the poison gas chambers in Auschwitz-Birkenau death camp never existed. Common distortions include, for example, assertions that the figure of six million Jewish deaths is an exaggeration and that the diary of Anne Frank is a forgery.

The original Hamas Charter issued in 1988 depicted World War II as a Jewish plot in which “the Zionists…grossed huge profits from their trade of war materials.”

Isam Shawar who speaks on behalf of Hamas said,

“All the scientific university studies have proven resolutely that the Holocaust in the dimensions that the Jews claim did not take place, and could not have taken place. That is, it cannot be accepted as the truth.”

So it didn’t happen.

But  Nazi swastikas fly alongside Palestinian flags at violent demonstrations on the Israel-Gaza border.There are headlines such as ‘The Final Solution to the Palestine Question,’ with references to the ‘Holocaust in Gaza,’ images of IDF soldiers morphing into jackbooted storm troopers, Israeli politicians morphing into Hitler, and the Star of David morphing into the Swastika, are all increasingly common.

“Americans of conscience have a proud history of participating in boycotts to advocate for human rights abroad including … boycotting Nazi Germany from March 1933 to October 1941 in response to the dehumanization of the Jewish people in the lead-up to the Holocaust.”

So it did happen.

The Palestinians regularly downplay the significance of the Holocaust and sometimes deny it ever happened at all. When they do admit it, they blame it on the Jews themselves.

According to Palestinian leader, Abbas in The Other Face:

Zionism and the leaders of the Zionist movement were the “fundamental collaborators” with Nazism and were responsible for the Holocaust. In effect, they aided and abetted in the extermination of a third of the Jewish people.

Abbas charges that they are war criminals who collaborated with the Nazis and those responsible for the Holocaust. He further claims that the Zionists encouraged anti-Semitism in Europe in order to increase Aliyah to the land of Israel and accelerate the establishment of a Jewish national home in Palestine. The Zionists took part in the slaughter.

Many researchers judged the issue of the number of dead—six million—and arrived at extraordinary conclusions, according to which the number of Jewish victims numbered in the hundreds of thousands.”

So it didn’t. But if it did, it was the Jews, themselves.

On the other hand Omar Suleiman who  describes himself on Twitter as “Scholar & Community Servant. Founder & President of @YaqeenInstitute, Professor @SMU, Resident Scholar @ValleyRanchIC:

“Want to know what its [sic] like to live under Nazis? Look no further than how the Palestinians are treated daily by apartheid Israel. Sickening.”

He shared the claims of a Turkish website that an Israeli official had called for “concentration camps” in Gaza. Suleiman added: “Still don’t think this is a holocaust?”

He is friends with Linda Sarsour who says that he makes her “more proud to be a Muslim and a Palestinian;” she admires him for speaking “truth w/ courage & w/o apology;” she is “[p]roud to call him a friend,” and Suleiman “inspired” her “to love” her “religion even more.”

So there was a Holocaust. 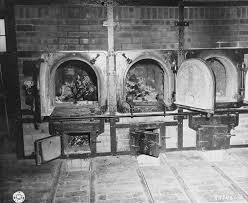 I leave you with comments from Facebook’s  Mark Zuckerberg.

He has claimed that Holocaust-denying speech should be allowed to remain on Facebook, because he believes that deniers aren’t “intentionally getting it wrong.”

But he does find Holocaust denial offensive.