The Sun rises on the East as it sets on the West. China-the Light Unto the Nations 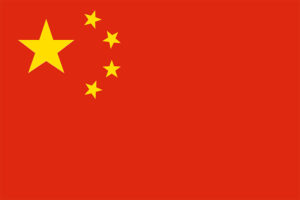 Has the sun set on the West? It seems so. When faced with a pandemic in the 21st century, we folded like a cheap tent and a house of cards.

Here is a speech Xi Jinping, who took office in March 2013 and now is President for life, did not give before the Communist Party Politburo, but could have done so.

The Sun now rises on the East. We are the new Light unto the Nations. See how the West has learned from us that government is wise. That citizens must listen to their leaders and the sound advice we share through our media. Our actions may seem draconian but they are taken for the greater good.  The common good.  No need for discussion.

The West has learned the importance of submitting to the greater good and bending the knee to authority.

China’s star has risen. We are the Light Unto the Nations.

Sound ridiculous? I don’t think so. We, in the West, are behaving like China with lockdowns and coerced vaccinations; threats of limited freedom if the vaccine is not taken. We have rules about who is essential and who is not. What businesses are essential and which are not. What products are essential and others… not so much. We encouraged snitches and permitted police to arrest people who broke the ever changing laws. We sat back as our elderly died alone in their elder care homes and family alone in hospitals and we kept children at home, isolated, away from school, quarantined and masked; for the sake of containing the virus; the greater good.

According to Oxford University’s COVID-19 Government Response Tracker (OxCGRT),Canada’s current lockdown measures are some of the most stringent in the world rivalling authoritarian communist states like China and Cuba.

Our Dear leaders  tell us what to do. New Zealand, the PM Jacinda Ardern declared that the state is the authority. “…I want to send a clear message to the New Zealand public: We will share with you the most up to date information daily. You can trust us as a source of that information…We will be your single source of truth. Do not listen to anybody else.”

In America, the authority rests with Biden, according to exchanges between the Biden administration and Facebook, the fact checker people. White House spokesperson Psaki made note of the fact that the White House was working in coordination with Facebook, flagging specific “problematic” posts for COVID-19 “misinformation.” She was joined by Vivek Murthy, the U.S. surgeon general, whose office released a 22-page guidance urging platforms to “impose clear consequences for accounts that repeatedly violate platform policies.” Facebook later confirmed it is involved in “private exchanges” with the Biden administration on how to manage COVID-19 information on the platform.

Biden has now accused Facebook of killing people because of misinformation on line!  Misinformation. My new favourite word.

Our institutions have been taken over by government. Our priests, pastors and rabbis, the clergy, have for the most part remained silent.   Where have all the priests, pastors and rabbis been these last 15 months? When we needed a Jeremiah we were left bereft. What if the majority of clergy had stood up like these pastors; Tim Stephens  and James Coates  in Canada who were arrested for being clergy and caring for their parishioners? What if all clergy had opened their doors to their flocks to provide food for their souls? Perhaps the powers that be, like those in China, fear religious groups because they preach absolute ethics: all people are born with equal intrinsic value and no one is non-essential. Perhaps the government feared that the clergy would remind their congregants not to fear as it says 365 times in the Bible. Because fear destroys freedom. Perhaps government worried that the clergy would remind their people that fear leads to submission.

Journalism is dead. It was dying on the vine for years but now we can state that it is dead. It has morphed into propaganda for the government – as long as the government is on the left – Progressive. Ethical journalism holds all institutions to account. That means asking difficult questions; something that has been missing from journalists for far too long.  The right accuses social media of too much censorship and in America the Biden administration says there is not enough! No one should read anything that differs from state propaganda. No one should question lockdowns or the vaccines. Science is no longer fluid. It is what the leadership says. You will follow orders. There will be no difference of opinion.

And then there are the small businesses. Except for a few exceptions, small business owners followed orders even when the orders to close meant losing their livelihoods and their businesses. Yet, big box stores were considered safe. How sad there were no Tea Party promoters. In Boston. The Boston Tea Party  was a protest against the tyranny of foreign rule in Britain, an act of defiance, and yet, in Boston like everywhere else, people are submitting to the tyranny of their own government.

And most importantly, where are the doctors?  What happened to medical ethics: First do no harm? How many stayed silent for fear of being canceled or being fired?

The College of Physicians and Surgeons of Ontario (CPSO) issued a “dire assertion” late April threatening medical doctors who spoke out about what they witnessed of their native hospitals and communities.

We must be grateful to the doctors who spoke up.

Dr. Bryam Bridle warned that suppressing open discussions of science and medication in Canada violates the “hallmark of a Democratic society.” Dr. Bridle, an associate professor of viral immunology at the University of Guelph, wants Ontario parents to know that the science does not support these excessive policies. “As a scientist, I follow the facts,” said Bridle. “I am a viral immunologist who conducts COVID-19 research, so I am speaking from an incredibly well-informed position…The evidence is overwhelming: there is no question now that COVID-19 is no worse than the annual flu for our elementary school children.”

I am guessing you have not heard this, before.

He also shared concerns about the vaccine that seem to have fallen on deaf ears.

“I felt I could express concern and that there might be a possible link between this heart inflammation that is occurring and these COVID-19 vaccines.”

Dr. Patrick Phillips, household and emergency medication doctor, and Dr. Don Welsh, professor of physiology and pharmacology at Western College also expressed considerations about their incapacity to talk the reality in regards to the unfavorable results of lockdowns and the advantages of utilizing remedies corresponding to vitamin D for COVID.

Dr. Phillips said “massive lockdowns” have caused a lot of harm and, until now, he’s never seen so many suicidal children in his practice.

Dr. Welsh: “Science has not been functioning correctly for the final 15 months.”  The federal government’s lockdowns, masks, infectious illness tracing and social distancing have “created an outstanding listing of hardships for Canadians that may take this nation a few years to get better from.”

And let’s not forget Simone Gold of America’s Frontline Doctors and Kulwinder Kaur Gill  in Canada and the doctors who stood with them. Many lost their jobs because the health of their patients took precedence over their livelihoods.

“COVID-19 cannot be eradicated, it’s impossible,” said Dr. Peter Juni, a professor of medicine and epidemiology at the University of Toronto and scientific director of Ontario’s COVID-19 Science Advisory Table. “It’s not the same as the measles, it’s more like influenza.”

And why did so few doctors stand up for treatments for Covid like Ivermectin and Hydroxychloroquine?

“It’s not just HCQ and ivermectin, but there are plenty of treatments that are encouraging. What’s so unique about COVID is that it didn’t matter if the drug worked anymore. Medicine as a profession has become unrecognizable.”

“This is worrying me quite a bit.”

Dr. Peter McCullough is professor of medicine and vice chief of internal medicine at Baylor University and also teaches at Texas A&M University. He is an epidemiologist, cardiologist and internist and has testified before the Texas State Senate related to COVID-19 treatments. He holds the distinction of being the most widely cited physician in the treatment of COVID-19 with more than 600 citations in the National Library of Medicine. He said 85 percent of the more than 600,000 U.S. deaths could have been prevented with a multi-drug treatment given in the early to mid-point of the disease.

I end with Dr. Anthony Fauci and the failure of media, medicine and government to throw him out when we learned that he had lied at the very beginning. That he knew Donald Trump was right about the origin of the CHINESE VIRUS. (Kristian Andersen, a virologist at California’s Scripps Research Institute, emailed Fauci in January 2020 about the possibility of the CCP (Chinese Communist Party) virus being engineered). That he participated in gain of function research. That he tried to hide his involvement. He lied about the most important point about the virus and yet he remains the Supreme Liar and CZAR in chief.

The West was the best until the leaders discovered the power of fear as executed by China.  And like the Chinese, the people submitted.

John Stuart Mill argued that free speech would help exchange “error for truth” and create “the clearer perception and livelier impression of truth, produced by its collision with error.”