What do Judaism Christianity and Islam have in common? Part 3

Following the Manchester Muslim terror attack, the mayor called for prayer at the council meeting. The prayer that was shared was the Al Fatiha, shared in Arabic,  that demeans and denigrates Christians and Jews. Think about that. They were gathered together to console one another and the citizens of Manchester. And the prayer that was chosen by the mayor was one that divides; one that dehumanizes those who were murdered by an Islamic terrorist and those in the room with heads bowed. 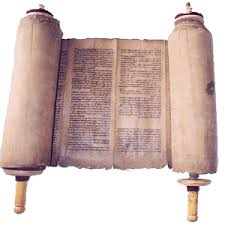 It is prayer that reveals the innermost workings of a religion. Its soul. So let’s take a look at the most important prayer in each of the so-called three Abrahamic religions.

This is the most important prayer in Christendom The prayer which Jesus Christ taught to His disciples.

Our Father, Who art in heaven
Hallowed be Thy Name;
Thy kingdom come,
Thy will be done,
on earth as it is in heaven.
Give us this day our daily bread,
and forgive us our trespasses,
as we forgive those who trespass against us;
and lead us not into temptation,
but deliver us from evil. Amen.

When I went to public school we read the bible and said the Lord’s Prayer every day. Although many students were not Christian, Canada’s public schools were Protestant. Even when I read it today, there is nothing in it that is against non-Christians. Anyone can say it.The prayer teaches “that we must pray, not only alone and for ourselves, but with and for others; for we are members one of another, and are called into fellowship with each other.”

“… the first rule of prayer. It’s about not taking life for granted. It’s a meditation on the miracle of being. We are here. We might not have been. Somehow that makes every day a celebration.”

For the Jews the most important prayer is the “Shema.”

Shema Yisrael (“Hear, O Israel”) are the first two words of a section of the Torah that is the centerpiece of the morning and evening prayer services, encapsulating the monotheistic essence of Judaism:

The Shema is a daily affirmation of allegiance to God and to the covenant obligations that allegiance entails. The Jewish people have a legal contract with God.

It is the oldest fixed daily prayer in Judaism, recited morning and night since ancient times. It consists of three biblical passages, two of which specifically say to speak of these things “when you lie down and when you rise up.” In its entirety, the Shema consists of three paragraphs: Deuteronomy 6:4–9, Deuteronomy 11:13–21 and Numbers 15:37–41.

In Islam the Al-Fātiha is the most important prayer. It is the first sūrah (chapter) of the Qur’ān, and was one of the earliest portions of the Qur’ān revealed to the prophet Muhammad by the angel Gabriel. The entire Qur’ān was revealed in the years from 610 to 632 AD.

There are those in the Muslim world who say that

“In many ways, the verses of the Fatiha are virtually identical to a prayer that Jesus gave, called the Lord’s Prayer, as recorded in Matthew 6:9-13.”

The Arabic word fātiha indicates an opening, beginning or commencement, and is derived from the root f-t-h which means to open, unlock, reveal, conquer.

The Fatihah, recited at least seventeen times daily by Muslims in the canonical prayers, reminds one of the praise and gratitude due to God for His Attributes of Infinite Goodness and All-Mercifulness, not merely for His Goodness and Mercy to us in this life but ultimately, on the Day of Judgement when those who die while not believing that “There is no true god but God, and Muhammad is the Messenger (Prophet) of God” or are not Muslim will lose Paradise forever and will be sent to Hellfire as God said “And whoever seeks a religion other than Islam, it will not be accepted from him and he will be one of the losers in the Hereafter.” Quran 3:85)

In this Surah, the Fatihah Allah has taught His servants how to supplicate and speak to Him, simply and without a mediator.

In fact, besides referring to the Resurrection, this Surah presents facts concerning the Unity of the Divine Essence, Unity of Attributes, Unity of Divine Acts, and Unity of Worship. It is the essence of the whole meaning of the Qur’an.

The recitation of this Surah, because of its extreme importance, is frequently emphasized in Islamic traditions and narrations.

As for its virtue, it is narrated from the holy Prophet (S) that:

“The reward of any Muslim who recites the Surah ‘Opening’, is like that of a person who has recited two thirds of the Qur’an, and so much reward would he receive as if he has given every believing Muslim, man or woman, a free will offering “

This idea was formed because of the particular responses that these two groups showed in reply to the invitation to Islam. For, as the Qur’an has clearly pointed out in different verses, the misguided Jews used to show a special grudge and enmity against the invitation of Islam, though, at the beginning, their scholars and learned men were the bearers of the glad tidings of Islam.

Very soon, though, under the effect of deviation of thought, belief and notion, and, also, because their financial gains were being endangered, they became the most obstinate enemies of Islam and they did whatever evil they could against the progression of lslam and Muslims.

(Even today, Zionism and Zionists hold the same position regarding the manner in which they treat Islam and Muslims.)

But, the misguided of the Christians, who upon encountering with Islam were not so grudging, but were misled because of their misperception of the Divine religion and therefore refusing the Truth, were rendered into / dallin / ‘ those gone astray’.

They believed in the Father, the Son, and the Holy Ghost instead of clinging to true Monotheism, the worship of Allah. This is, in itself, one of the greatest examples of ‘astray’ and ‘aberration’.

Following the Manchester Muslim terror attack, the mayor called for prayer at the council meeting. The prayer that was shared was the Al Fatiha, shared in Arabic,  that demeans and denigrates Christians and Jews. Think about that. They were gathered together to console one another and the citizens of Manchester. And the prayer that was chosen by the mayor was one that divides; one that dehumanizes those who were murdered by an Islamic terrorist and those in the room with heads bowed.