What happens when a culture loses the meaning of the sanctity of life?

What happens when a culture loses the meaning of the sanctity of life? A seventeen year old Dutch GIRL, Noa Pothaven, is allowed to end her life. Suffering from mental illness. More like mental anguish. She was not assisted in her death by some injection; she was allowed to refuse treatment including food and water.

We used to live in a culture that values life. All life. We used to consider life as sacred. An idea that was revolutionary and evolutionary when it first made its way into the collective conscious 3500 years.  But no more. We look for excuses to end life.

Neo Pothaven had written a book that described her life. She had been sexually assaulted at eleven; then one year later assaulted again at a classmate’s party; and then raped by two men when she was fourteen.

I can’t be the only one questioning these attacks?  I would never blame a victim. Ever. But she was not just a victim of sexual assault. She was a victim of a very poor health care system and sadly, parents who could not help her.

Three assaults? Can you imagine what was going through her head after the first one?  But two more? Did she begin to think she had no value?

Dr. Timothy Breweton, an expert in the field of trauma and eating disorder said,

“Traumatic experiences, especially those involving interpersonal violence[such as sexual assault], have been found to be a significant risk factor for the development of a variety of psychiatric disorders, including eating disorders, particularly those characterized by bulimic symptoms, such as binge eating and purging.”

Yet, she was allowed at 17 to make this decision. Her parents could not interfere. Let’s just think about that. At 17 the part of your brain that makes ethical decisions, the prefrontal cortex, is not working 100%. The prefrontal cortex does not finish developing until 25. The physicians consulted about Ms. Pothoven said her recovery could not be deemed hopeless until her brain fully developed at 21. They seem to be rather optimistic. But the point made was that she was not capable of making this decision, yet.

It is important to know the purpose of the prefrontal cortex: executive functions. In general, executive functions focus on controlling short-sighted, reflexive behaviors to take part in things like planning, decision-making, problem-solving, self-control, and acting with long-term goals in mind. If you took away the prefrontal cortex we would be ruled by our desires and impulses, lacking an ability to plan for the future or think about the consequences of our actions.

What do you think? Was she really capable of making a decision at 17, after three sexual assaults, to know the meaning of ending her life? Of the finality of it all? She was also suffering from mental illness. I know the place of suicidal ideation.  It just makes sense to end it all. Except it doesn’t.  And a 17 year old has no understanding of that. It is our job as the adults in the room to teach the meaning of the sanctity of life-all life. That we must choose life; certainly at 17 when the problem is mental illness and not some horrific disease eating away at the body and mind with no cure or remission in site.

There is a photo in the article about her death. 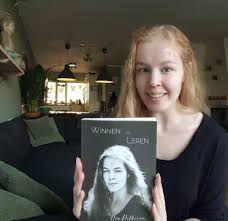 She is not the first young woman to be assaulted and sadly she will not be the last.

In her own words, “I breathe but I no longer live.”

She had made many attempts at suicide. I also know that feeling of hopelessness and helplessness.   But we must not let hopelessness take our children.

There were others who could have helped her.

The author of the article in the Globe and Mail André Picard wrote:

“We must not lose sight of the ultimate purpose of assisted death-to reduce suffering of those whose pain, physical and mental, is unbearable. That choice, that relief, must be open to all, no matter how uncomfortable it may make us.”

This is nothing but a massive societal failure. A failure to protect our children-from others and themselves. Patting ourselves on the back for allowing children to end their lives because they cannot see beyond the immediate pain is despicable, especially for those of us who fight mental illness daily and like anyone else with a chronic condition, we not only survive, we thrive. This young girl will not have a tomorrow because we allowed her to die.

It was not that long ago that life was not considered sacred. That all life was sacred. Children were sacrificed to the fertility gods or the volcano gods. And, today, we see girls sacrificed in the name of family honour. This happens when we forget, when we lose sight of the sanctity of all life. We fall down this rabbit hole where life is no longer precious.