What is the origin of Louis Farrakhan’s hate for the Jewish people? 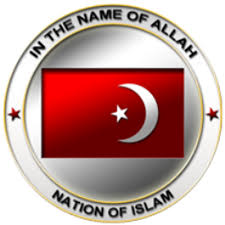 What is the origin of this visceral hate? He’s old enough to remember that the Jewish people walked with Martin Luther King Jr, August 1963, for the March on Washington for Jobs and  Freedom,  and the 1965 march from Selma to Montgomery. Rabbi Abraham Joshua Heschel marched with King  because he believed that “Racism is Satanism, unmitigated evil.” Young Jewish people, Andrew Goodman and Michael Schwerner, died fighting for the civil rights of black Americans.

“is indeed a truly great prophet…. Here and there we find those who refuse to remain silent behind the safe security of stained glass windows, and they are forever seeking to make the great ethical insights of our Judeo-Christian heritage relevant in this day and in this age.”

The Jewish people continue to fight against racism. So what happened that Farrakhan has the need to disparage the Jewish people, especially as Jewish people already are disproportionately targeted for hate crimes in America ?

Is it, perhaps, the Judeo-Christian heritage that he finds offensive? Is that the reason he chose Islam as his faith and ideology?

It makes sense when one reads the teachings of Islam in America.

Imam Abdullah Khadra of Raleigh, NC, invoked the  Jew-killing hadith (a collection of the sayings of Muhammad), saying the Muslim prophet “gave us the glad tidings that we will fight those Jews until the rocks and the trees will speak: ‘Oh Muslim, this is a Jew behind me.”

Sheikh Ramadan Elsabagh of Garland, Texas, posted a recorded prayer on his Facebook page calling for Israel’s destruction: “Oh Allah, destroy the Zionists and their allies.”

New Jersey Imam Aymen Elkasaby invoked “martyrdom” as a means to take revenge on the Jews, whom he called “apes and pigs.” He then prayed for their annihilation, eliciting cheers from the Muslim men attending his Jersey City mosque.

Imam Ammar Shahin at the Davis Islamic Center in Northern California preached Jews were contaminating Muslim shrines with their “filth” and called for their genocide. “Oh, Allah, count them one by one and annihilate them down to the very last one.”

I don’t recall a word of rebuke from the Congressional Black Caucus to whom Farrakhan has been speaking for more than thirty years. Twenty-one members of the Caucus, including Maxine Waters, now head of House Financial Services Committee, refused to condemn him.

“theology of innate black superiority over whites and the deeply racist, anti-Semitic and anti-gay rhetoric of its leaders.”

Neither was there a peep from former President Barack Obama who thinks of himself as an honorary member of the (Jewish) Tribe. President Obama cut his ties to his Pastor Jeremiah Wright, of Trinity United Church of Christ, which he attended for 16 years, because of Wright’s anti-American and racially charged sermons. Wright had presided over Obama’s wedding and baptized his two daughters.

Where are the rest of the Democrats?  The Progressives? The anti-haters?

So far the left has been silent. Silence is collusion. The left was loud and proud in their condemnation of Roseanne Barr after she sent out a tweet referring to one person-Valerie Jarrett. Despite the fact that she explained the tweet and apologized, they made sure her professional life was destroyed.

Why is Farrakhan still allowed to share his hate for the world’s 14 million Jews? 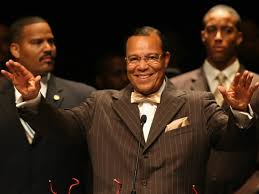