Who made you God: deciding who is essential? 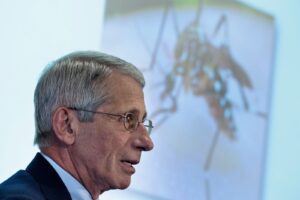 NBC News Miguel Almaguer shared his concern regarding the opening of the economy during the nightly newscast on May 13: “the push to make money” could come a the cost of public health”

It takes a certain kind of arrogance to suggest that wanting to go back to work is a “push to make money”  over concerns about health when you are having trouble paying rent, providing food for your family and just trying not to fall into despair. But I understand it, as Miguel Almaguer, like all his compatriots in the media, ARE GETTING PAID.

Ladies and gentlemen, if you are getting a pay cheque, I have no interest in your opinion regarding the opening of the country or deciding for me who is and is not essential. You’re fine. Millions aren’t. All the so-called political leaders – who are they to decide who is essential when they are still getting paid?

All we hear from the doctors and the politicians – all being paid by the way, is that we must protect our citizens. All life is sacred. No death is acceptable. The left now likes to give us a daily number count of dead people, blaming Donald Trump, while insisting that we need to stay locked down to keep people from dying. And these same people are telling us who is and who is not essential? Who are they to decide who can live and who can die; when you pontificate on who is essential or not, you are making that decision. Keeping people from work, calling them non-essential can kill them; if not physically then emotionally and spiritually.  Poverty will get them. Or depression when they see their business bankrupt.  When they see their small towns dying – a replay of THE Depression. Unable to afford one’s home and no one to buy it.

When President Trump said he was in charge, he was attacked for trying to take over. But not Fauci. How is it that Fauci is in charge of America?  I refuse to bend the knee to Fauci. A pontificating pontiff, an unelected King. A false god speaking from on high who lacks justice, mercy and empathy.  A man whose models and projections have been wrong from the get-go.  But that’s OK for the Democrats, and their propaganda arm, the MSM, who agree with the lockdown and the destruction, not only of the economy, but of America as we know it.

So what if Dr. Birx disagrees.

“There is nothing from the CDC that I can trust,” Birx reportedly told CDC Director Robert Redfield. Birx said “mortality is slowly declining each day,” and that the focus should be on protecting Americans who are older or have pre-existing health conditions that make them vulnerable to the virus. Dr. Deborah Birx, the White House coronavirus task force response coordinator, believes some official COVID-19 statistics like death tolls may be inflated by up to 25%, a new report states.

Birx criticized the method the Centers for Disease Control and Prevention (CDC) was using to collect its data according to a report from The Washington Post.

“To keep with this trend, it is essential that seniors and those with comorbidities shelter in place and that we continue to protect vulnerable communities.

But we listen to Dr. Fauci.

And then there is the leading doyenne of the Democrat Party; Nancy Pelosi. 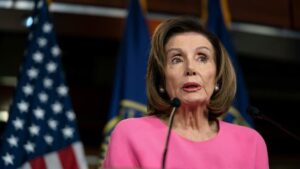 Have you checked her out? Why would she care about the economy? She still gets a pay check; not that she needs it.What does she care about the length of time the non-essentials are out of work? Are we to believe that she is a natural brunette and wrinkle free? Seriously, at her age?  Are we to believe that she does her own makeup? Haven’t checked her nails. Are they manicured? Why should anything she say have any import?

And the Mayor of Chicago.

Remember she had to have a haircut because she is in the public eye-and hygienic, too. What about the rest of Baltimore? They have no need/desire to be hygienic?  Well, I guess not. After all, they are non-essential people.

I am watching my small town fall apart. I know these people. I shop at their stores. We have become friends over the years. They aren’t essential according to these politicians and doctors whose models for these decisions have been nothing but wrong. They are to me and all of us in the town.Will the hairdresser return? Or the spa? How about the “artsy” stores that sell knick-knacks, many from local artisans? The book store, games store, clothing stores? But there is good news for restaurants. They can open at half capacity. They can barely make a living at full capacity. Hey, they aren’t essential – to whom?

Can’t end this without mentioning  Justin Trudeau, Canada’s Prime minister. PM Justin Trudeau deigns to come out of his home, for fifteen minutes a day and share his sanctimonious bafflegab. He is a failed drama teacher and ski instructor, yet he is going to lead us out of this catastrophe?  The man is tied to China, has loved their government for years and sent our health care supplies to them in February! Anything to buy a seat at the UN, even when it harms Canadians.

Our countries will not open until we take them back.

Everybody knows that the dice are loaded

Everybody rolls with their fingers crossed

Everybody knows the war is over

Everybody knows the good guys lost

Everybody knows the fight was fixed

The poor stay poor, the rich get rich

That’s how it goes