What does the wicked son say? “What does this drudgery mean to you?” To you and not to him. Since he excludes himself from the community, he has denied a basic principle of Judaism. You should blunt his teeth by saying to him: “It is for the sake of this that Hashem did for me when I left Egypt. For me and not for him. If he was there he would not have been redeemed.” 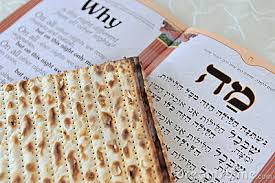 I am not naming the Rabbi who headed the Seder that I attended out of respect for my children who attend her services but feel free to add the name of your Liberal Reform Rabbi if the story I am about to share sounds at all familiar.

First, I want you to know Rabbi, that am ashamed of myself for sitting like a good guest as you started our Seder words about the Syrian refugees and a screen filled with four big photos of Muslim refugees, I assume now living in Canada.

I sat there, fuming when I should have stood up and stopped you.  But I didn’t. And so now I write. Better late than never. Needless to say, I will never attend another event presided over by you.

What would Rabbi Hillel have said to you when the first thing you spoke about was the Syrian refugees? How people wouldn’t take them in this anti-refugee atmosphere -a sly reference to Donald Trump to whom you compared to Hitler when he was elected. Yet this “horrible” man had the courage to bomb Syria when your Saint Obama stood down and let the Middle East explode. I assume you wrote your opening “speech” before President Trump sent a message that was heard loud and clear.

Despite your comments about refugees not being welcome-our Prime Minister has opened our doors to refugees, invited them in and they are coming in across the border-illegally as well.

Yet, where is your condemnation of our Prime Minister for saying next to nothing about the hate-filled prayers shared in the mosques across Canada-hate toward the Jewish people while he condemns anything he finds “Islamophobic.”

On Family Day (February 5, 2016), the Alberta Islamic Welfare Association headed by Shaban Sherif Mady hosted  Syrian refugees and their families for a social gathering with members of the local Muslim community in Edmonton. In his speech to the Syria refugees, Shaban Sherif Mady emphasized the merits of the people of Greater Syria in the eyes of Allah for defeating the Crusaders and the Tatars and ended with a supplication to Allah. The following is an excerpt from the supplication (originally in Arabic):

O Allah! Strengthen the mujahideen [jihad fighters in the path of Allah] everywhere, make their hearts firm and strong, let them hit their targets, give them victory over their enemies. O Allah! Destroy the oppressors. O Allah!Destroy your enemies, the enemies of religion (Islam). O Allah! Whoever wishes good for Islam and the Muslims bestow all goodness upon him. O Allah! Whoever wishes ill for us and wishes ill for Islam and the Muslims, make his plot (tied) around his neck and make him preoccupied with himself, and make his plan cause his own destruction.

How about the “moderate” teachings of Sheharyar Shaikh who serves as the Imam of the Islamic Society of Kingston, Ontario and he also served as the President of North American Muslim Foundation and the Imam of Masjid Qurtabah in Scarborough, Ont. Supporter of the establishment of a Caliphate, or The Islamic State, Sheharyar Shaikh believes that the Islamic Law (Sharia Law) is essential to maintain a healthy and moral society which can be achieved by using the Islamic punishments (execution, crucifixion, flogging etc.) as effective deterrents against potential criminals. In this regard he emphasized that punishment for apostates, Muslims who left Islam, is execution. 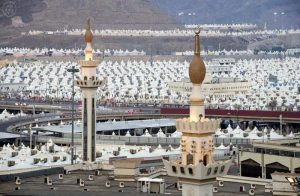 Are you not aware that there are more than 60 Muslim majority countries in the world to take in their brothers and sisters who are in harms’ way?   And of those 60 countries the wealthiest in the region took ZERO refugees. ZERO in Saudi Arabia, Iran, Qatar, Dubai the Emirates, let alone Indonesia and Malaysia.

Are they not their brothers’ keeper? Israel-the Jewish state did more to help. Did you read about that in the media? My guess is that you didn’t or I’d like to think you would share that with us.In the name of you understanding of Tikkun Olam.

You like symbols. Last year the symbol was a banana. The little boy found on the beach liked bananas. Your symbol for Passover this year was shoes-was it meant to remind the Jews of the Holocaust when people would not take us in? Were you suggesting that what was happening to the Muslims, today, is similar to the Holocaust? You said not a word about the fact that Canada refused to take the Jewish refugees from the St. Louis-mostly because the French in Quebec refused to take us so our people were sent back to Europe and the ovens. We had no options. We did not have 60 mostly-Jewish countries who could take us in. But not a word: nothing, nada, bupkus, gournished from you.

Nothing about OUR people. Am Yisrael. Nothing about the fact that we, the Jewish people, gave the world the miraculous ethic that all people are born with equal intrinsic value and that all life is sacred. What Irish author Thomas Cahill called “The Gift of the Jews.”  You said nothing about the miracle that we even exist, today. All 14 million-not even back up to pre-war numbers which were mighty low in the first place- in a world of 7 billion of which 1.6 billion are Muslim. How we have endured-not only endured-but contributed to the betterment of humankind despite thousands of years of persecution, prosecution and pogroms in one Jew-hating country after another.

Today, our Jewish people are still being persecuted-from calls for BDS, cries that Israel is ethnically cleansing Palestinians, that Israel is an apartheid country and an occupying force. Our students on campus are under attack and feel constantly threatened. 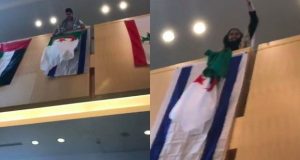 Anti-Semitism is on the rise-rising faster than anti-Muslim behavior and you focus on Muslim refugees, on Passover. Is this your idea of Tikkun Olam?

You presided over a Passover Seder where we are commanded to remember we were once slaves and that God, by His Hand, freed us and now we are back home on our historical and legal land, yet nothing about our Jewish brothers and sisters who are murdered there on a regular basis-by Muslims- for the crime of being Jewish in Israel. 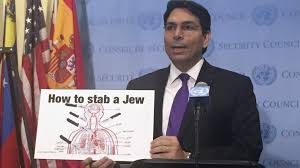 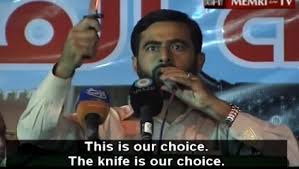 Nothing about the miracle of the State of Israel.

History has not touched you. For if it had you would have realized that you act like the assimilated German Jews-JINOS-Jews In Name Only-yet they ended up in the ovens with the rest of the Jews. You take your freedom in Canada for granted not realizing that the Jews have always been sacrificed -for peace-as the Americans sacrificed the Jews to the ovens rather than bomb the railway to Auschwitz or how the Jews, OUR PEOPLE, are being sacrificed for “peace” in the Middle East.

You assume we the Jewish people will be welcome in Canada for all eternity. How ignorant of you-of history.

While we relive the story of our enslavement to freedom, while we remember, you dwell on those who wish evil upon us.  Nothing we do as Jews will ever please the other. Nothing we do will encourage people to love us. Our God, the God of Abraham, Isaac, Jacob, Sarah, Rebecca, Leah and Rachel did not talk about love. Our God spoke of respect. To expect love from the other is a waste of time. But we have the right to demand respect from the other for we have earned that respect by our actions, our behavior, our contributions to the world from time immemorial. But you failed to talk about that, too.

What would Rabbi Hillel say to you?

You are a foolish, arrogant Jew. A dangerous Jew; as are far too many of our so-called teachers and leaders for in your desire to be loved, you are taking all of us down a path to self-destruction.