Crack in the Culture! From grandiose Infantile Delusions of Entitlement!

“We have to make ourselves heard. We have to speak out for what we believe in. When we, the people, boldly state our true convictions – never losing our optimism or sense of humor – the times will change. When it comes to speaking out for justice, there isn’t any need for restraint. On the contrary, to be reserved or hesitant under such circumstances is wrong.”– Daisaku Ikeda

There’s a crack in the culture dear people, dear people, and the Entitled are trying to fill it with social justice! Their actions remind me of the nursery rhyme: “There’s a hole in my bucket dear Liza.”

I know we are in trouble when an opinion piece appears in the Globe and Mail that states “Important for Canada is how it should think about a future world power and a new world order in a post-Western world,” followed by “Learning to talk to, work with and learn from China will require a certain humility and respect for a culture that is very different and much older.”

Pardon? A writer, Chandran Nair, based in Hong Kong and founder of the Global Institute for Tomorrow, feels so comfortable about what is happening in the west that he can suggest that we walk away from the USA and hang out with China. All it needs from us is a tad of humility and respect for a culture that offers no protections for human rights; that demands group think and conformity or else. Muslims are in camps and Christians have to hide, but that’s the culture we should respect. And, he points out, it is much older. Well, it is much older than Canada and America but not that much older than the culture brought into the world by the Jews, that gave us the ethic that demands that we treat all people with equal intrinsic value and that all life is sacred. We are not born into our destiny, by dint of parentage or colour or race.

That someone would feel comfortable enough to call this era post-western, to tell us to be partners with China and autocracy that is reminiscent of other fascist/socialist countries, speaks to the arrogance and entitlement of today’s pampered citizens, far too many of whom who are disconnected from the hundreds of thousands of people who died to protect our freedoms; most recently from other autocracies; Nazi Germany, Japan the the cold war with the USSR.

We are experiencing this crack in our culture, which I think we can trace back to the 1960’s: All you need is love, and Imagine; because far too many people have no understanding of sacrifice or the concept of the meaning of freedom, and most importantly, that freedom is one thing that is never free. I suggest they watch Band of Brothers and learn.

These social justice warriors are not the poor and the downtrodden. Rather, they suffer from the unbearable lightness of entitlement. Or, as my chaplaincy supervisor said many years ago, grandiose infantile delusions of entitlement. They have no knowledge of deprivation; the kind my grandparents and parents suffered during the Depression; or farmers in the West who watched as their land turned into a dust-bowl. Or saw children die from croup, or diphtheria or polio or measles and pneumonia and poverty.

They know little to nothing about real adversity, like those who fled Europe and Russia, starving or hunted down and came to America and Canada to work and be free of government intervention. Today, they refer to these people as colonizers and white oppressors.  The entitled have taken up what they think is a new cause: diversity through identity politics. A dangerous cause. It is a devolution back to tribalism.

Who would have thought, after the Second World War, when millions of people died protecting freedom of the individual from the tyranny of fascism that we would have professors, politicians and pundits take us backward in time, back to tribalism, by promoting divisiveness  through identity politics. They pit one group (tribe) against another through their cries of Social Justice, which sadly has been morphing into socialism. Social justice was never meant to provide a hand out. But in its latest incarnation it encourages a race to the bottom as different groups vie for the position of number one victim. Pity me! Pity me!

Social justice originally called for equal opportunity and assisting the other with a hand up, a life of dignity, not victim-hood. We learned this lesson from the Bible; leave the corners of the field for those less fortunate so they may work to provide food for themselves and their families, live dignified lives, and not wallow in helplessness.

It has taken so little time to forget the price paid for the freedom we have, as they turn around and champion giving it away in the name of socialism…I mean Social Justice. Do these warriors think that we won’t end up like Russia, Venezuela, and Cuba with the rulers and the ruled?  Have you seen how these people live? 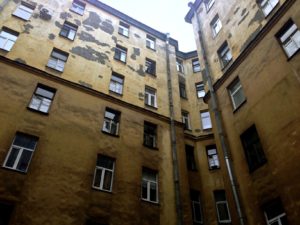 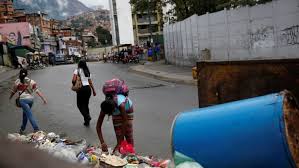 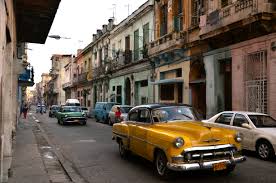 “Don’t let Western civilization—the best and most humane form of civilization developed by mankind—perish by default.”

Freedom is fragile. So few countries in the world have the blessings of freedom. In 2018, Freedom in the World recorded the 13th consecutive year of decline in global freedom.  Democracy is in retreat.  Freedom requires the strength to push back against fear of the unknown that often triggers our innate desire to return to the womb, to the garden, to someone who will make all your decisions.

As we encourage that innate desire by interacting with socialism, a proven failure, right before our very eyes, we make fascism not only possible, but welcome it, slowly, as one freedom after another is taken away, or sadly, given away, in the name of “the people!”  We open the door to that post-Western world when we let go of our sense of the dignity of the individual, of uniqueness, while trusting government to make decisions for us from the cradle to the grave.

There was a time when we stood on the shoulders of giants to reach new heights. We now cut these giants off at the knees.

And the wolves are at sniffing at the door. They see the cracks in the culture: that maybe, just maybe we are ready to show “humility and respect for a culture that is very different….”

Update June 25, 2019 It seems the video is no longer avaialbe. Wonder who stopped it. Certainly not the people who produced it.

Here is the YouTube video from Mark Dice who reworked the Project Veritas video and removed the faces of Google employees, to ensure their privacy.