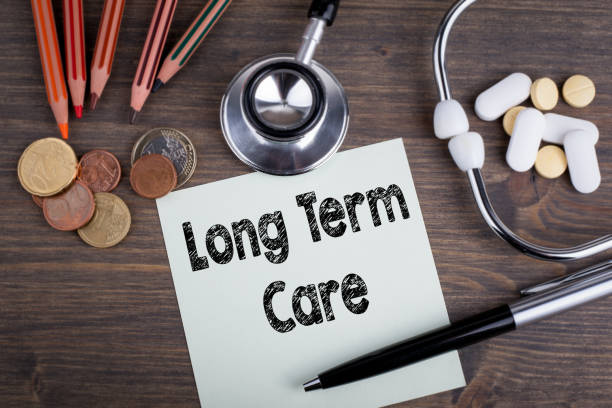 We have heard a great deal about death with dignity. It really got a push in the 1990’s. People have a right to end their lives with some dignity. OK. I understand it, but don’t like it. I don’t like the idea of government involvement in killing its citizens. Slippery slope comes to mind. I have watched as abortion went from aborting babies because of rape or incest, to first term abortion to abortion at birth.

What will prevent government from encouraging death with dignity; in the name of the greater good? Well, Germany, in the name of protecting the most fragile, will not allow people to access euthanasia without first being vaccinated against Covid!

In 2021 Canada passed Bill C-7.  The bill amends the Code provisions on MAID, medical assistance in dying, by establishing a separate set of procedural safeguards for individuals whose natural death is not reasonably foreseeable and making some amendments to the safeguards that apply in the case of individuals whose natural death is reasonably foreseeable. “Under the Liberal government’s amendment, medically assisted death will automatically be expanded to cover those with mental illness in 24 months.”  Minors with mental illness must be mature before they can request assisted suicide.  The Bill will not go through right away. Much needs to be discussed.

What if the government promotes the idea that some of our elderly are burdensome? Think of the cost of caring for these people!  And it would be in their best interest to encourage them to end their lives with dignity?  A sort of patriotic duty? What if the government, in the name of the greater good, gives incentives for this encouragement?

And don’t scoff at that idea.

After all, the government had little push back when dividing our citizens into essential and non-essential during Covid, despite the fact that although the COVID-19 pandemic has infected approximately 1.5% of the world’s population of  about 7.75 billion persons, it has killed a much smaller fraction of a percent of that population. To put these numbers into perspective, the global population in 1918, during the Spanish Flu was about 1.8 billion persons, suggesting that about 30% of the world’s population was infected during that pandemic and that it killed about 2.7% of that population. Despite the relatively low Covid numbers, we allowed our government to shut us down and silence us. Separate us from our elderly grandparents, especially the weakest, who needed us the most.

We have now established a track record of bending the knee to government.

What we don’t discuss is life with dignity, especially for our elderly. I have visited homes for the elderly in need of extra care. The first floor was always nice. The second floor, the elderly needed more care and on the third floor you could hear the screaming of patients with Alzheimer’s.  The screaming can be part of the disease. They also have no idea who you are and I wonder if they know who they are. There is no dignity, here.

I was with my mom while she was dying.  She was 90 years old and had been living on her own for some time in an assisted living complex that was so beautiful I wanted to know if I could move in. She was having trouble breathing. COPD. We took her to the hospital and I knew that she was dying. A death with dignity. Until the nurse came in to give my mother her medications. What? My mother was barely conscious, her soul was preparing to return to its maker and this nurse was trying to shovel in her drugs for her blood pressure and heart and who knows what? Why?

And I have often wondered since then how many nurses are pushing drugs into our elderly when they are dying in the Long Term Care facilities. Why do we give these fragile people drugs to keep them alive when their bodies are failing and getting ready to die?  When a parent or grandparent is dying why do we give them their heart medication or blood pressure medication or diabetic and all other medications meant to keep them healthy and alive? Their bodies are winding down and we won’t let them. Instead we push these drugs into their bodies and let them suffer, quietly. Why do we give these fragile people flu shots and pneumonia shots and Covid shots? To what end? Does anyone really ask them if they want the shots? There was a time, not that long ago, when pneumonia was the elderly’s best friend. But it seems we don’t want to let nature take its course.

Does anyone ask our elderly if they want their drugs?  Like a DNR order. Do Not Resuscitate. Don’t give me drugs at the end of life to keep me living. And speaking of these drugs, do you have any idea how many drugs our elderly are taking? Have you counted them? Have you asked why they are being given these drugs? Do they know why they are taking these drugs? How many of our elderly are seen by a gerontologist who goes through the drugs to remove those no longer needed or are given to counter side effects?

The prescribing of multiple medications to individual patients (called “polypharmacy” in the scientific literature) has reached epidemic proportions. More than four in ten older adults take five or more prescription medications a day, tripling over the past two decades. Nearly 20 percent take ten drugs or more.

We live in a  “Culture of Prescribing –Advertisements linking prescription medications to happiness and health, the increased medicalization of normal human aging, the hurried pace of medical care, and the desire of both health care professionals and patients to “do something” have fostered a shared expectation that there is a “pill for every ill.”

If nothing is done to change current practices, medication overload will contribute to the premature deaths of 150,000 older Americans over the next decade and reduce the quality of life for millions more.

Every day, 750 older people living in the United States (age 65 and older) are hospitalized due to serious side effects from one or more medications. Over the last decade, older people sought medical treatment more than 35 million times for adverse drug events, and there were more than 2 million hospital admissions.

Reducing inappropriate or unnecessary medications could save as much as $62 billion over the next decade in unnecessary hospitalizations for older adults alone (anyone smell the hand of Big Pharma?). As a nation, we would also save billions more on the cost of unnecessary drugs and visits to the emergency room and outpatient clinics.

More importantly, successfully tackling medication overload holds the promise of lessening disability, cognitive decline, and hospitalizations for patients. And that translates into better lives for millions of people.

We must not end life prematurely, nor must we prolong death.

Dignity lies in the balance