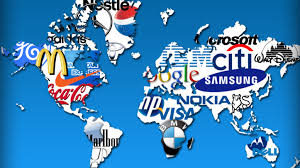 Globalists are fretting over populists and nationalists. They are interfering in their agenda. How dare they?

I just read an interview with John le Carré;  alias David Cornwall. His new book will be out late October.  The master of spy tales, le Carré is worried about world events and today’s geopolitical moment. The rise in nationalism and populism. le Carré  refers to populists as “the ultras” poisoning public opinion. He sees Trump enabling authoritarianism. He compared the relationship of Trump and Putin to Molotov, who worked with Stalin, and Ribbentrop, Foreign Minister of Nazi Germany, from 1938 until 1945.

It seems that Trump and Boris Johnson are dangerous to world peace.  le Carré refers to Johnson as a man “totally without principle.”  He says Trump and Johnson promote nationalism and populism rather than the much vaunted globalism.  After all, globalists promote progressive values. Progressive: Given the predilection to progress, the past is viewed as an inferior state of existence with various afflictions that wither away over time. So we simply wipe out the past or rewrite it based on values we have, today.

Nothing could be more dangerous to globalists than leaders who do not fall into line.

These Globalists seem to be unaware of the fact that the meaning of words change over time. Like the word fag. It used to mean cigarette. Not anymore – except perhaps in Britain. In the past, globalism was an antisemitic trope when referring to Jewish people. Its origin is from Nazi Germany, when Adolf Hitler referred to Jewish people as “international elements that ‘conduct their business everywhere.'” These “global Jews,” he said, hurt Germans who were “bounded to their soil, to the Fatherland.” The idea that Jews are not loyal to their country has long been used to “otherize” them and undermine their autonomy. What better way to attack people like Trump and Johnson, and promote globalism, than accuse them of antisemitism?

Globalism has globalized. It no longer refers to Jews. It refers to those who have no loyalty to any country; their loyalty is to business, profit. Not that enjoying the fruit of one’s labour is not a good thing. It is just that, today, globalism is negatively impacting those whose livelihood depends on jobs at home; especially in manufacturing.

Today’s nationalism/populism has nothing to do with that which led to two Great Wars, despite the attempt by people on the left to connect today’s populism and nationalism to the time of the Third Reich. Trump, and now Boris Johnson, are being compared to Hitler. Hitler was a real nationalist, a real populist. He did not defend the German nation. He was defending the “real Germans;” the blond, blue-eyed Aryans.  Ironic, as Hitler was neither.

Today’s nationalism/populism is a call for help from the middle and lower classes all over the world who see their countries sell them out.  Trump responded to the “little people” in America, the people firmly rooted in the land and the country itself. People brushed off by Hillary Clinton as she promised them she would destroy the coal mines and then referred to them as “deplorables”! And in Canada our PM, Trudeau, is busy shutting down our resources, not caring a whit for Alberta,while he sidles up to the pure laine – the “real Quebecois” in Quebec. Now that’s old fashioned populism.

Despite the attempt by Progressive/Globalists to divide their countries into tribes with identity politics and intersectionality, while at the same time denouncing racism, populists and nationalists are coming together to support their countries – their sovereignty, their allegiance to their constitutions and not the “constitutions” of globalist companies and their “anywheres” workers; people who have no particular loyalty to country, who are comfortable anywhere they work, because their work is portable.

In Britain, people got tired of taking orders from the EU leadership, an elite group of politicians (including Federica Mogherini, an antisemite), with no connection to British citizens of every race, colour, creed, religion and sexual orientation. I met a man who owns a bicycle shop. He was drowning in regulations. I met a couple running a beautiful B&B in Edinburgh, drowning in regulations from people with no connection to their lives. These are people who want Brexit and Boris Johnson. They want their country back. They want to have a say in the policies of their country; policies that directly affect their way of life. Local not global.

In America, citizens, of all races, colours, creed, and sexual orientation, outside Washington and the coasts, got tired of watching their jobs move out to other countries, and illegal immigrants coming in and lowering the hourly wage. These people, the “somewheres,” found a leader who cares about their needs. They found leadership that understands their connection to their land; not to a Global company.

They elected a President who took them out of the self-destructive “Paris Climate Accords,” and stopped the Trans-Pacific Partnership. These are people who question China’s role in the world and are grateful to Donald Trump for questioning the power of China. Globalists have no problem with China. But the populist/nationalists, “somewheres,” do.

There is angst amongst the Globalists. They constantly spread fear of fascism from the populists/nationalists of today. But today’s fascism is coming from the globalists, themselves; the left. It is the Democrat Party in America calling for civil unrest, promoting the “cancel culture.” Maxine Waters  and Rashid Tlaib  come to mind. They call for acts of violence against those with whom they disagree. Masked men and women, Antifa, running around preventing free speech and freedom of assembly. What better way to prevent ideas from being shared than silencing others; often with acts of violence?

The left, the Globalists, are undermining the very ethic that underpins our freedoms; the Judeo/Christian ethic that is the foundation of all freedom-loving countries – while Christian pastors, devout Catholic theologians, and Orthodox rabbis, protectors of this ethic, vigorously support Donald Trump.

And Globalism has revived the oldest hate in the world – antisemitism. The left is home to Jew hatred. Corbyn in Britain, and the Democrat party in America; from Tlaib to Omar. For the longest time there was not a word from a Democrat leader. Chuck Schumer did call out Ilhan Omar, yet decided to attend the antisemitic J Street Conference with Nancy Pelosi. Covering all bases?

Who is standing up to Jew hatred? Donald Trump; that populist/ nationalist. The same leader standing up for Americans who suffered because of rampant uncontrolled globalism and is standing with Boris Johnson who is also fighting to return political/economic decisions back to the British.

If we are going to continue to have a discussion about globalism, nationalism and populism, let us first agree on definitions and remove antisemitism from the conversation.