Lies Our Leaders Tell Us: The Betrayal by the West: Part 4

“If I must have preferences, let me murmur in you ear that I prefer Arabs to Jews” Anthony Eden, Great Britain 1943 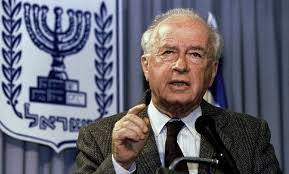 Israel’s leaders lied to the Jewish people – at the very least, they obfuscated about the “two-state” solution. Living in the Diaspora, I tended to believe the leaders, especially when they came from the political right. So when Yitzhak Rabin offered land for peace and Ariel Sharon walked away from Gaza, I believed that this was the right thing to do. It never occurred to me that they were giving away land legally designated for the Jewish people by international law. Why would I?

I feel betrayed by these former prime ministers. Yet, reading about them, one sees a pattern of betrayal by those who say they are Allies. I have already written about Rabin and the re-writing of his history. Sharon, who removed the Jews from Gaza, was betrayed by America. Sharon believed that with his negotiations he could “save the settlement blocs [in the West Bank], where 80 percent of the population lives – and if you continue to obstruct this, we will lose even this.”

On December 18, 2003, at the Fourth Herzliya Conference, Sharon stated that ″settlements which will be relocated are those which will not be included in the territory of the State of Israel in the framework of any possible future permanent agreement. At the same time, in the framework of the Disengagement Plan, Israel will strengthen its control over those same areas in the Land of Israel which will constitute an inseparable part of the State of Israel in any future agreement.″

“The significance of the disengagement plan is the freezing of the peace process, and when you freeze that process, you prevent the establishment of a Palestinian state, and you prevent a discussion on the refugees, the borders and Jerusalem. Effectively, this whole package called the Palestinian state, with all that it entails, has been removed indefinitely from our agenda. And all this with authority and permission. All with a presidential blessing and the ratification of both houses of Congress.”

Sharon received a letter from then-US president George Bush, which read in part: “In light of new realities on the ground, including already existing major Israeli populations centers, it is unrealistic to expect that the outcome of final-status negotiations will be a full and complete return to the armistice lines of 1949, and all previous efforts to negotiate a two-state solution have reached the same conclusion.”

So Sharon, trusting his most trusted ally, removed the Jews from Gaza in August 2005, expecting Judea and Samaria to be protected by his Allies. Instead terror moved into Gaza and spread. And Israel was squeezed.

And now I fear that Prime Minister Benjamin Netanyahu will be the next leader from the right who will harm Israel. He talks of two states again. He is being pressured by US President Barack Obama, Secretary of State John Kerry and the European Union. Yes, Deputy Foreign Minister Tzipi Hotovely recently released a document that reiterated the Levy Report, which states that Israel goes from the river to the sea. Israel should run from the Mediterranean far into what is now Jordan but for the betrayal of Great Britain in 1921, when she unilaterally and illegally gave away three quarters of the British Mandate of Palestine to the Arabs, in order to appease them.

Reading the history of the Jews in the United Kingdom isn’t pretty. The Jews arrived in 1066 at the request of William the Conqueror. He used them as his personal bank. Despite the invitation to live in England, the Jews were relentlessly persecuted until King Edward I finally expelled the entire Jewish population on July 18, 1290. This was after money lending had been declared heretical and illegal, so the Jews had nothing more that could be taken from them. This gives Great Britain the inglorious badge of being the first European country to expel Jews. The Jewish exile from England lasted 350 years.

During their time in England, the Jews, as bankers, had financed the Third Crusade in 1189. Their taxes were so high they provided 8% of the income while representing only 0.25% of the population. The Crusaders didn’t want to repay their debts to the Jews, so they murdered them in York. That didn’t stop the king from demanding higher taxes on the remaining Jews. In 1217, the English Jews were forced to wear yellow badges.  In 1255 the situation was so bad that Jews volunteered to leave. The request was denied by Henry III, who considered the Jews royal property. In 1269, Jews were no longer allowed to hold land, and rights of inheritance were changed so that children couldn’t inherit from their parents. Jewish property went to the crown. In 1290, the Jews were expelled after the Crown had killed the golden goose by bankrupting the Jews.

The Jews were welcomed back in 1656. In 1698, the Act for Suppressing Blasphemy granted recognition to the legality of practicing Judaism in England.

This brief history of Jews in the United Kingdom gives a taste of the British attitude toward the Jews before the modern era. The British actions against the Jews in the British Mandate of Palestine should not have come as a surprise. But they did.

First was Britain’s betrayal in declaring “two-states” in 1922/3 followed by the enactment of the White Paper of 1939, which illegally reduced Jewish immigration into the Jewish homeland. It was expected with the implementation of the White Paper that the “Arab Revolt” at that time would die down. Sacrificing the Jews was ingrained in the British.

Before the actual signing of this change, the British Foreign Office cabled an order to its ambassador in Berlin in March 1939, telling him to inform the German government about the means of escape being utilized by the Jews (leaving Germany for Palestine)) and to ask the German “authorities” to “discourage such travel.” Britain effectively kept the German Jews in Germany to be sent to the ovens.

“The British were apparently prepared to accept the probable death of thousands of Jews in enemy territory because of ‘difficulties of disposing of any considerable number of Jews should they be rescued.’”

Activist Joan Peters, in her magnificent book From Time Immemorial, revealed “…the British – a ‘civilized’ people – were willing to see Jews in Europe put to death by the Nazis; for ‘fear’ of ‘Arab comment, the British claimed that ‘Palestine’ had ‘no more places’ for Jews, while at the same moment the British were importing ‘illegal’ Arab immigrants by tens of thousands into Palestine to do ‘necessary’ work – work and place they denied the Jews.”

Reading Peters’ book, one hears the echoes from the past that are still haunting us in the present. In 1984, Peters wrote:

“Today, the explicitly stated Arab goals appear to be gaining credence once again through the medium of propaganda and twisted rhetoric, unquestioned by those of us who haven’t known the questions to ask, and unhindered by many who have guessed. Those who understand the reality ought to demand more.”

In 1939, Winston Churchill cautioned that the acts we engage in for appeasement today we will have to remedy at far greater cost and remorse tomorrow.

Today is here. Now is the time for the leaders in Israel to end the appeasing.

We are out of the shtetl!

Let us share the Levy Report. Let us debate the Report. Do not let the Israeli government shelve the Levy Report again. It is time to change the way the world views Israel. 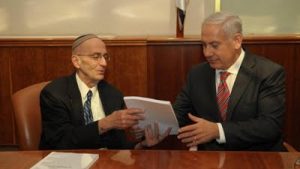 This article is the fourth of a series. The purpose is to raise awareness of the Levy Report. Click here  for Parts 1 and 2 and  3