The Chinese Virus, social distancing and our children 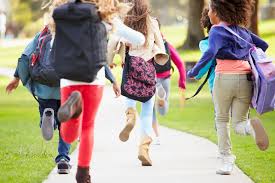 I fear that we may be sacrificing our children in an effort to stop a pandemic that began in China and was kept a secret long enough for the virus to escape China and travel the world.

While we isolate, shelter in place and social distance, we may be forgetting about the isolation of children at home. Our schools have been closed. It seems in some areas there are no plans to open them until September. Some children are fortunate to live in a home or apartment with lots of room, often one for each member, a backyard, and in neighbourhoods that are safe to walk. Even though many are in “lock down” and cannot play in their school yards or parks, there is green space: breathing room. These are children with access to multiple computers and other electronics on high speed internet.

It is the millions of other children that I worry about.

What of children living in homes where parents are just no able to help their children with on-line schooling? Who have trouble helping their children with homework on the best of days? How many of these children will fall behind and how many will be able to catch up? And the children in small apartments, families crowded into one or two bedrooms, in subsidized housing, tall apartment buildings with little or no safe place to play. Areas where children fall into gangs for want of anything else to do with little or no supervision.

I worry about children living in abusive homes. School was their safe space. Social workers checked on them. Now what?  Home all day, every day, without a reprieve from their abuser. Who will care for the most vulnerable of our children?

Experts are sharing their concerns:

“With families being in states of toxic stress more than ever, COVID-19 is tipping the scales toward increased vulnerable situations where children are more likely to be left unsupervised with other children or unsafe adults as a result of school closures. Further, increased financial stressors due to parents/caregivers now being out of work, [along with] anxiety, create increased domestic violence and substance misuse with nowhere [for kids] to safely call home.”

I worry about children in families whose parents suffer from severe anxiety, depression, or addiction. How will these parents care for their children, home all day? And now with loss of income?  Dr. Michelle Ward, a pediatrician and the director of clinics with CHEO’s Child and Youth Protection Program (Children’s Hospital of Eastern Ontario), said “…we have to remember that home is actually not a safe place for some kids.” Many families she has worked with are already living at the edge of their resources. “Now, on top of that, they have the children at home full time…they may have additional financial difficulties…We know that stress like this, unfortunately, leads to more bad things happening in the home. People just don’t have the coping mechanisms to deal with that amount of strain.”

What will happen to children living with parents who cannot cope? And who will help children who develop a mental illness during this quarantine? Our mental health care is overwhelmed during normal times.

So I ask, is shutting down school until next September the right thing to do?

Who will care for the most vulnerable of our children?

Let’s look at the statistics on the Chinese Virus now invading the West.

Numbers compiled by academics running the COVID-19 Canada Open Data Working Group tell the story. Most of the Canadians killed by COVID-19 were not just seniors; they were in a seniors’ residence or nursing home.

Does it not seem draconian to isolate children, to keep them at home for months when we know that the elderly are at most risk? Should we not isolate our elderly, as horrible as that sounds and encourage people with underlying conditions and weakened immune systems to shelter in place? And that may mean that their children would need to stay away from school to protect their parents. And families who live together, grandparents to grandchildren, perhaps these children need to shelter in place. But the millions of other children?

Yes, I know, it is unfair to the children who would have to stay home and miss school.

What baffles me about this quarantine is there was no quarantine during the H1N1 epidemic.   According to the Centers for Disease Control and Prevention H1N1 killed 282 U.S. children in 2009-2010 and H1N1 infected 61 million Americans during the pandemic and killed around 12,000.  Most at risk were children aged 6 months up to their 19th birthday (but the younger the child the higher the risk) and pregnant women.

White House coronavirus task force member Dr. Deborah Birx warned the public not to panic when they hear about models and projections of the pandemic’s spread.

“Models are models.When people start talking about 20% of a population getting infected, it’s very scary, but we don’t have data that matches that based on our experience. There is no model right now — no reality on the ground where we can see that 60% to 70% of Americans are going to get infected in the next eight to 12 weeks. I want to be clear about that.”

So I am asking again, is closing all schools until next September, as has been suggested by many government officials, in the best interest of our children, our future, when they are the least likely to get sick? The answer to this question is way beyond my pay grade but with so many experts, can they not find a way to protect our vulnerable children at the same time we protect our elderly?