So we will bring them back and give them a home, maybe a car, a computer, a phone, welfare, and then maybe the will like us really, really, really like us, despite the fact they didn’t like us when they had all these things before they left. 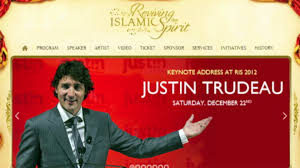 I didn’t vote for Justin Trudeau. I didn’t think that being a drama school teacher, a ski instructor and the child of Pierre gave him the credentials I want in a leader, especially in these times. Each time he speaks I wonder what it is that attracts so many followers. His desire to bring back Canadians who joined ISIS just boggles my mind. He thinks he can rehabilitate them. Make them love Canada when it seems they never did like us all that much.

On January 23, 2006 I flew to Winnipeg to say goodbye to my son Cpl. Paul Davis, 2PPCLI.
In the last few moments he and I had together he shared with me his true emotions. He honestly believed that he was going to Afghanistan as a Canadian Soldier to make a better life for the Afghan people, especially the women and young girls. He returned home in a coffin.
For our Federal Liberal government to bring home ISIS soldiers to reintegrate them into Canadian society sickens me.
I think it is time we, the families of the fallen, stand up and be heard.
This dishonors the Fallen, the military, security, police forces and all Canadians.
Jim Davis,
Bridgewater, N.S.

We are a country of rights. The question I ask is whose rights? Which group has more rights than another? How do we decide the order of rights? Illegal immigrants over citizens? Women over men? Gay over straight? Black over white? Terrorists over soldiers?

Prime Minister Trudeau has decided that Canadians who traveled to fight with ISIS have a right to return to Canada.

He is planning to reintegrate 180 Canadians who left Canadian soil to fight against Allies, 60 of whom Canada knows fought with ISIS in Syria or Iraq.

These are people who signed up with a terrorist organization that just attacked a mosque in Egypt murdering hundreds. They associate with Muslims who wantonly murder Muslims and we should bring them home? To a country that is home to Muslims and Jews and Christians and all the other people whom they call kaffir: a “disbeliever” or “rejecter”

But we will bring them back because these individuals now feel they have done their duty to defend Muslim lands and want to come home to lead a more normal life.

This despite the fact that  Public Safety Canada is aware returning jihadis:

“may have skills, experience and relationships developed abroad that could be used to recruit or inspire individuals in Canada. They may also engage in terrorist financing, helping others to travel, or even planning attacks in Canada. The attacks directed by [ISIS] in Paris and Brussels provide examples. Most of the attackers were returnees linked to [ISIS].”

“We recognize the return of even one individual (who joined the ISIS group) may have serious national security implications.”

Because they committed treason? Or because they have developed a new set of skills to kill people?

To Trudeau, traitor or patriot, we are all equal. If he had been our fearless leader during WWII would he have called for the reintegration of Canadians who had fought for the Nazis? Would they have passed muster as loyal, proud, grateful Canadians? Would he have brought them home to de-radicalize them? And what does that mean? I am a radicalized westerner. I will defend Western culture with my life.

How did we get to the place where Canadians became so comfortable living here that we voted in leaders who look at citizenship as a right; not a privilege or a blessing? 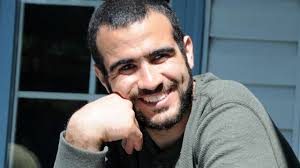 This government paid out 10 million dollars to Omar Khadr a confessed traitor.

Layne Morris the 55-year-old Special Forces sergeant, who was there when Omar Khadr threw a grenade that killed fellow Sgt. Christopher Speer, said that the deal felt dirty to him. He questions this decision. “We were fighting the terrorists. They were the bad guys.” “I don’t see this as anything but treason,” said Morris. “It’s something a traitor would do.”

Canadians in Afghanistan fought alongside the PPCLI (Princess Patricia’s Canadian Light Infantry). There was a Canadian flag flying along with the American flag at the base there. Should we now bring home traitors who attacked our soldiers and the soldiers of our Allies? And how will that sit with our Allies?

France, America and Britain are not planning to bring their treasonous citizens home.

“I’m afraid we have to be serious about the fact these people are a serious danger to us, and unfortunately the only way of dealing with them will be, in almost every case, to kill them.These are people who are executing people … who have held women and children hostage, who are torturing and murdering, trying, by violence, to impose their will. Our response has to be, when somebody does that, I’m afraid, to deal with that.”

The Sunday Times reports that Britain’s Special Air Service, SAS, has been given a “kill list” of British jihadis, including  a notorious ISIS recruiter and convert, Sally Jones, and a dozen others with British university degrees in technical fields such as electronics.

Britain has been on the receiving end of too many terror attacks. You think they know something Trudeau does not? 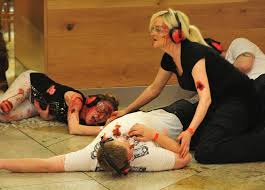 Public Safety Minister Ralph Goodale said “Canada does not engage in death squads.” But anyone who poses a terrorist risk, homegrown or from elsewhere, is viewed “with the greatest of seriousness” by Canada’s intelligence, security and police agencies.

According to government estimates more than 200 Canadian “terrorist travellers” have faced no legal consequences in Canada. “The challenge is they’re not stupid,” said Christian Leuprecht, an expert on terrorism and security at Royal Military College in Kingston “They know that CSIS will likely monitor them using wiretap warrants, on grounds of reasonable suspicion.”

I know I feel better knowing that traitors are not stupid.

That Canada calls them “terrorist travellers” does not give me comfort either.

And then we have assurances from Defence Minister Harjit Sajjan who said his department’s job is ensuring foreign fighters don’t become a threat.

“We will make sure that we put every type of resource into place so Canadians are well protected.”

He can promise that despite the fact that we have armed guards at Parliament Hill who have not passed background checks, yet.

But Trudeau and his Ministers tell us not to worry because they have launched the Canada Centre for Community Engagement and Prevention of Violence which “helps to ensure that resources are in place to facilitate disengagement from violent ideologies.”

Except Lorne Dawson, sociology professor at the University of Waterloo who is project director for the Canadian Network for Research on Terrorism, Security and Society, said rehabilitation requires careful effort, but Canada has been slow in building this capacity.

So we will bring them back and give them a home, maybe a car, a computer, a phone, welfare, and then maybe the will like us really, really, really like us, despite the fact they didn’t like us when they had all these things before they left. And then they can go to their local mosque and listen to Imams call for death to the Jews and pray the Al Fatiha that demeans, denigrates and disrespects Christians and Jews.

And we wonder why they went to fight with ISIS?