Why are our leaders not racing to end the lock-down? 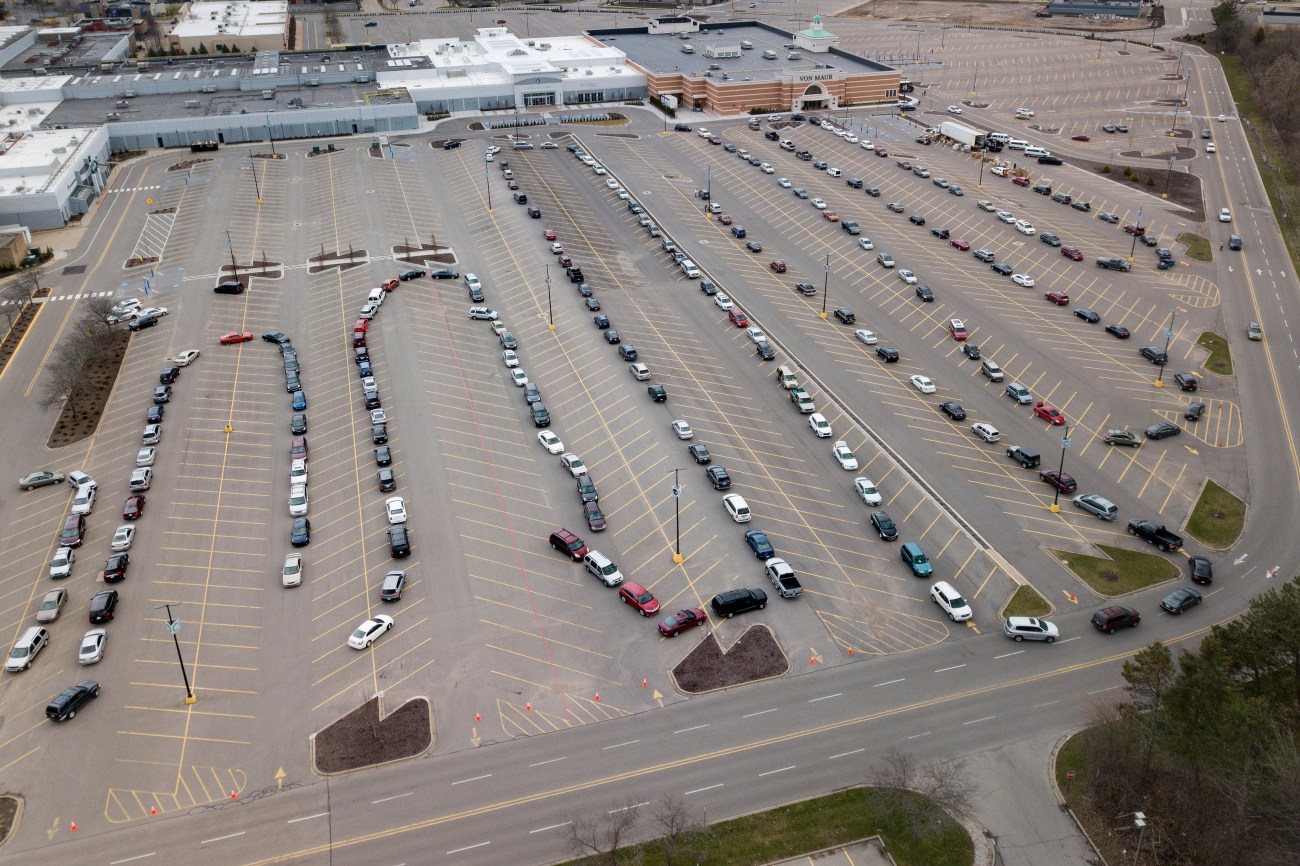 What is happening in the corridors of political power that our esteemed leaders are not racing to end this lock-down that has caused the economic and social breakdown that is ruining the lives of millions of people; a lock-down that promotes fear, enabled and amplified by the media in their daily reports?

We are witnessing millions of people lining up at food banks in counties that are blessed with food, but now not affordable because there is no work for those in most need of work.

Could it be that the political leaders and their assistants are still being paid while so many are unemployed?  Would their decisions be different if these people were not receiving a pay cheque?

We were told that we had to shut down to save our health care systems. They were not overwhelmed and are in fine working order.  And yet, the restrictions continue and in some cases more have been added all to the cheers of the media.

Konrad Yakbusky, an opiner, wrote about the protesters . “It would be wrong to dismiss these protesters as simply ignorant – the coronavirus equivalents of climate change deniers.”  Because the experts have been right in with all of their prognostications, right?  That the goal posts keep moving is no reason not to believe every word they have shared with us trying to convince us the best thing for our societies is to shut them down.

We shut down based on WHO facts. Yet, according to former Chief of Neuroradiology at Stanford University Medical Center Dr. Scott Atlas

“… the overwhelming majority of people do not have any significant risk of dying. This is showing all over the world. And in fact, what induced the panic was this overestimation of what’s called the fatality rate of the infection by the World Health Organization.” And  “…now we know from data all over the world, including the U.S., that a massive number of people have the virus that were either asymptomatic. In fact, 50 percent of people that are infected have zero symptoms.

And then another large percentage have nothing really significant that demands any medical care and certainly not hospitalization. So, when you look at the newer data that has come out, the estimates are that the fatality rate is very low, maybe 0.1 percent. I mean, it’s not sad. It’s not known exactly. But these are estimates. And we also know that when you take the people are going to die. Two-thirds of people from – this is New York data. Two-thirds of people are over 70. 95 percent of people are over 50.”

So why are quarantining the healthy?

Seems the media is cheering those who promote non-stop shut downs. The more draconian the better. The mayor of Las Vegas was attacked for calling for the opening of the casinos, while the Governor of Michigan was hailed. She is honest!

“I never imagined having to use the levers of my office this way to protect the people I serve. Each action taken weighs heavily on me. Each action has been informed by the best science and epidemiology counsel there is. These choices have been tough. They haven’t always been popular. And we will never know precisely how many lives were saved as a result.”

That is honest. We will never know how many lives saved versus how many lives ruined. “Millions may never get their jobs back, their livelihoods forever lost.” Swell. That citizens in her state cannot buy tomato seeds or paint at a store that is already open for business – well that’s just common sense, not overreach, right?

And then there is Florida. How dare the Governor open the beaches so people can get outside and feel the sun on their faces and get some much needed Vitamin D and exercise? The nerve of not demanding social distancing – as if all of these people are on top of each other. Protesters have taken to the streets in multiple states to express their enraged opposition to stay-at-home orders. Hopefully, says this opiner, Robyn Urback, Canada will not be so foolish!

She need not worry. Canada’s PM tried to take control of raising taxes and then spending that money without the approval of Parliament, because of this crisis! We cannot ease up on social distancing! Anyone smell fascism?

For David Shribman, protesting is not appropriate now. How dare these people? Don’t they know that protesting this time is not appropriate?  I don’t remember reading that in the Constitution.  Although, in the past  Americans have stood firm on their right to protest, “Give me liberty or give me death.” This time, says Shribman, their ignorance will lead to “Give me liberty and give me death.” What would we do without the media?

This is so upside down I must have fallen down the rabbit hole and received a concussion. Where are the people who are supposed to keep our politicians, all of them, honest? Where are the deep questions about the failure of the models and the continued  refusal to open up business, especially in the small towns?

Instead of promoting the stories of the dead, how about sharing the plight of the living?

We have leaders who try to find more ways to keep us at home, away from others, away from work rather than sharing ideas getting us back to work, back to the world. And then inform us that the world to which we may someday return, will not be normal. Oh no, it will be a new normal. Based on whose idea of normal?

Perhaps it is time to change the narrative shared by MSM. Instead of reporting on people who have died from the disease; The National Post had three pages of people who had died – I don’t recall pages filled with the stories of people who died from cancer or drug overdose – perhaps we could share the stories of those hardest hit by the shutdown; the working poor and the poor, fragile families.Let’s share their stories and see how the public responds.

Do the facts on the ground match with the shut down? Is it time to end the lock down?

Watch. As of April 29, 2020, this video was removed by You Tube. Seems You Tube decided that these doctors were not trustworthy. I have found another clip includes some clips from that 1 hour video.  We are capable of listening to other opinions and making up our own minds but You Tube has decided for us what is and is not for us to hear-as if we were toddlers. Covid is making fascism possible.

Here is the video