Case of the Abduction of Western Culture by Islam

What has happened to us in the West? When did we become spineless? How is it possible that in a mere 70 years we have forgotten the sacrifices of our parents, grandparents and great-grandparents to protect and defend our freedoms for us?

Muslim leaders talk about war, but it seems to fall on wilfully deaf Western ears. 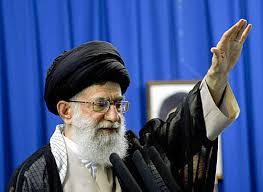 “In every war there is a winner and a loser. If we win and invade the land of our infidel enemy; if we are the winners, it is only natural for us to impose the rules of Islam on the country we invaded.”

There is a rogue state—Islamic State (ISIS)—with no firm borders but plenty of clout, which has declared war on the west; “the infidel.” This state has spread murder and mayhem from decapitations to burning humans alive, and everything barbaric in between, but no need to worry. After all it’s the JV team, all under control. And all the other barbarians, well, they’re just lone wolves.

That these people are as evil as the Nazis, and want the same thing—world domination, is of no serious concern. Fatah leader and Central Committee Member Tawfiq Tirawi declared: ”Hitler was not morally corrupt, he was daring.” 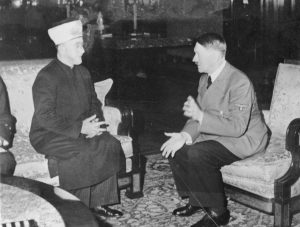 But there is another war going on: the insidious war from within that’s spreading its tentacles throughout the West; snatching our culture out from under us as we play the kind host. It’s aided and abetted by the politically correct, multi-cultural gurus who believe that democracy means allocating equal value to all behaviours. And to protect cultural relativism, the new religion, we have people like Sheryl Sandberg (COO Facebook) pushing to remove any negative comments about Islam.

This is what she said while in Germany, where rape of European women was kept under wraps for fear of offending Muslims. “Today Facebook joined Peter Neumann, The Institute for Strategic Dialogue and the Amadeu Antonio Stiftung to launch the Online Civil Courage Initiative—a joint project to encourage people to speak up against hate. She fails to acknowledge that much that is taught in Islam is hatred for the West.

Yet I don’t hear calls from Sandberg to end the blatant anti-semitism that appears on Facebook.

We are living through the Invasion of the Body Snatchers, a 1956 thriller. Alien plant spores have fallen from space and grown into large seed pods, each one capable of reproducing a duplicate replacement copy of each human. Little by little, a local doctor uncovers this “quiet” invasion and attempts to stop it. We are being invaded by a culture that demands that we drop everything to accommodate them while we remain“asleep” under the influence of the anaesthetic called tolerance, while a foreign culture is taking over our towns, cities, and our local governments.

This culture comes with a sense of entitlement that originates with their teachers who are here in our lands making demands of us-in the name of democracy! Dr. Abdullah Hakim Quick at a Toronto Mosque teaches Muslims to call on Allah to humiliate Christians.

Muslims have laid claim to the land blasting their beliefs, with impunity, into the public square. From mosques in Germany: “The sonorous prayer calls (known as adhan in Arabic) can be heard from great distances when amplified through electric loudspeakers.”  It’s the cry of   Allahu Akbar (“Allah is Greater”). It’s also taking place in Sweden

And on to America where the call is also heard.

All this in the name of freedom of religion —something unheard of in Muslim countries. When was the last time you heard church bells in Saudi Arabia or Qatar?  All this at a time when Christianity is under attack from the same “progressives” who demand that we be open to foreign values.

From Los Angeles to Great Britain there is a sense of entitlement to pray in public and stop the free flow of traffic.  Why do we tolerate Muslim prayer in the streets when we have worked to separate church and state in order for all to be free to pray in their homes and institutions?

Muslims demand prayer rooms in public institutions. About 20 Canadian universities offer prayer space for Muslim students, including Memorial University in St. John’s, the University of British Columbia, Concordia University, York University and the University of Toronto, which has offered part of Hart House up for Friday prayer for 40 years.

Muslims demand that their employers accommodate their many prayer times during the day. And yet, our countries, founded on the Judeo/Christian ethic, no longer honor the Sabbath.

And why do we cower when Muslims make demands on us? Muslim demand for halal food has led to institutions, like schools, hospitals and chain food restaurants, bringing it in despite the fact that Muslims are a minority. In Toronto the Muslim Students Association at U of T Scarborough pushed for a halal-only restaurant because the restaurant that is on campus that provides halal offerings serves alcohol.

Why should any public institution feel obligated to provide any minority with food?  Why are restaurants removing bacon from their menus? Are restaurants going kosher for the Jews? You want halal? Eat at a halal restaurant the way I eat at a kosher restaurant and vegetarians seek out their own places to eat.

And let us not forget Sharia Compliant Funds—a parallel economy in the West siphoning off money into Muslim approved financial products. “Shariah-compliant investment funds provide a means of investing while still honoring the high morals and principles of Islam.”

Muslims are obliged to provide 2.5% of their income to charity. According to the Qu’ran (9:60), “recipients of zakatinclude the poor, the needy, those who serve the needy, and to free the slaves”, but recipients also include “those who fight in the way of Allah” and “people engaged in Islamic military operations for whom no salary has been allotted in the army, or volunteers for jihad without remuneration.” (Reliance of the Traveler, The Classic Manual of Islamic Sacred Law).

So we have Muslims coming to the West and supporting Sharia. More than that, these funds are discriminatory—no Muslim in the West can invest in any product from Israel or a company owned by a Jew.

In 1940 Mahatma Ghandi said to the British “I want you to fight Nazism without arms… You will invite Heir Hitler and Signor Mussolini to take what they want of the countries you call your possessions.

The British fought back.

What has happened to us in the West? When did we become spineless? How is it possible that in a mere 70 years we have forgotten the sacrifices of our parents, grandparents and great-grandparents to protect and defend our freedoms for us?

Our spirit has been hijacked. Our culture is being abducted right from under us in the name of tolerance, accommodation and inclusion. We fear being accused of Islamophobia. We are afraid to stand up and say: Your values are not our values; your morals are not our morals; your ethics are not our ethics.