Collateral damage and the Chinese Virus 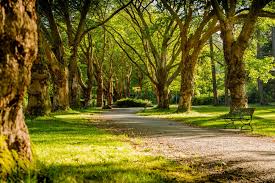 Yes we have a PANDEMIC. Let’s take a look at the collateral damage from this Chinese virus. But first, some history.

We had an epidemic in 2008, H1N1 that killed children. We didn’t shut down our countries, put people out of work. Why? Perhaps because the people dying weren’t overwhelming the health system because it seems to me if we were worried about our citizens, then we would have closed the schools because children were dying.  Global deaths in 2009/10 from the H1N1 virus, revealed about 200,000 people died. Most of them were young adults and children. CDC said H1N1 infected 61 million Americans during the pandemic and killed around 12,000.

This is long term damage.

The CBC, Canada’s National Broadcaster, heard from coast to coast to coast, had a doctor answering questions, April 3.Well, we aren’t supposed to go outside. So what should children do in their homes and apartments? Well, find a fun exercise video. That’s good. Especially in small apartments where there might be a baby trying to sleep. And what about fresh air? Well, and I kid you not, go to a window and open it up and get some sun. Until June, unless otherwise stipulated.

This is our response to a pandemic. This is the best we can do? Lock up the healthy while we wait for the hospitals to be able to care for those with the virus. And why are we doing this? Well, it seems we have people who still want to gather in crowds despite all the warnings. So we just won’t let anyone go out even in small groups. I have a suggestion. Why not lock up the people who are disobeying the laws. Name them and shame them. How long do you think that others will be so selfish? And as prisons are letting out criminals because of the virus, there will be lots of room.

I think you can tell from the smoke coming off the page that I am a tad angry. I am blessed to live in an area that I call the Garden of Eden. I walk outside and I am IN a park. No need to drive to one. Lots of people come here, especially on the fall, to see the autumn colours. But no one can walk on this street any more, or park their cars on the main road leading to this street because of by-laws shutting all the parks. And, it seems, the roads. Only those of you living in the area can walk here, people.  And there are people on this street fighting to keep the street locked down. If they fear for their health, stay home!  We have become a gated community. It’s that old NIMBY!

Before the lock down I talked to people walking along the street. Most were couples or small families, keeping apart from each other. I spoke to a young couple with two small children walking in the rain. They needed to get outside and walk and breathe. I saw a young man wheeling his wheel chair up the street. No small feat. And I joked about the woman standing near him –six feet apart people, and they laughed. They’re married.  But somehow this is too dangerous.  We won’t give the majority of people the right to be outside because of a minority of fools, and these people, who need to get out, can’t.

That I can be outside and walk around while so many others cannot is appalling to me. That we have made it extremely difficult for the majority of law abiding citizens to get away from their four walls and breathe fresh air is appalling to me. As you can tell, I am extremely upset by these rules. All or nothing, while we have all. And this area is not the only one. Easy for people here to call for a lock-down.

When will it become illegal to ride a bike? On public roads.

Nothing like a crisis to bring out the “best” in everyone.

What’s next? Locking people up in their homes? Like China?

I am just curious. How much freedom do we allow others to take from us and our neighbours in the name of public health?  When scarlet fever ravaged the land, people who had the fever were kept at home-in isolation. With a warning on the door! It was deadly. Today, thankfully we have antibiotics.

Scarlet fever, or scarlatina, is a highly contagious condition caused by group A streptococcus, specifically Streptococcus pyogenes infection. The disease primarily affects children aged four to six years old. Symptoms include fever, headache, swollen lymph nodes, sore throat, “strawberry tongue,” and a rash that peels off after two to seven days after its appearance. Most cases are not considered particularly serious, but complications can arise from the illness such as sepsis, acute rheumatic fever, or acute kidney diseases. This more invasive form of the disease has a case fatality rate of 15-20%. Transmission occurs via respiratory droplets or direct contact with mucus, saliva, or skin of an infected person. The disease is treatable with antibiotics. Prevention tactics include handwashing and avoiding direct contact with anyone who is infected. There is no vaccine.

Increased notifications of scarlet fever have been reported since the late 2000’s in England, China, Vietnam, South Korea, and Hong Kong. This is a different type of scarlet fever. In 2018 alone, 1,488 per 100,000 children ages 1-4 in England had the disease.

So it that the CHINESE VIRUS is so strong and deadly that we must be kept inside, or is that our health care failed and the politicians and medical experts couldn’t think of any other way to stop the virus? I wonder because anyone suggesting that we end this confinement is attacked. Why is that? Brainstorming now no longer politically correct?

Is the only answer to a virus that will kill far fewer than cancer is shut down a country? Destroy the economy? Harm the most vulnerable who will lose 3-4 months of school? Put children in harms-way in families that cannot cope? Shut down parks and roads where people walk? Take away personal freedoms for all?

Perhaps we will learn from this pandemic to have designated hospitals for those who catch virulent viruses. These hospitals would store the much needed protective gear for the first responders and the medical staff. They would store extra ventilators. Pity those lessons weren’t learned after H1N1. And learn from President Trump to call in the hospital ships from the military right away. They, too, could treat those afflicted with the virus, leaving other hospitals to treat everyone else. The system in place now hurts people with cancer. In America 600,000 people die each year from cancer and in Canada almost 300,000. Elective surgeries have been postponed. Elective sounds as if it weren’t serious. Not true. We aren’t talking about cosmetic plastic surgery.

In Israel a call has been made to stop elective surgery.  Prof. Alex Weinreb and Prof. Dov Chernichovsky, warn that in addition to the direct mortality from the virus, it will almost certainly have indirect “collateral” mortality effects due to the reallocation of medical resources which are limited to start. “We expect mortality rates from other causes to rise as hospitalization of coronavirus patients increases…”

A hospital administrator said, “I understand the need for beds to treat coronavirus patients, but cutting back on elective surgery that has been in place for a week already will come at a terrible cost.”

“We need to leave 50% of beds for other seriously ill patients … any less than that is criminal,” he said, adding, “Are we not to treat strokes and heart failure? Are we not to operate on cancer patients?”

I just read that masks may be a good idea!  Now, where will we get them?

So I ask again, is this the best we can do?

Here is Dr. Jay Bhattacharya, a professor of medicine at Stanford University. He is a research associate at the National Bureau of Economic Research and a senior fellow at both the Stanford Institute for Economic Policy Research and the Stanford Freeman Spogli Institute. his report from March 24,2020.